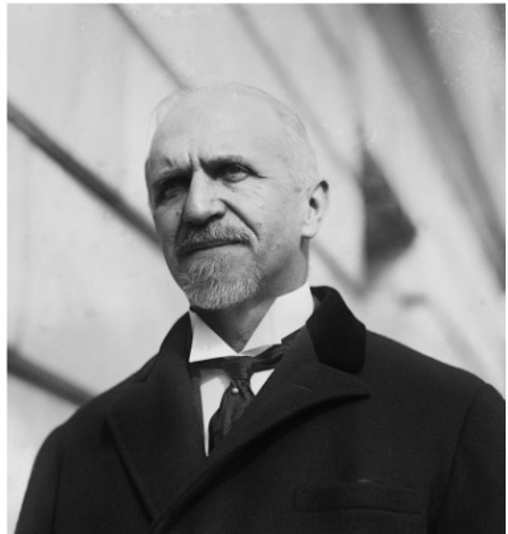 Isn’t it funny how certain facts about a legendary collector get caught in your mind, even when they appear superfluous to the philatelic tale? And Ernest R. Ackerman (1863 to 1931), a New York born, American Philatelist, and US Congressman, has plenty of relevant facts surrounding his philatelic proficiency to get excited about. Such as he started his career as a stamp dealer and went on to be one of the greatest American philatelists of his time. Which is why it’s even more curious that the fact he attended the maiden voyage of the Cunard liner RMS Lusitania, which sailed from Liverpool to New York on September 7th 1907, is one of the details that fascinates so very much. However, it does have a place in the philatelic portrait of Ackerman.

Of course, if you know your maritime, or even first world war history, you’ll know that the Lusitania, rather unfortunately, was sunk by a German U-boat, just off the Irish coast in 1915, killing 1198 passengers. Clearly, Ackerman wasn’t anywhere near danger making his crossing in 1907, but no doubt he felt a little crosswind when he heard of the fate of the cruiseliner being torpedoed, and so many civilian passengers losing their lives onboard a ship which he’d travelled, upon its historic first journey. Mind you, I bet he felt a positively chilling gale when on the premonition of his wife one evening they vacated their hotel in Tokyo, Japan, leaving the city behind them, only to find-out that days later the city was leveled by a catastrophic earthquake.

Apart from the apparent dalliances with tragedy, these snippets do also indicate that our stamp collecting protagonist was a peripatetic philatelic man. In fact, his globetrotting was related to his love for acquiring stamps. He travelled over 500,000 miles and purchased over 25,000 different stamps, which vividly illuminates his philatelic profile. Another is that in 1911 Ackerman’s US collection won him honors in Chicago, and the following year he crossed the transatlantic again, this time to London, exhibiting his British Guiana, which won him a Gold Medal. It is well known that he assembled what was at the time one of the best presentations of this mythical stamp producing South American country. Ackerman also had a world-class collection not just of his native America but also Spain, but it was his competing in London where he fostered a profitable relationship with our philatelic legend #21, James L. Lindsay, who at the time was the president of the Royal Philatelic Society London, and such a significant show of material from a major British Colony, by a transatlantic traveller and US senator, would have captivated the 26th Earl of Crawford, in not just his capacity at the head of the prestigious philatelic society. And was it at this juncture that Ackerman secured the hotly controversial US Postal Essays from 1857 to 1893 from this eminent British philatelist ‘Crawford’, who was one of the first to attribute any importance to the collection of Essay and Proofs. Certainly it’s another close-shave we can not ignore, because these rather valuable pieces of US postage proofs were acquired by Ackerman from Crawford and then bequeathed by the former, to the United States Library of Congress. 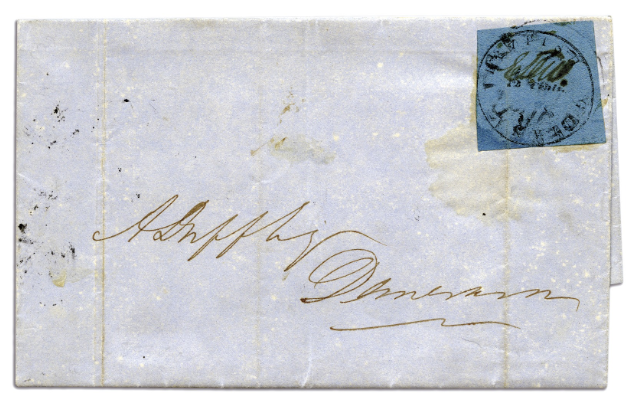 But it was some 19 years after his death, they eventually, in a much reduced format than Ackerman had intended, arrived at the Library of Congress, and now reside in the Smithsonian Institution’s National Postal Museum in Washington DC. The reason for the two decade delay in arriving at their intended beneficiary was down to litigation proceedings regarding ownership of these stunning stamps – his family contested the gift, or certainly the scale of it. This unpleasant legal tussle sank the parts of the collection which didn’t make it to the museum, being diverted by the legal battle to auction by the family, with prices for these unique Proofs and Essays sunk below expectations – the buyers hedging their bets on account of the risk that ownership could again be contested.

It was a seismic mess, but in truth just dust and rubble given the enormity of Ackerman’s entire collection and the startling fact that, and not widely commented upon, he purchased from Charles Phillips, Stanley Gibbons in the US, along with the stock, goodwill and book debts of this famous British establishment, when they decided to close their American branch. Ackerman laid-out the sum of $110,000 for the stamp retailer’s business, and went on to engage Phillips as an agent for several large acquisitions of stamp collections in the following years.

Ackerman eventually received recognition for his philatelic prowess in 2000, by being named on the American Philatelic Society’s Hall of Fame, and what is a curious detail, and one that isn’t superfluous to our tale, is that Ackerman never made it onto the Roll of Distinguished Philatelists, but that will not alter the fact that he is one of the all time legendary collectors of that era, and is our very own Philatelic Senator.

Next time on Legendary Collectors we should finally meet our Philatelic Explorer J H Harvey Pirie, who we’ve promised for some weeks now. But if another legend takes the stage it will be worth the wait.