Legendary Collectors #13 – The Uncle of Philately

So we’ve just painted a picture of the King at the head of the Roll of Distinguished Philatelist, and admired the landscape in which George V inhabited, with those majestic royal blue albums he so skillfully sculpted. And the next portrait we must sketch out is a man that spent many an evening alongside HRH King George sorting stamps. Henry J. Duveen (1854 to 1919), a Dutch born partner in the famous art firm Duveen Brothers, had a contemporary eye for all things fine and rare.

As well as joining our King on that Roll as one of the original fathers of philately in 1921, Duveen amassed a collection estimated at the time to have been second to only that of Tapling, and if you’ve followed this series closely, you’ll know that in his day Tapling had the world’s greatest collection. Duveen was amongst the philatelic elite and produced a world collection, all pre 1896 material, which included many rarities, such as the British Guiana ‘Miss Rose’ cover franked with a pair of “cotton reels” and more than one mint example of the Post Office Mauritius, which Duveen purchased from the Avery collection. 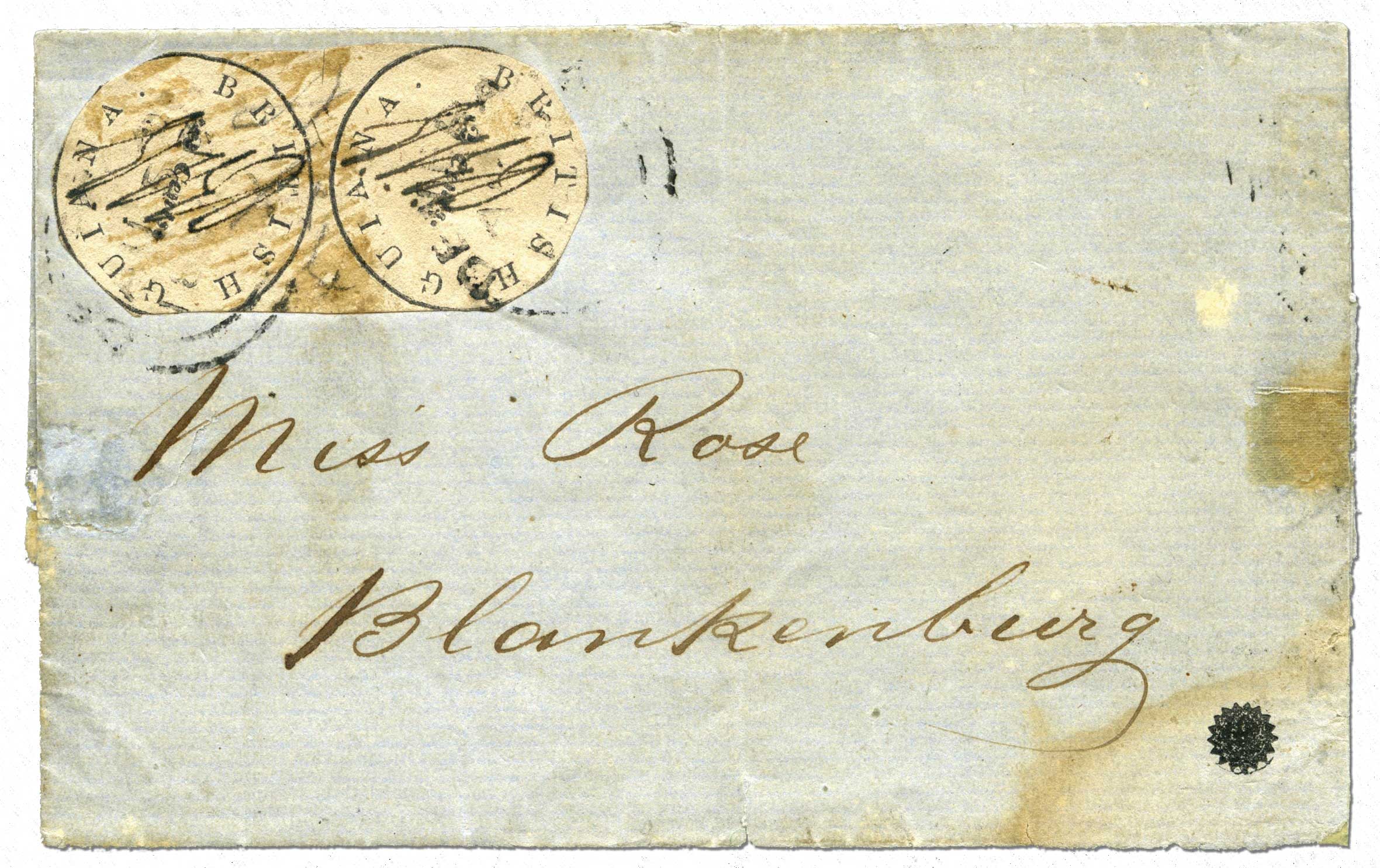 Duveen also had ‘The Hawaiian Missionary’ 2c and 13c stamps on piece, and with a philatelic expressionism he etched aesthetically pleasing studies of British Guiana, Great Britain, German, France, New South Wales, and the Transvaal, and also covered the even abstract aspects of Shanghai, Japan and Switzerland with a futurism that made items from his collection sort after by the likes of Liechtenstein, Hind and even King George V all who acquired material from the Duveen collection, and some of which is now held in the Royal Philatelic Collection.

The Duveen Brothers business rapidly became successful on both sides of the Atlantic and the wealth generated for Henry Duveen enabled him to have the pick of the material which became available around the late 1890’s and early 1900, and he preferred pristine mint stamps, in large blocks and multiples, although he did have a broad collection that included many used items. He purchased from the collections of Ferdinand Breitfuss, William Avery, George Worthington, the Earl of Crawford and John Seybold. It was recorded that his collection soon included over 250,000 items.

With such a large selection of material, Duveen recognised that he was assembling a world renowned collection and employed the expert help of Edward Denny Bacon (who is to feature as #16 soon) – who later became the curator of the Royal Philatelic Collection between 1913 and 1938 – to assist him prepare for exhibits and displays. These won Duveen a silver medal at the International Philatelic Exhibition of 1906 in London, and then a Grand Prix at the International in New York in 1913, and in addition, with the help of Bacon he won Gold medals for his Mauritius and Great Britain entries as well as seven other Gold medals.

As a man Duveen was genial, engaging and likeable, and his benevolence prompted clients to affectionately call Duveen ‘Uncle Henry’, and these customers were the real personalities of this era, because Duveen attracted the famous and rich to his New York art gallery and was known to regularly rub shoulders with the likes of J. Pierport Morgan, Benjamin Altman, Henry Frick, Jay Gould and John Rockefeller.

After his death in 1919 it took Phillips over four years to sell Duveen’s collection; it was that immense, and it raised over $680.000.00 – the proceeds of which were donated to the Royal Ear Hospital in London. The image you get from viewing Duveen’s portrait today is a man who had a colourful palette, could turn his hand to all the philatelic genres, and was just as conceptual, as he was contemporary in his composition of rarities. If Henry Duveen was around today he would no doubt be the catalyst for a renaissance in all things philatelic, not necessarily because he had that eye for detail and an artistic flair for capturing the very best material. No. Because Duveen was popular and relatable. In fact so much so, that he’d be known as the Uncle of Philately.