Legendary Collectors #1 – The “Papa” of Philately

Etymology is a great word! In fact, so is ‘derivation’. Etymology being the account of how a particular word came about – the derivation of a word. Quite literally the birth of a word.

The reason for mentioning this is that I’ve been musing on the unusual ‘origins’ of the featured 1842 1d red entire which was sent from France to England. You’ll be aware that covers with an English franking are rare, such as lot 30028 in the upcoming June 30th-July 2nd 2020 auction. 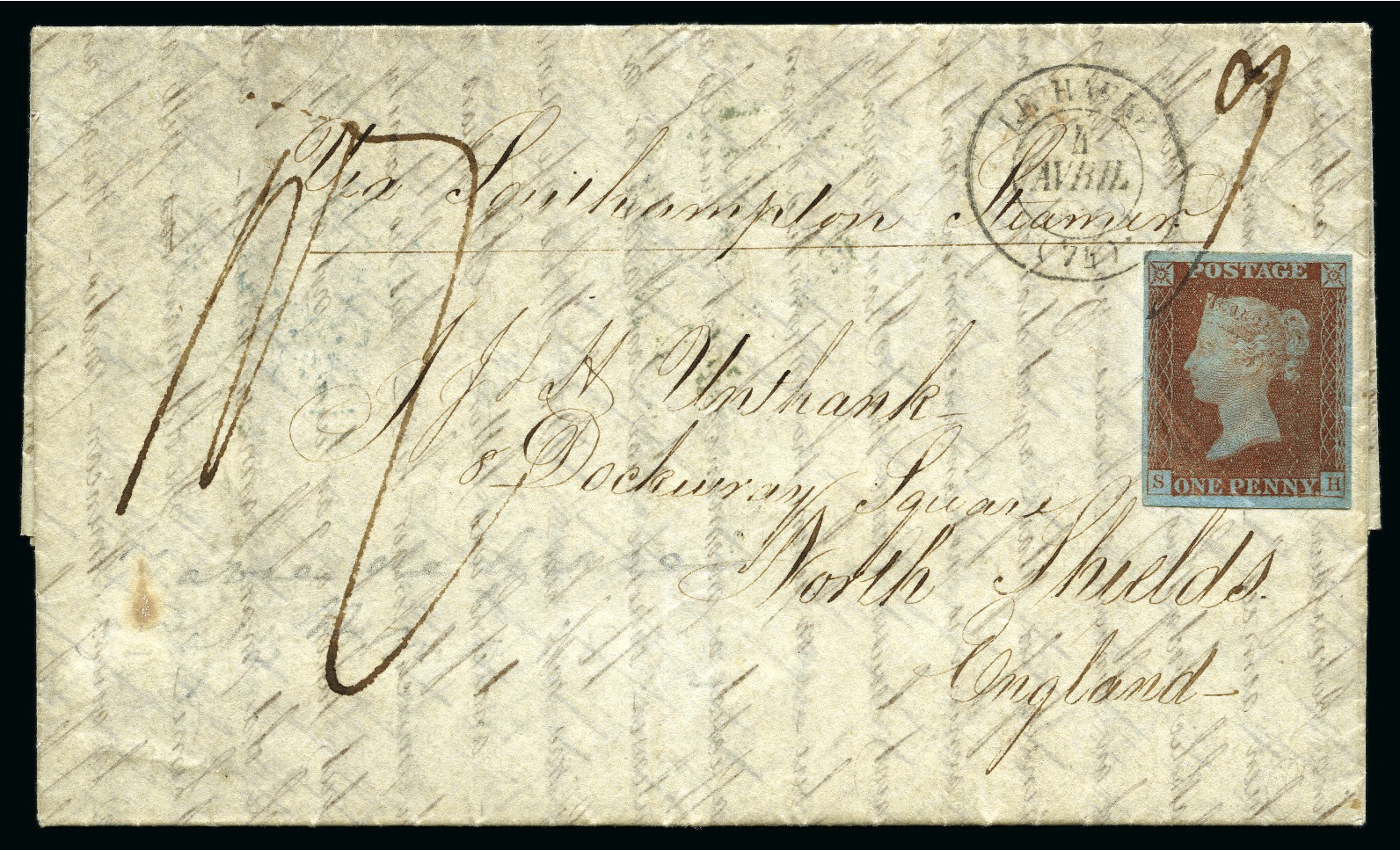 It got me thinking about the origins of our hobby – Philately.  Not the person, or persons who started it. Because that seems to be up for debate, with various differing stories of who, when, and exactly where – although they seem to agree it couldn’t have started before May 6, 1840.

Having studied a bit of Greek many years ago, it wasn’t a surprise to learn that Philately is in fact from the Greek “Phil”(o) meaning attraction or affinity, and “ateleia” meaning exempt from tax. Put them together and you get “Philatelie”. Hey-presto ‘Philately’ is born.

Although before you run off and thank the Greeks for the gift of Philately, hold your Trojan horses because, like our featured cover, it is in fact France we need to pat on the back for the creation of such a distinguished word for our hobby. A French guy by the name of Georges Herpin to be exact, who became a Dad to the fledgling activity way back in 1864. And look how Philately has grown up and is now fully mature across the World.

We owe Georges a great deal of gratitude, because guess what? We could all be labelled “Timbromanists”! Yes, he didn’t like it either. It apparently means “stamp quest”. Imagine how hard it would be to attract new collectors if this Philatelic realm we know and love was called “Timbromanie”?

And when you think about it, Georges was quite a clever chap. Because whilst we can appreciate why he was keen to re-brand things back in 1864, his logic also captured the essence of what the introduction of stamps had achieved.

The first part of Philately’s derivation needs no explanation, however the reason he chose the second part was because the introduction of postage adhesives (stamps to us today) meant that the receipt of letters was suddenly free of charge (ingenious, as we well know), it being the case prior that postal charges were paid on recipient of a letter – ridiculous to us now but a bugbear to budding philatelists like Herpin back then. Thus he joined these two alluring characteristics together.

Example of a cover sent unpaid by the sender: Lot 20009 in our June 30th-July 1st auction, an 1820 (1.2) Folded part entire from Port Louis to London, England, bearing superb strike of the 2-line ‘PORT LOUIS/UNPAID’ despatch hs

So our Philatelic Dad, for we can’t officially don him a ‘Father’, as he isn’t upon The Roll of Distinguished Philatelists, didn’t just pluck a name out of the air which he thought would add a bit of ‘Je ne sais quoi’, he mused about it himself and assembled a small but perfectly formed word to describe our hobby.

I’ll tell you something else for which we need to thank Papa Georges. He was responsible for getting us English into the wonderful realms of Philately to – well, certainly we can trace some significant Philatelic origins from his involvement with one of the founder members of the Royal Philatelic Society London. In fact, Papa George sold his entire stamp collection to Frederick Philbrick – yes, you’ll see his name and image up on The Distinguished wall of Philatelic fame! But I bet you didn’t think for a minute that he brought a collection in 1866 from the Papa of the word ‘Philately’?

More about Mr Philbrick and ‘The Royal’ in next weeks Legendary Collectors article titled “The Father of Philately”, but before you return to sorting and developing your own collections, just take a moment to muse the origins of ‘Philately’, and give our Papa Georges a heart felt “merci beaucoup”.

You can read the next article in this series about our “Father of Philately” in Legendary Collectors #2.