Auction of the outstanding “Imperium” Collection of British Guiana

This is a unique opportunity to acquire material from one of the most important and comprehensive collections ever formed of this famed British colony, which has long held philatelic legend status as one of the most coveted regions to have produced a set of primitive issues which encapsulates many of the World’s rarest stamps. The auction will take place on Thursday 14th October 2021, including all the items sold by David Feldman SA in 2014 which were part of the Grand Prix winning collection of British Guiana formed by John E du Pont, but also notable rarities added to the collection over the ensuing years from both auction and private treaty purchases.

The collection is a pre-eminent study of the three key iconic British Guiana primitive stamps; the 1850 “Cotton Reels”, the 1852-53 Waterlows, and the world-renowned 1856 Provisional stamps both on and off cover. Also included are a presentation of the pre-stamp period, the British Post office in British Guiana, Postage Dues, and the Inland Revenue issues. This fascinating far-flung part of mainland British West Indies, which resides on the northern coast of South America, has always attracted the attention of the world’s greatest collectors and as such the material boasts the Provenance of the world’s most famous philatelists such as, Count Ferrary, King Fuad, Burrus, Dale-Lichtenstein, Champion, Hind, Duveen, Townsend, Hubbard and of course du Pont. 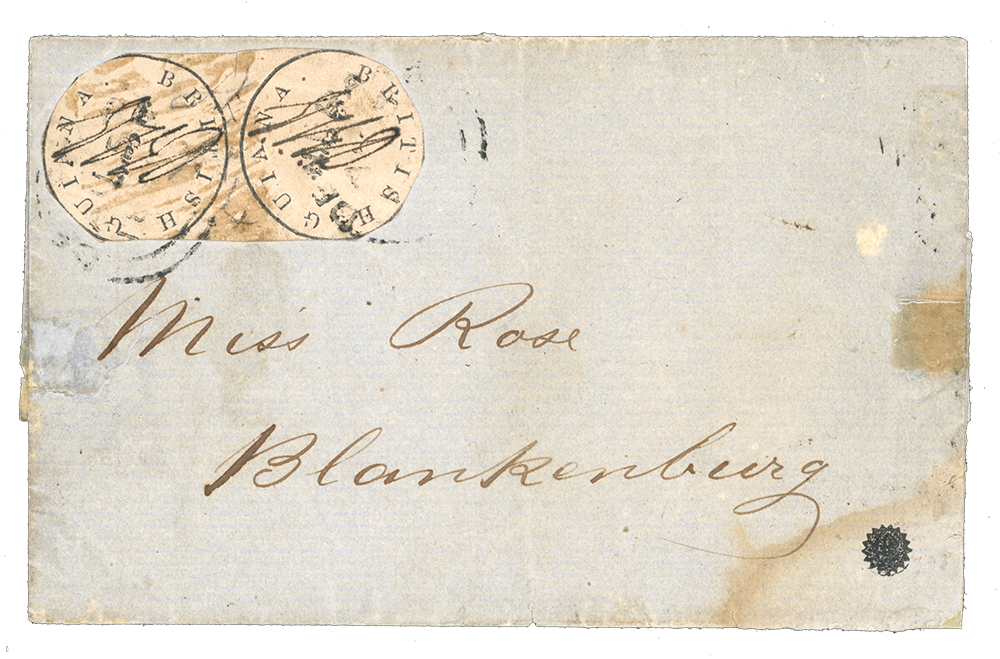 The collection includes several world classics including the 1850 “Two Cent Cotton Reel”, which is ex Rene Berlingin, and also the legendary “Miss Rose” cover, which is one of only two covers that exist with the 2 cents issue, and was once in the collection of Claude Cartier. The unique “error of colour” or “2 cents instead of 12” cover, described by Robson Lowe in the 1963 Burrus auction catalogue, ‘as important as the 1856 “One-Cent on magenta”’ – the World’s most expensive stamp that recently sold at auction for $8.3m. Other highlights include a series of the 1852 “Tall Ships” issues of the One Cent and Four Cents in astounding quality, examples of the celebrated 1856 Four Cents on Magenta “Provisional” Issues as well as the rarer 1856 Four Cents on Blue.

It is a great honour for the Company to have been entrusted with the unreserved offer for sale of this distinguished British Guiana collection, which is without doubt the most comprehensive we have ever offered, now eclipsing the John E. du Pont collection sold in 2014. It is decorated with great world rarities, including stamps of remarkable quality in the very scarce, and often fragile, primitive issues. It will be an auction of this territory which is unlikely to be equalled again for a generation, and a rare opportunity for any serious British Guiana collector to acquire elusive, unique and world-famous material. Indeed, as a collection at auction it is comparable in both stature and rarity to our offer of the legendary Kanai Mauritius in 1993. 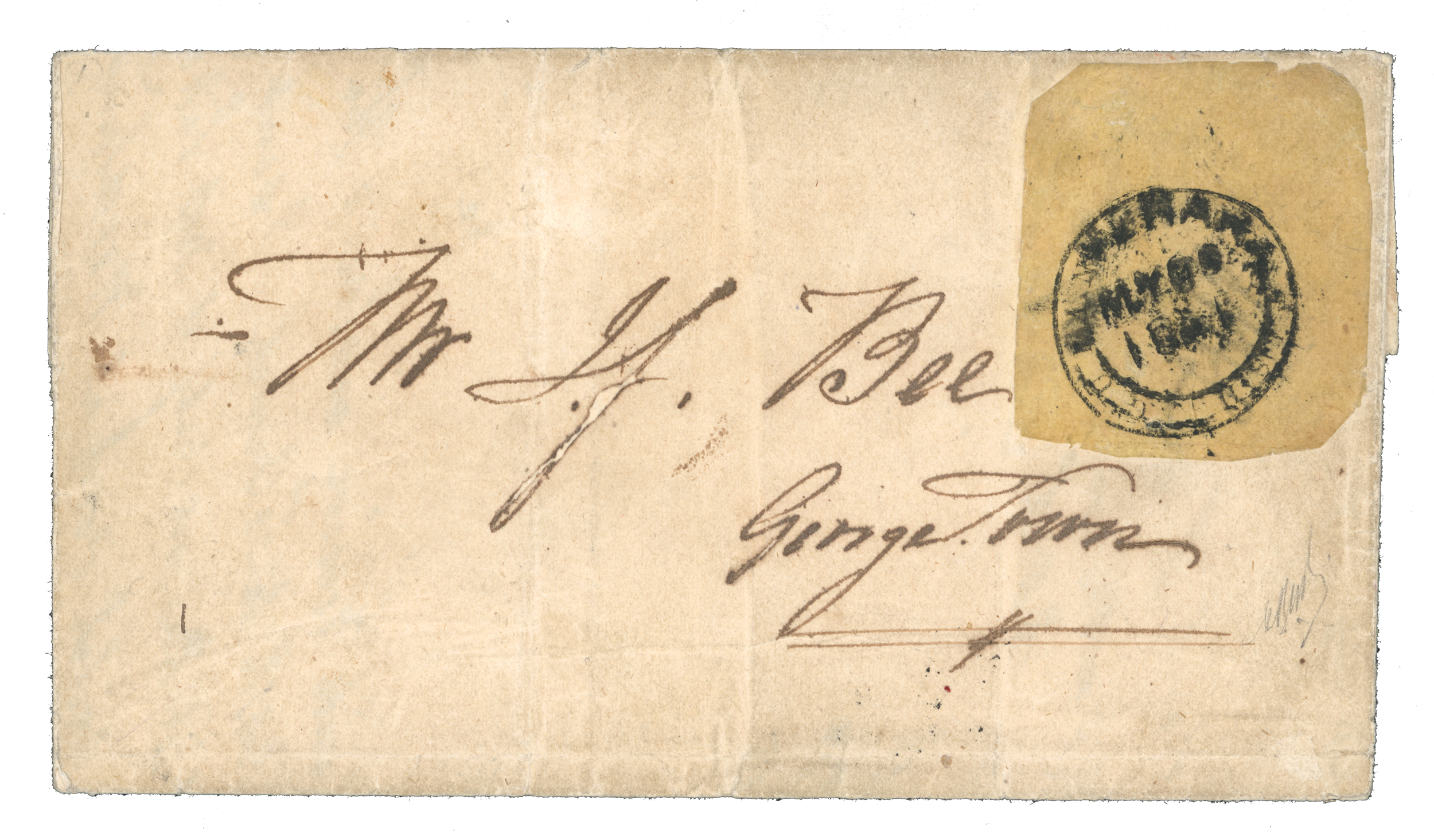 Cotton Reel 8c pelure paper, the most beautiful of all covers from this issue, ex Dale-Lichtenstein, Burrus, du Pont 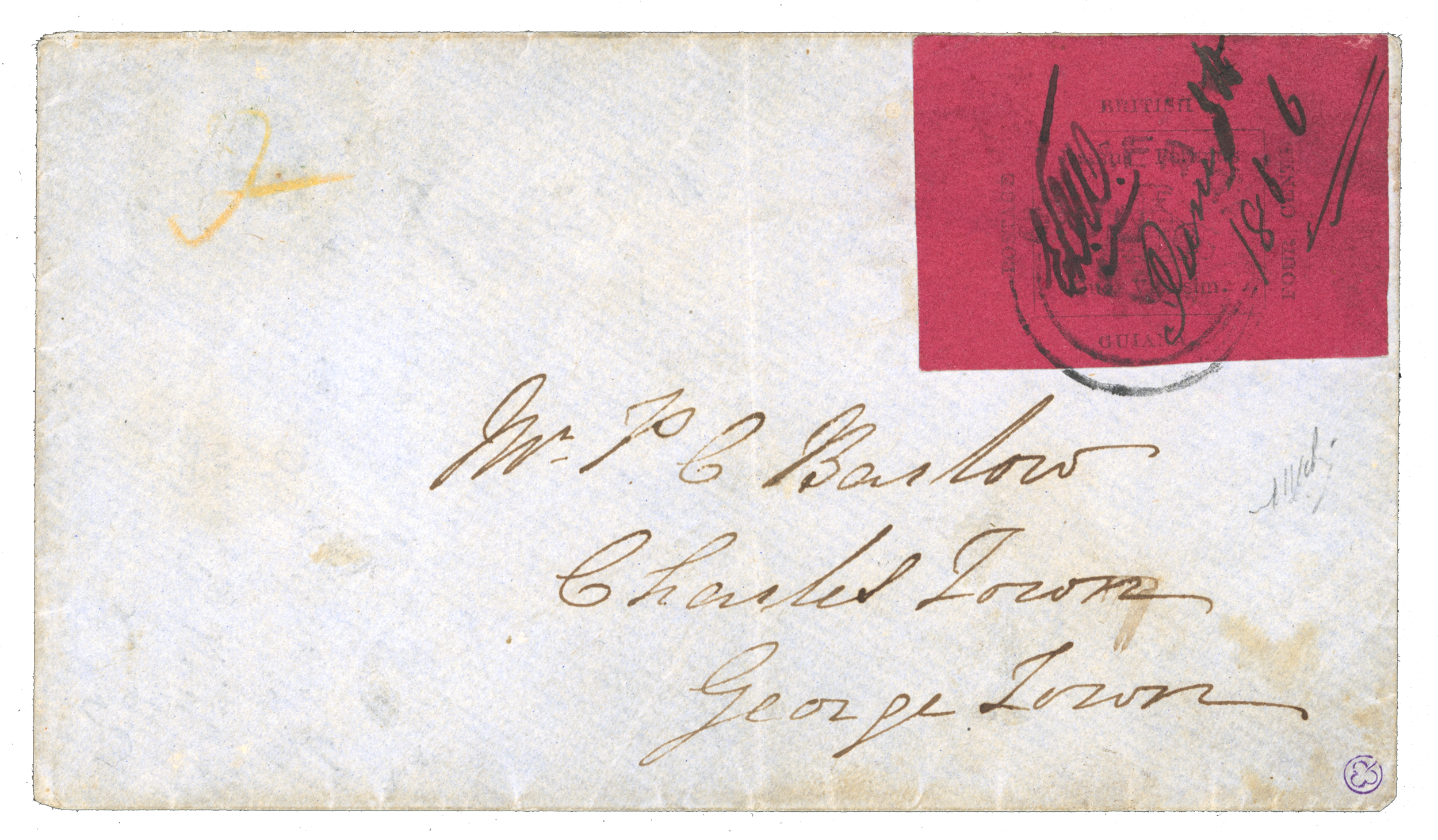 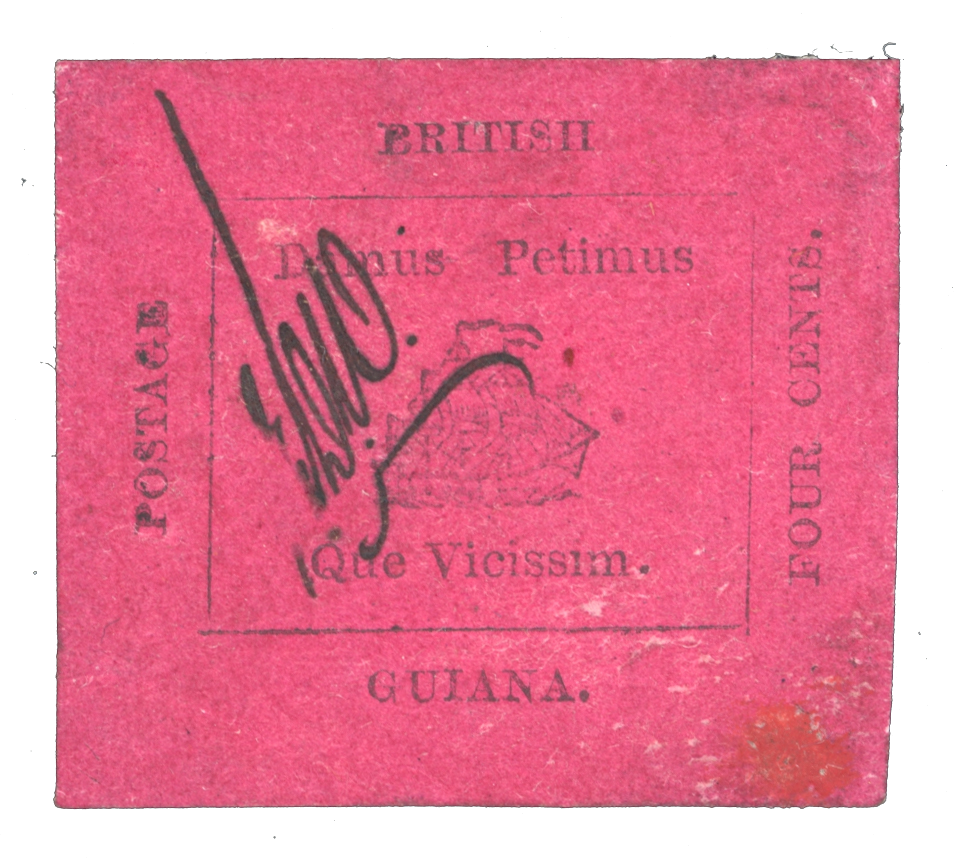 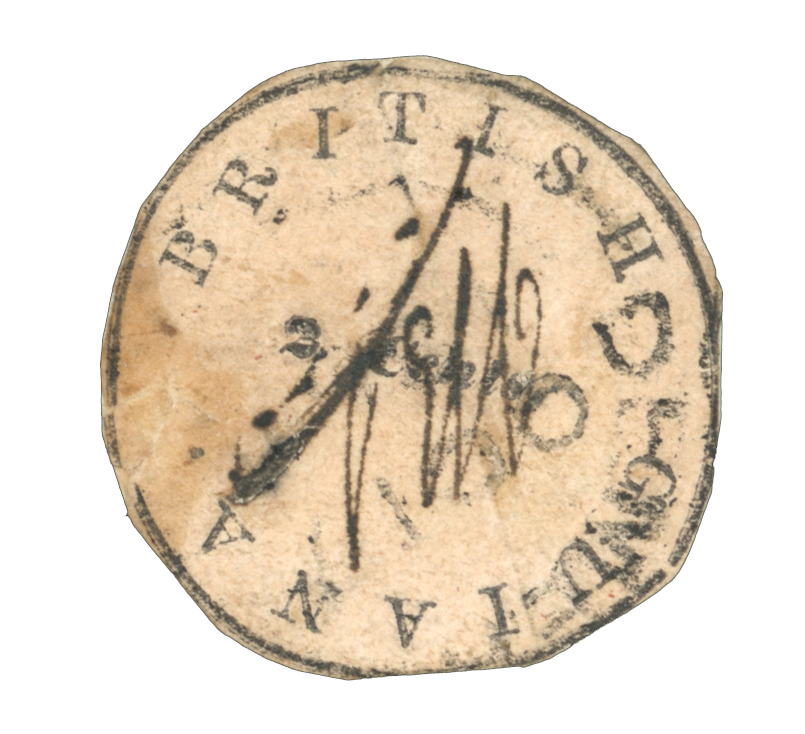 Cotton Reel 2c used, one of only 2 known singles

The collection will also be presented at the Autumn Stampex Exhibition in London, from September 29th to October 2nd 2021; following the London show, the collection will be taken to New York for viewing. The collection then returns to Geneva in anticipation of its sale with viewing available from October 11th.

The British Guiana – “The Imperium collection” is exclusively available to view electronically on the Museum of Philately website, having been kindly loaned for exhibition on this digital platform. Visit the site for further details:- https://www.museumofphilately.com/collection/34