It’s philatelic poetry that Edward ‘Stanley’ Gibbons was born in June 1840, the same year and only one month after the Penny Black came into existence.

You can’t escape the impact Stanley Gibbons had on the world of philately, and again it seems an incredible coincidence that his influence on our hobby is not dissimilar to the iconic stamp the penny black, which he shares his birth year.

Although Edward ‘Stanley’ Gibbons (1840 – 1913) was an apprentice pharmaceutical chemist in his father’s shop in Plymouth, it is well documented that ‘Stanley’ – as he was known, started collecting stamps in 1854, apparently at 15, possessing a Western Australia 1d black, ‘and’ a 1d Sydney View of New South Wales. He soon developed a taste for selling stamps for a profit.

Thus his father allowed Stanley to set up a stamp desk in his chemist shop, which allowed Stanley to continue his passion for collecting stamps and develop his own business trading in stamps. And soon after his father’s death in 1867, Stanley sold the chemist business, and moved to London to fully devote his energies to philately. Stanley Gibbons London, which is still with us today, stands as a reminder that Stanley is a Philatelic Legend. And he went on to leave a legacy much broader than being a world renowned stamp dealer.

Whether Stanley Gibbons took any inspiration from our legendary collector #8 Oscar Berger-Levrault for his stamp catalogues, we’ll never know for sure, but Stanley certainly owes at least an acknowledgement to the Frenchman who came up with the first stamp catalogue, because Stanley Gibbons are famous around the world for their stamp reference catalogues today.

At 14, Stanley produced an advertised price list for stamps in 1864, showing his staggering entrepreneurial acumen at such an early age, and by the time he was 50, in 1890 he sold his business to Charles Phillips for £25,000 and promptly retired; although staying on as the Chairman of Stanley Gibbons up to his death in 1913. 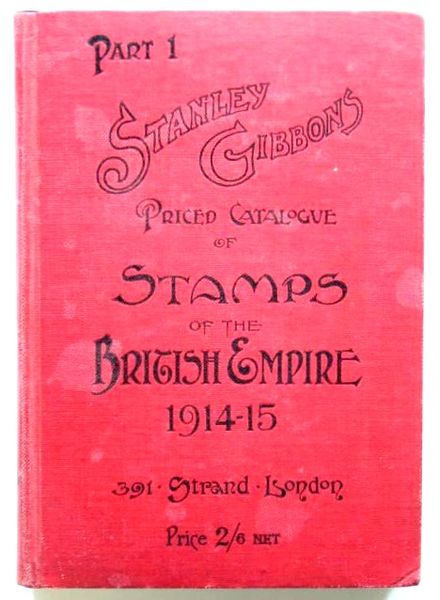 To put some perspective on Stanley’s achievement in the philatelic realm, by my calculations £25k is the equivalent of over £2m today. And that sort of cash went a long way in Victorian times. So, having swapped his wedge of stamps and catalogues for an even thicker wod of cash, Stanley travelled the world. And who wouldn’t. But this collector continued to buy stamps on his travels, many for Stanley Gibbons in London, and he maintained his interest in the hobby, stating he had a six volume collection, although rarely purchased stamps because they were too expensive. And that is also testimony to the part Stanley played in developing the interest in stamp collecting. The hobby had developed and grown such that it was to become the hobby of Kings, and again the Royal warrant speaks volumes of his contribution.

However, and this is maybe why he isn’t often heralded as a Lord of Philately, it would be remiss not to mention the back story, or perhaps more aptly the black story? Because a lot of mystery and speculation surrounds our penny black Victorian millionaire.

Stanley had a total of five wives, which in itself is probably an interesting sideshow worthy of more column space, but remarkably all these wives seemed to die, or go missing; four of whom were very young when they died. And the nature of their death are either similar or unexplained.

Articles have been written over the years suggesting Stanley’s knowledge of chemistry and pharmaceuticals and the unfortunate coincidence of five dead wives are linked. You’ll have to make your own mind up, and I won’t mention his death, or place and position of, which again are shrouded in sordid gossip. Let’s put it this way, for many reasons, Edward ‘Stanley Gibbons’ wouldn’t look out of place in a period drama, possibly thriller, about his life. But best leave that one to Netflix.

So, to conclude, Stanley Gibbons must go down as a legendary collector, who as a result of his young love for stamps, has left an indelible mark on our hobby, and still does today. Find me a stamp collector who hasn’t heard of Stanley Gibbons, and I’ll show you someone who hasn’t heard of a Penny Black. The destiny of both seemingly sealed in 1840.

If it is no coincidence our philatelic lord shares his birth year with the Penny Black, it will forever be a mystery why there were so many other coincidences surrounding his life.

The next Legendary Collector #10 we will meet is the Gentleman of Philately – Sir William Avery, and you can catch-up on the previous eight Legendary Collectors: Part 1, Part 2, Part 3, Part 4, Part 5, Part 6, Part 7 and Part 8 by clicking the links.