Legendary Collectors #12 – The King of Philately

Ok, so far we’ve got eleven legendary collectors, including a duke, a lord and even a prince, most of the worlds greatest collections and huge sums of cash splashed all over the world. What’s missing?

Two things. The first is the twelfth person. As you know no legend, biblical or otherwise, would be complete without ‘the twelve’. Not even a clock, or a year, or a round table for that matter. And second, yes, you’ve guessed it, we are missing a King.

Fortunately we saved a throne, and we’ve been expecting the arrival of the twelfth apostle of philately for a while now – in fact you were tipped off in Legendary Collectors #3, when we couldn’t call Ferrary the King because there are a few proper kings eagerly anticipated. 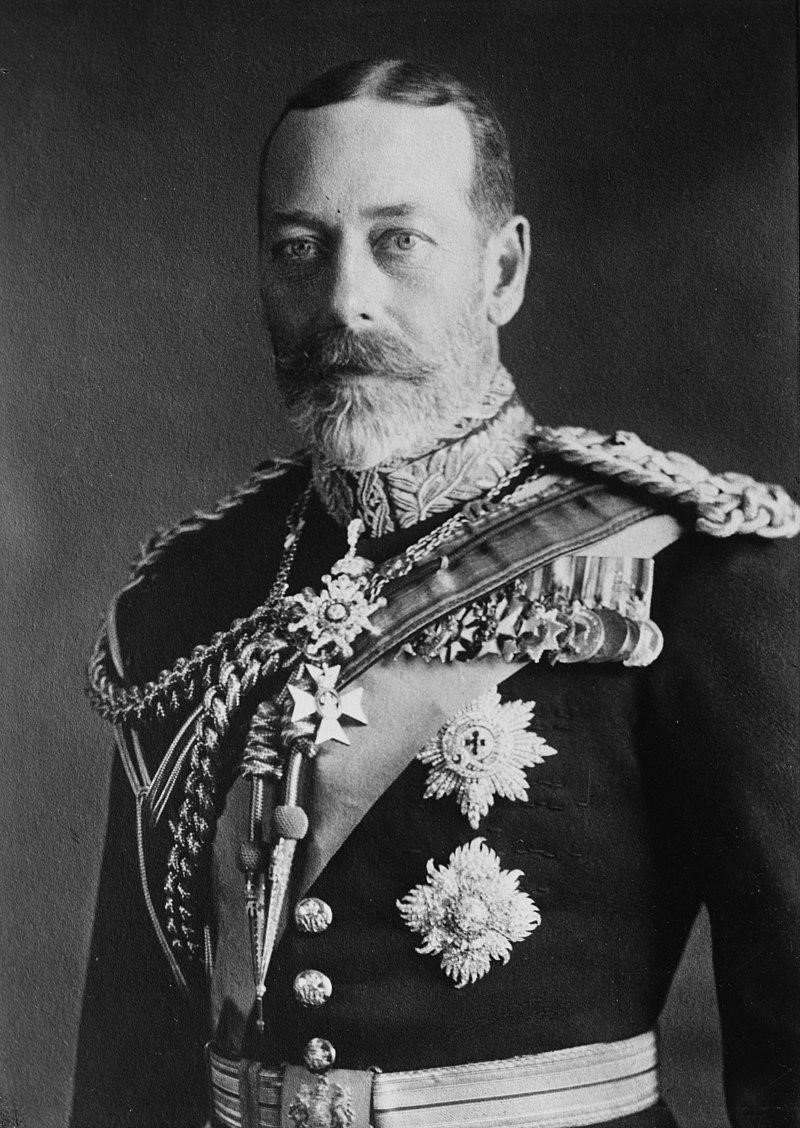 As you no doubt know King George V’s name is inscribed at the very head of the Roll of Distinguished Philatelist, in recognition of his knowledge and his lasting contribution to the hobby of philately. This all happened way back in 1921, so it wasn’t my idea to put him at the head of this gathering of philatelic greats, it was a much more distinguished, and probably better qualified bunch of philatelist, so we can take it as philatelic gospel, that King George V, is a Legendary Collector of majestic proportions.

However, we are not here to chat about the details we already know, like the Royal Philatelic Collection being on a par with The Tapling Collection, if not actually a bit better, and certainly some of that is down to our King. And we don’t need to talk about him assembling at the time the most comprehensive British Empire collection. You know all that. What is much more glamorous and intriguing and less spoken about is his legacy.

How about The Royal Philatelic Society London, affectionately known as ‘The Royal’? If it wasn’t for the then Duke of York appealing to his father King Edward VII, it would still be called the ‘Philatelic Society London’. Hmmm. Doesn’t have the same ring. There wouldn’t be any ‘Royal Philatelist” as we don them, or Royal Experts as again we nickname them. No, he put that philatelic society on the world map. Chalk that little gem down to King George V.

And what about the world’s most expensive stamp? Here’s a good one. If our King hadn’t underbid Arthur Hind in the Ferrary sale of 1922 by $10k, that stamp would be sitting in the Royal Philatelic Collection, just think of all the fun we philatelists would have missed out on if that was the case. Such as; being sold to Hind, then nearly sold in 1935 for £7.5k to Percival Pemberton, then sold in 1940 for  $40,000 to Fred “Poss” Small, then it was sold again in 1970 for $280k to a syndicate of Pennsylvanian investors, headed by Philatelist Irwin Weinberg, and who exhibited it worldwide before things got really glamorous and John du Pont paid $935k in 1980, before Stuart Weitzman paid a world record price of $9.4m in 2014.

Notwithstanding all that excitement, what about the headlines? Come on! They are still talking about that last sale even today. That’s elevated stamp collecting to a whole new audience that wouldn’t have even got up out of their seat let alone given it a second glance if our King had bid a few thousand more. So, we can chalk that one down to King George V as well.

What I’m trying to say here is, King George V was mixing it good and proper with the likes of  Burrus, Caspary, Hind and Ferrary and Tapling before they died. Whilst King George V sometimes came off second or third best, he often beat these guys to the prize rarity. But the truth is, it’s not always about the collection, albeit our King had that with bells on. It’s about his influence, his credibility, his enthusiasm, his desire and sometimes his discretion. And above all that his leadership. Not a dictator, no he led this hobby like a sovereign head of a nation. Because when we look back at the legacy King George V has left the world of philately it is difficult to see anyone who has made such an impression, and such a lasting one, and led in such a symbolic manner.

Of course it helps being a member of a Royal family, and becoming King did us all the world of good. But reality is, when it came down to it King George V did more for philately than any monarch before or since, and whilst on the subject of Royalty, even his collection was blue blood. Did you know that his portion of the Royal Philatelic Collection is known as “The ‘Blue’ Collection”. Queen Elizabeth II is in green albums and called; The Green Collection, and King George VI The Red Collection. Our King of Philately is as blue blooded as you can possibly get in majesty as well as philatelic terms.

Put it this way, if you accidentally cut King George V with a pair of sharp tweezers, his blood wouldn’t have been blue, it would have been Philatelic. The throne of the United Kingdom he may have taken because it was his birthright and he had no choice in the matter. The throne of philately he took because he wanted to and ultimately because he loved stamps.  So,let’s all be upstanding for; The King of Philately. “To The King!”