There is a strong argument for us to have slotted Charles Nissen (1880 to 1944), a British philatelist, author and stamp dealer, into these proceedings after Edward Denny Bacon (#17) and before Charles Lathrop Pack (#18), because Nissen won the Crawford Medal in 1922 for the book he wrote with Bertram McGowan, which is basically the bible on the plating of the Penny Black. I suggest this argument because Bacon won the Crawford medal the year before Nissen, and Pack won it the year after Nissen. But then if we are being picky, Nissen left this philatelic world to join Bacon and Pack some 6 or 7 years later, and anyhow you already know I jumbled a few legends recently, not least delaying Crawford (#20) himself whom this said medal is named after, and who was actually waiting for the three of them to join him in the philatelic heaven in the sky for some 25 years.

But these articles are not postage stamps which need to adhere to a strict chronological order or abide by any scientific rule set out in a philatelic reference book. Unlike, the rather splendid book Nissen and McGowan produce back in 1920s, a copy of which I have right here beside me, and which even for the non-specialist philatelist is an astounding reference aid because basically Nissen came up with the idea that every ‘single’ penny black stamp could be plated by defining certain distinctive characteristics of each printed plate, then describing the specific characteristics of each individual stamp and then producing photographs of every position: AA to AL down to TA to TL (240 on each plate), and these images are the coup de grâce to any mistakes you might make in plating, because they illustrate the differing position of the hand-punched check-letters. Boom! It’s genius.

It was a mammoth undertaking in terms of study and production of actual data. There were 11 penny black plates, but 12 requiring photographic images and accompanying data because there was a plate 1a and 1b  – that’s 2’880 different positions, which means Nissen and McGowan had to reconstruct all plates with stamps and study each one and write a description. It’s mind boggling. However, thanks to this book anyone can plate a penny black, from a novice collector to seasoned expert just by comparing their stamp with the photographs and reading the distinguishing features to hone their decision. How cool is that. It’s the go to reference book for any serious line engraved collector of Great Britain penny blacks, but also appreciated as a magnificent piece of philatelic literature. 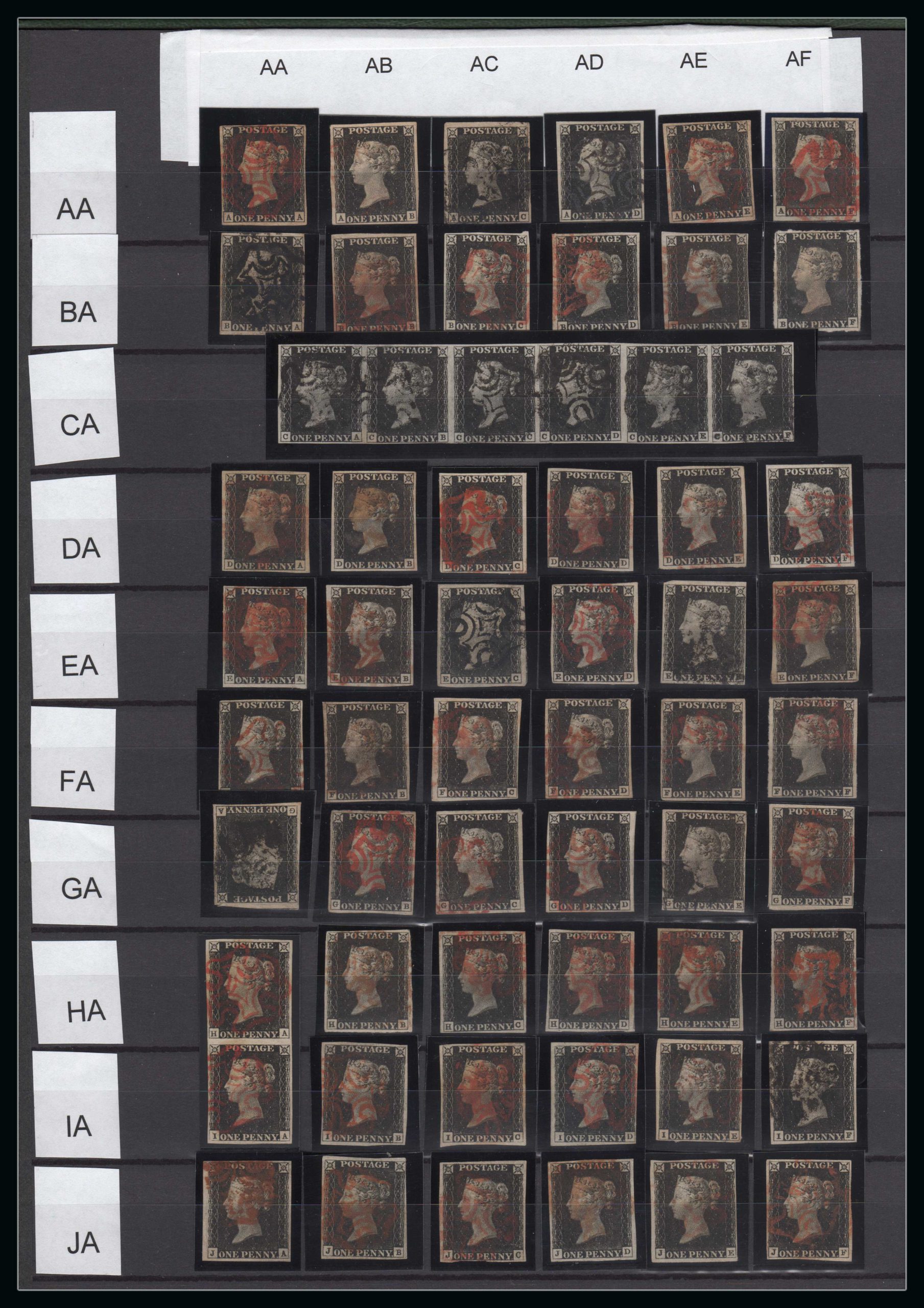 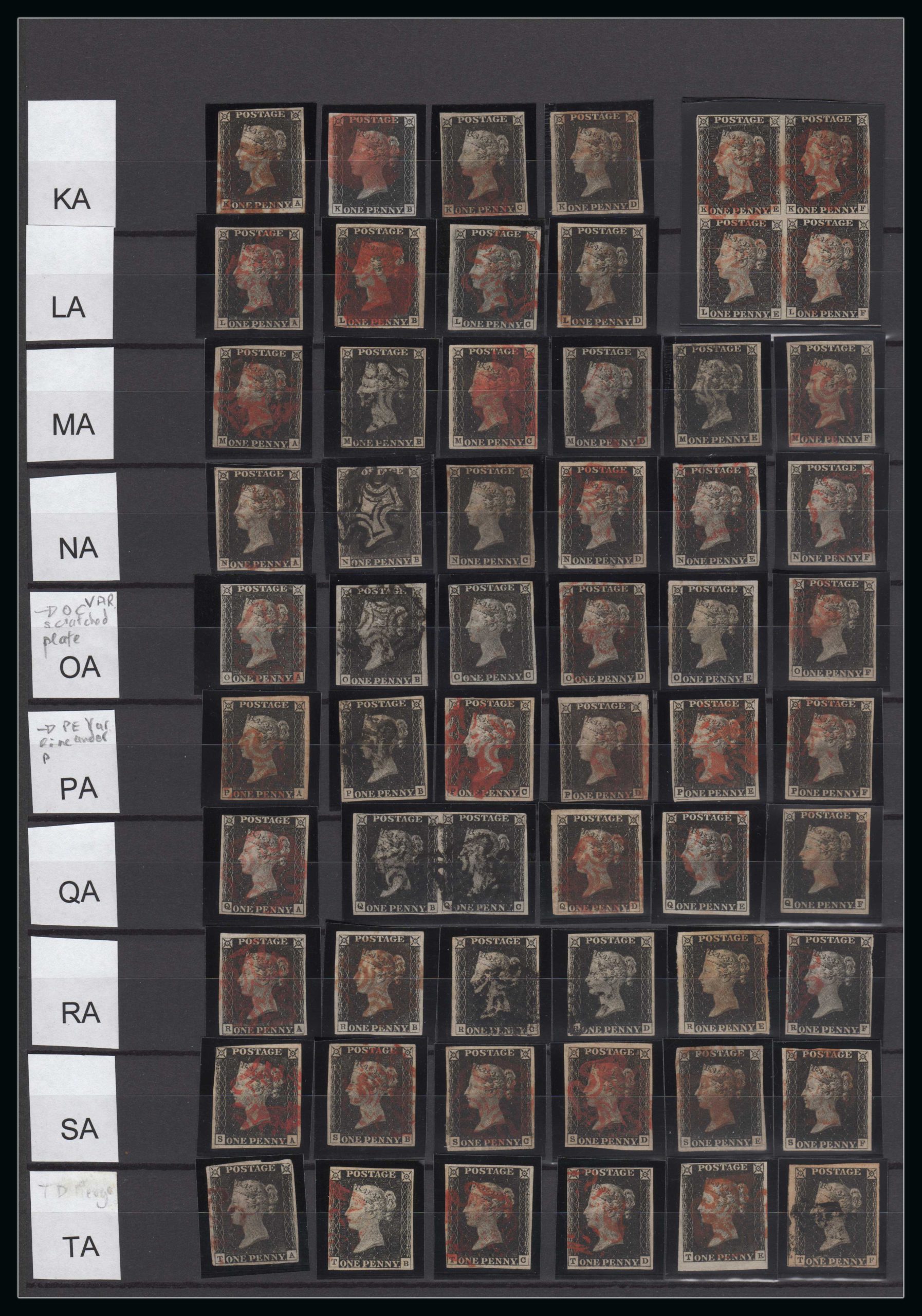 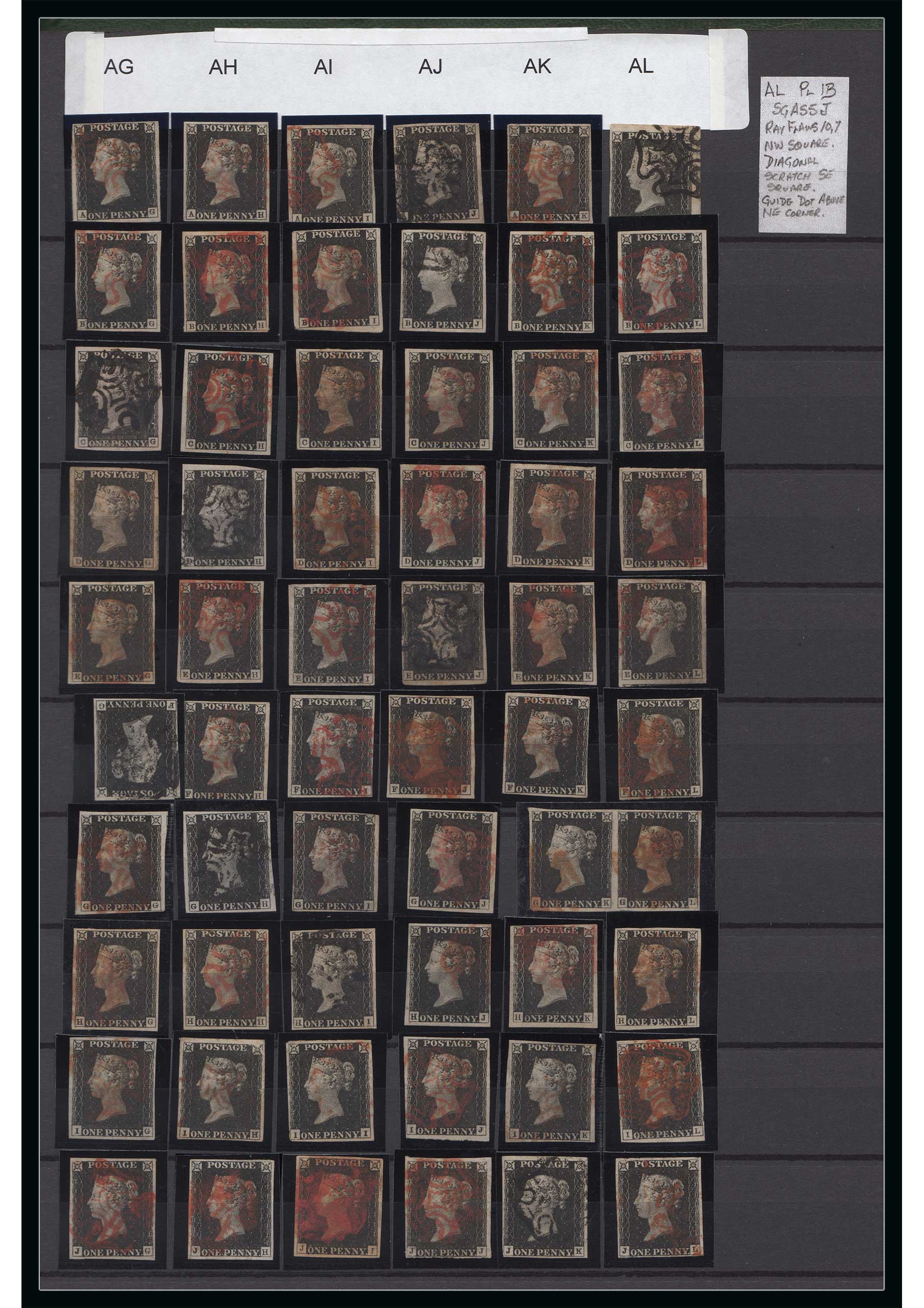 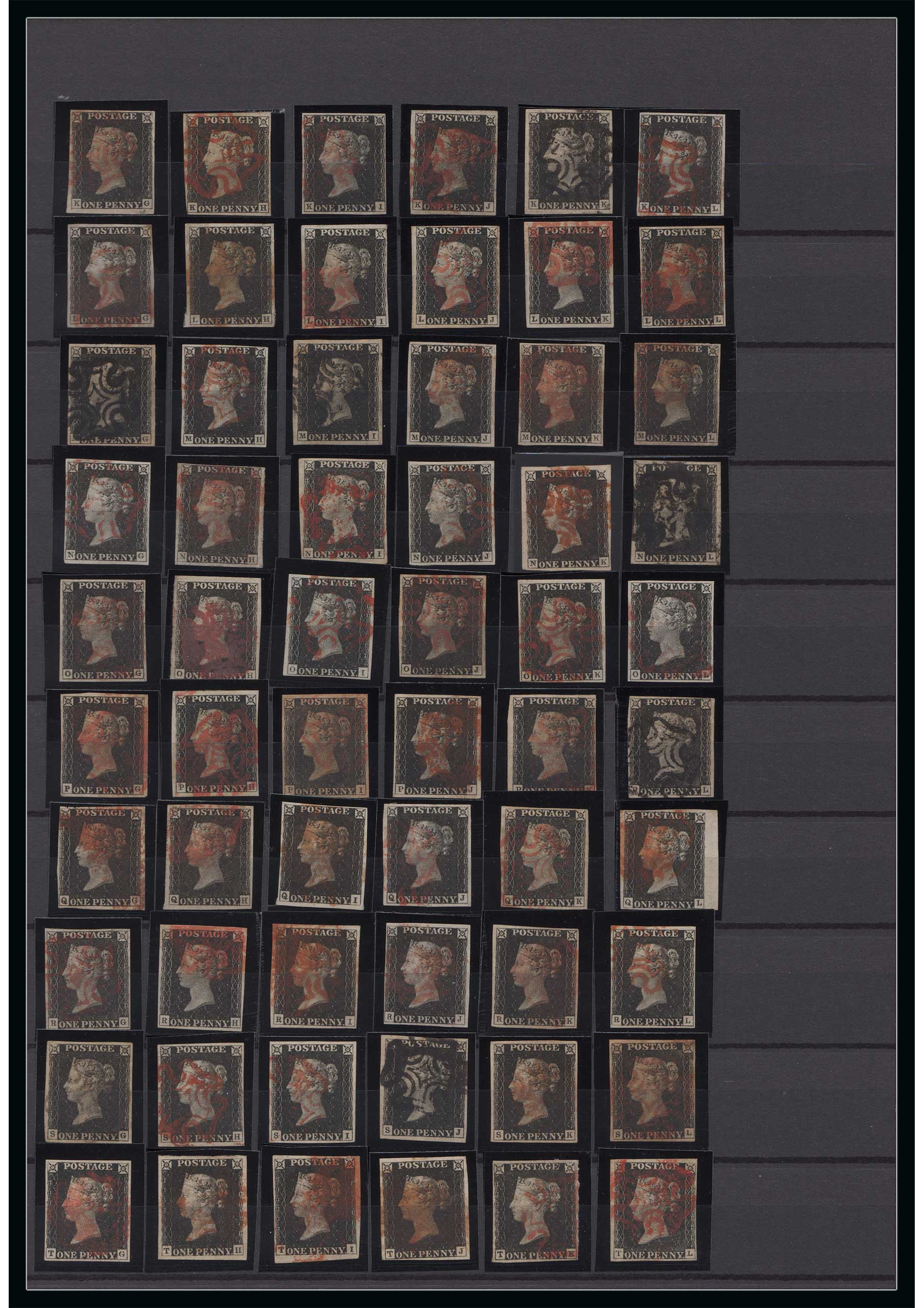 A complete plate reconstruction of the sheet of 240 stamps from AA to TL, all with four margins, including a strip of six, a block of four (creased), two horizontal pairs and one vertical pair, the rest being fine to very fine singles (incl. two with inverted watermarks), many with clear strikes of the MC and better than average margins.

That’s not all Nissen is famous for because how about discovering the infamous Great Britain Queen Victoria stock exchange forgery of 1872-73, which Nissen discovered when sorting masses of telegraph forms used at the London Stock Exchange. Nissen uncovered this way back in 1899, but one has to wonder how come no one had found it before. Maybe it is because Nissen had an investigative eye for detail which certainly served him well in his later ‘plating exploits’, because he spotted that on these forms there were one shilling stamps which had impossible check-letters and then on closer examination that they didn’t have watermarks.

The incredible aspect of the story is that nobody knows exactly who was responsible for this scam and although it is believed that a clerk or number of clerks working together at the Stock Exchange Post Office London used these forgeries on the forms and pocketed the one shilling telegram fee, it isn’t known even today if that is the case or who or how many one shillings they profited by. But it is thought to amount to a fortune. Certainly more than Nissen would have received for spotting the fraud. So, Nissen gets legendary status for these two wonderful contributions to our philatelic world. But his talents didn’t end there, because Nissen was also a formidable dealer of stamps and a top class auction agent, who even acted as an agent for King George V and helped build the Royal Collection during King George V’s majestic custodianship, and Nissen’s company ‘Chas. Nissen & Co. Limited’ had a Royal warrant, which Queen Elizabeth II maintained even after Nissen died.

As you’d expect these rather glamorous philatelic activities earned Charles Nissen a place on the 1923 Roll of Distinguished Philatelists, and here lies the most compelling reason we waited until now to report upon this legendary collector post-hence our friends Bacon and Pack, and that is because both the latter signed the Roll in 1921. So all that is left is to name Charles Nissen; The Philatelic Agent, in recognition for both his philatelic detective work, and for representing our King of Philately in the procuring of Royal philatelic material.

In our next episode of legendary collectors we meet Alfred Caspary, before we get really glamorous and sit down with King Carol II.