If you cast your minds back a couple of pages you’ll recall our armour plated Alfred F. Lichtenstein, and our next legendary collector doesn’t just share his christian name with our sheild-bearer, he quite literally walked the same streets and pavements. Alfred H. Caspary (1877 to 1955), also an American philatelist, and often referred to in the same ilk as Lichtenstein as “one of the greatest philatelists in the world”, has much more in common with Lichtenstein because he was a founder member of the Philatelic Foundation Expert committee to which Lichtenstein set-up, and likewise Caspary is named on the American Philatelic Society Hall of Fame, being added in 1977. Caspary was also given the honor of signing the Roll of Distinguished Philatelist in 1953 although he was too unwell to travel to England to sign it, but his signature was obtained and added to the Roll later. Caspary was advisor to the Expert Committee of the Royal Philatelic Society London which speaks volumes to the level of respect the industry had for Caspary around the world.

There are other similarities, such as our little tale of Lichtenstein going under the pseudonym “Atlaticus”, and Caspary is known to have done the same when lending material to Life Magazine, for an article they did in 1954 titled “Stamp Album Worth $1,000,000”, and Caspary donated examples of his material under the pseudonym “Pacificus”. Which if not a disciple of St. Francis of Assisi, then it’s a rather unpleasant parasitic insect. Clearly these elite philatelists of this era had some kind of code name when loaning material, and given the closeness these two giants of the philatelic realm had between them, I’d suspect they must have agreed these pseudonyms among themselves and perhaps were having a bit of a giggle at our expense. Whatever the reasons, it doesn’t alter that Caspary formed one of the greatest stamp collections in philatelic history which included an exceptional collection of the world and some very tasty specialised studies of the infamous US Postmaster Provisionals, Carriers and Locals, and Confederate Postmaster Provisionals. For example, in 1921 Caspary purchased the unique cover known as, The Alexandria Blue Boy, which sold in a David Feldman SA auction for US $1million – the highest price ever paid for a US item in 1981. It is a cover that has also been in the collections of, John Robert Boker, Jr. and Erivan K. Haub. 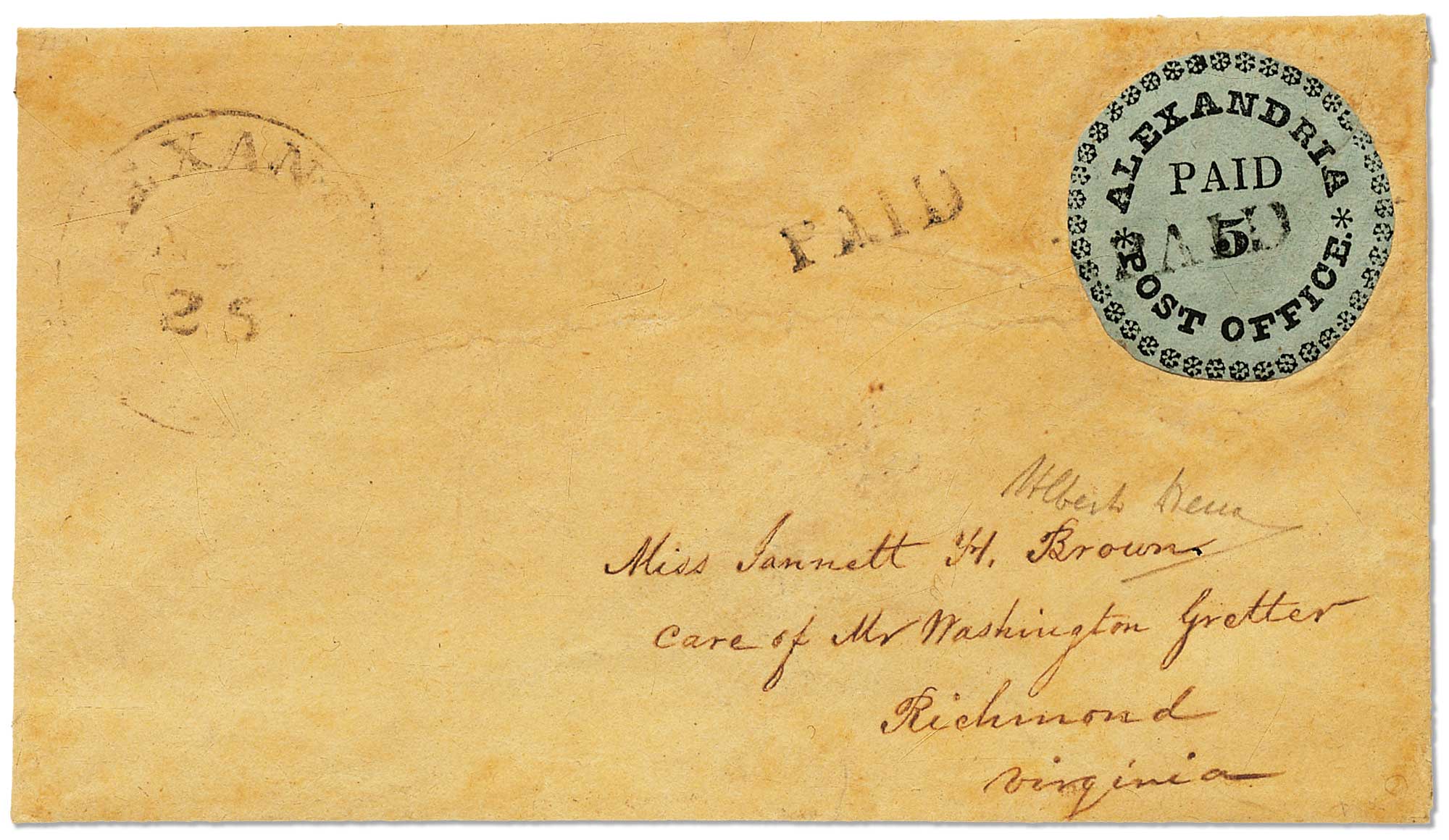 Once in the collection of Caspary: “The Blue Boy”, sold by DFSA for US $1m

Despite all this Caspary is something of an enigma because whilst he would lend material for study he wasn’t the type of man to write articles or rely upon a  philatelic library. He possessed an incredible amount of knowledge and detail across the philatelic spectrum and could recount in depth facts off the cuff, but it all seemed to be stored in his head. A man with a great mental capacity for information, and extraordinary memory powers.

The other puzzle that is hard to reconcile is, despite this gift of memory, he also appeared absent minded about the stamps he’d purchased and rather casual in the way he stored and maintained his collection. It is noted in a number of commentaries that Caspary didn’t arrange or display his collection well and often rare items would just be in envelopes and or loose on an album page. He also misplaced items he’d purchased, some were lost. His albums were apparently shabby and worn, which is odd because he is known to have had high to unrealistic standards on quality of material, often refusing to buy an item because it didn’t meet his quality requirements. And if asked to exhibit, which he was at the 1947 CIPEX, which you will recall Lichtenstein was organising, he turned up with the material in albums, unorganised, loose on pages and needed the help of another to pick and decide what should go on display, and indeed required support in arranging it on the frames. It’s all a bit of a conundrum.

However, this didn’t stop Caspary from being one of the all time legendary collectors and it has to be said that he was a shy, modest and unpretentious man, some say to a fault. But he was respected, liked by most and as with Lichtenstein, if ‘Caspary’ appears on the Provenance in any David Feldman SA auction the item is held in awe and appreciation. It’s easy to see why he is a legend but it is a little more tricky to put a title on Caspary. However, reading insights from the very select few who were permitted to visit his home and see his collection, and knowing his refusal to buy what might be described as ‘current fads’ and his knowledge of the rarities of the world and his eye for quality, you have to call Alfred H. Caspary, The Philatelic Connoisseur. 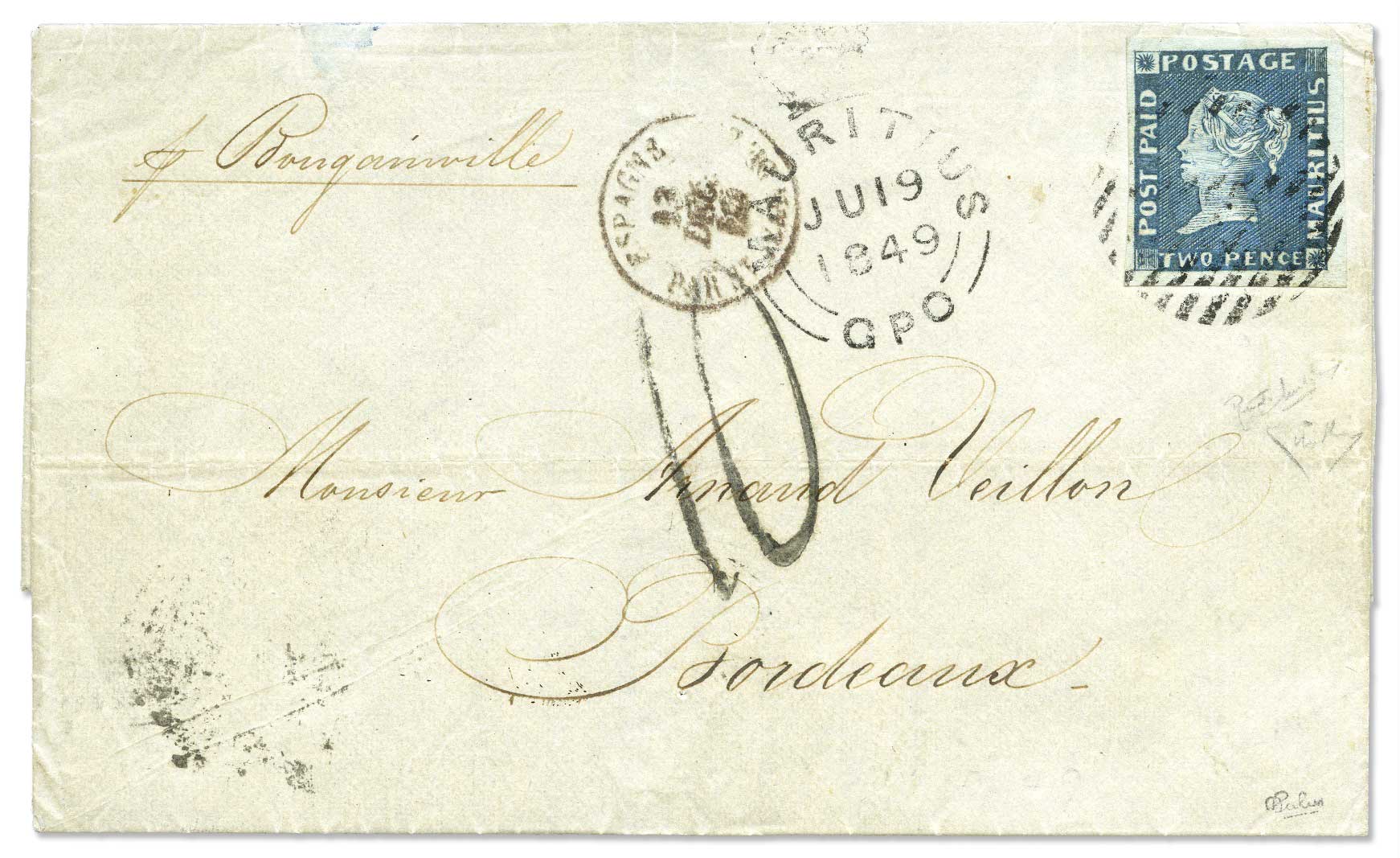 In our next episode of legendary collectors you are in for a real treat, because we meet King Carol II, and then you will need to take a deep breath because it’s Maurice Burrus the following month.