Legendary Collectors #5 – The Librarian of Philately

So we’ve established that our Duke owed much of his success to our trailblazing Prince. And if Ferrary is forever entwined with Tapling, then Tapling will forever be indebted to our next Philatelic Legend, William E. Image (1807 – 1903).

The first thing you notice about William Image, a Surgeon from Norwich, is that he got in very early. Apparently Mr Image started collecting in 1859, which by anyone’s standards is quick out of the blocks, and indeed he was actually ahead of the game. Ahead of our Duke Ferrary, and even ahead of our Prince Tapling, right up until 1882, when he sold his entire collection to the said Thomas Tapling, and as you already know, Tapling by 1891 had the world’s greatest stamp collection. But Tapling owed much of that title to William Image.

Because, in 1882 William Image had a better collection than Tapling, and our canny Prince spotted the strengths Image had acquired in British Guiana, Australia, Mauritius, USA, Philippines, and unused Europe. Tapling, a successful businessman, waved the Princely sum of £3000 under the nose of our surgeon and the rest is philatelic history.

That could have been it for Image, the story ending limply, although not a bad claim to fame, helping Tapling to the top of the philatelic mountain. However, if we take a closer look at matters, perhaps even a more forensic examination, for that was a field Image had acquired medical knowledge, as well as poisoning cases, then there is another legacy and also a lesson our East Anglian Surgeon left for us.

First the legacy, and that was to ensure you have a good philatelic reference library. No self respecting philatelist would be without a healthy stock of books to help in the identification and study of our stamps and covers.

We all strive to obtain these often rare and elusive tomes, but all recognise their value.  And this is why I have called William Image ‘The Librarian’, because he donated his collection of philatelic literature to The Royal Philatelic Society London, in 1886, which basically has become the cornerstone of The Royal’s library. Staggering contribution, when you think that some of these books are worth their weight in gold.

But. And here is the lesson for us all. Our Librarian was sick. It was his own fault. You might say that he inadvertently administered a poison which brought on a deep nauseous regret. The toxin he took was not seeing a bargain when it came along. Because the one area his collection lacked in 1882 was in not having the two Mauritius ‘Post Office’ stamps, which he declined to buy for £240.00.  As an example, one of the 2d Mauritius Post Office stamps sold at a David Feldman auction in 1993 for 1’725’000 CHF.

That’s probably why he felt his collection was better in the hands of the sharper and younger Tapling. Whatever the reason, we have much to applaud Image, notwithstanding his contribution to our Prince Tapling’s collection, which is now on show at the British Library, thousands of members of the Royal Philatelic Society London, over the intervening years, have benefited from the knowledge and detail contained in the library he kindly donated.

I guess the moral of this story is that a decent philatelic reference library will get you ahead of the game, but, unless you have the wit and resources to back it up, you are not going to stay up front for long. 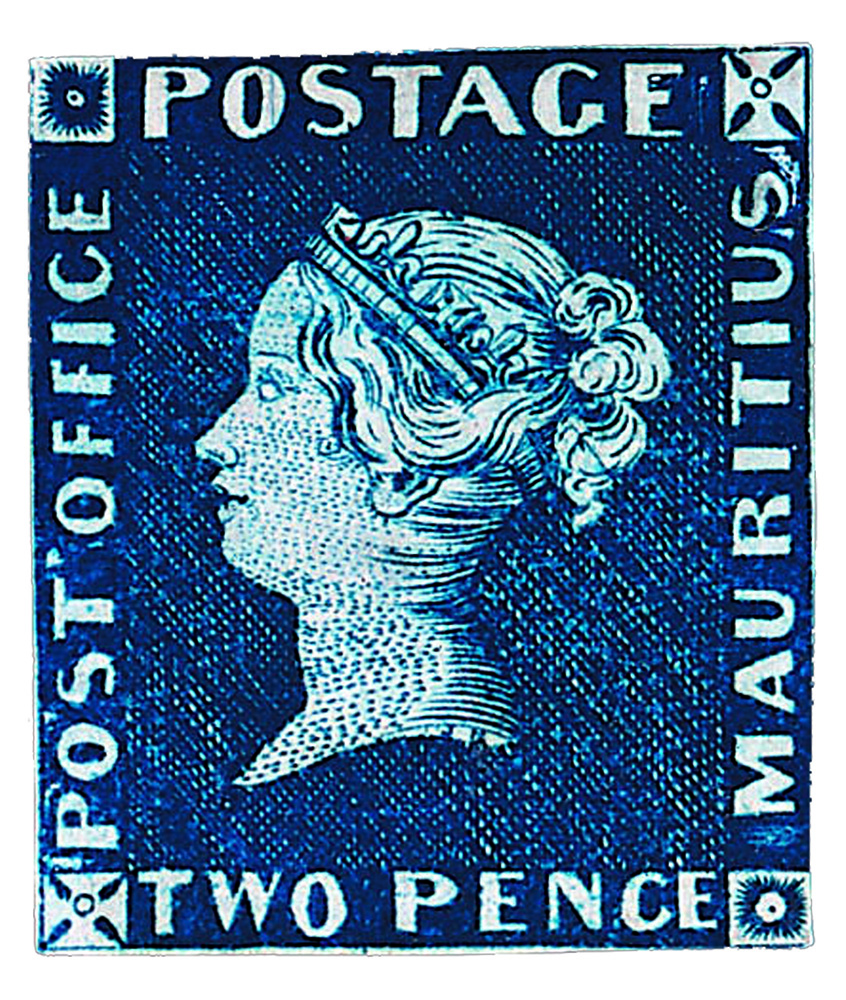 You can read the story so far about our Legendary Collectors in Part 1, Part 2, Part 3 and Part 4.

Part 6 is about William Westoby, our “Grand Seigneur of Philately”.