All Stamps Great and Small

Last month we had a little interlude from our usual legendary collector series and although we said we’d return henceforth and unveil the intrepid J Harvey Pirie in this episode, we are in fact taking a small detour to introduce you to a great philatelic star from the twentieth century, who it has to be said, kept his light under a bushel for the most part of his greatness. Thus his name is not one that is readily associated with a great collection or indeed any significant philatelic accomplishments, albeit you will connect his name with one of the great stamps of our time, and one of the great rarity producing British Colonies.  We are of course talking about Frederick T. Small (1888 to 1971), who was an Australian Philatelist best known for owning the British Guiana One-Cent Magenta between 1940 and 1970, having purchased it for $40,000 from the Arthur Hind estate, via RH Macy & Co.

Now this blinding purchase was in fact shrouded, or covered in this case, in mystery for nearly 30 years, Small preferring to remain the anonymous buyer for three decades. He didn’t even inform his wife of the acquisition and entrusted both the gigantuan purchase and the diminutive stamp to Finbar Kenny, who, as well as signing the back of the Magenta with his initials (FK), made the One-Cent available for exhibition, with Small’s permission, where it featured at the 1947 United States Stamp Centenary in New York, and at MIPEX in Melbourne in 1963, and famously at the Stanley Gibbons Catalogue Centenary in 1965 – which was the first time the stamp had been shown in Great Britain since 1923. Of course, ironically, the stamp is now back in Britain and firmly in the possession of the very same company, them having parted this year with a princely sum of $8.3m for the privilege of showing it off, which emphasises the size of Small’s generosity in loaning the stamp in 1965. 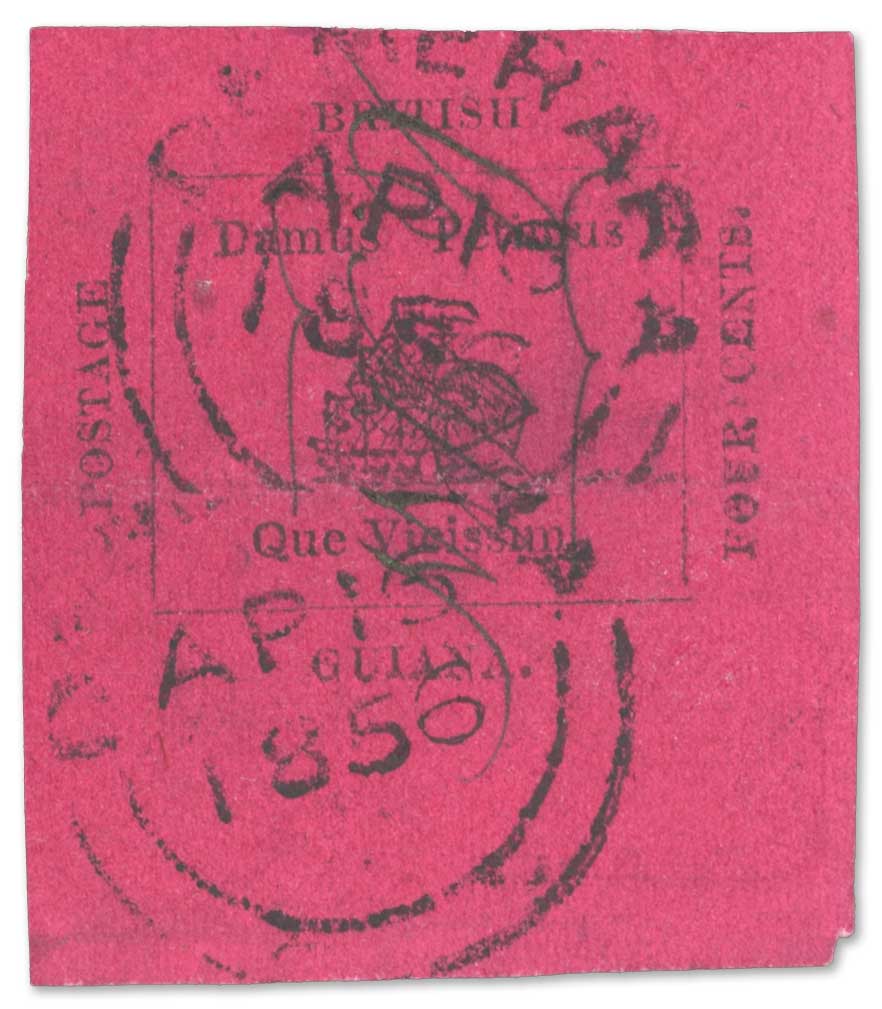 Prior to this Small munificent act, Life Magazine published an article called “Stamp Album Worth $1,000,000.00” when it featured the stamp and crucially the back of the stamp, illustrating for the first time the ownership marks of Count Ferrary, Arthur Hind and the “present owner whose name is one of the world’s best kept secrets.” Well, that was certainly true, but as any good disciple will tell you, there is nothing concealed that will not be made known and brought to light, and in 1970 Small was advised not to leave stamps in his estate, to which he then decided to dispense with his bushel and consign the stamp, where it lit up the auction world selling for $280,000.00 to an investment consortium headed up by the illustrious Irwin Weinberg. It represented a big return on Small’s outlay and as we all know it later realised $935,000, when in 1980 John E. du Pont was the mysterious buyer.

That leads us nicely on to the fact that our modest man Small had in fact a rather comprehensive collection of British Guiana which sold at the Robson Lowe 1970 sales in London, described poetically as, ‘The Great Collection of British Guiana’. This comprised many primitive rarities from this prized part of what was historically the mainland of British West Indies, such as Cotton-reels on and off cover, several 1856 Provisionals including the 4c Magenta – that are the lookalike of the famous One-Cent – and both types of Waterlows from the 1852 and 1853 issues, as well as many other rare and scarce articles.

As Mr Lowe dexterously designated it was a ‘Great’ collection Small had assembled, and this was achieved without any common awareness of who he was among the community of philatelic aficionados. 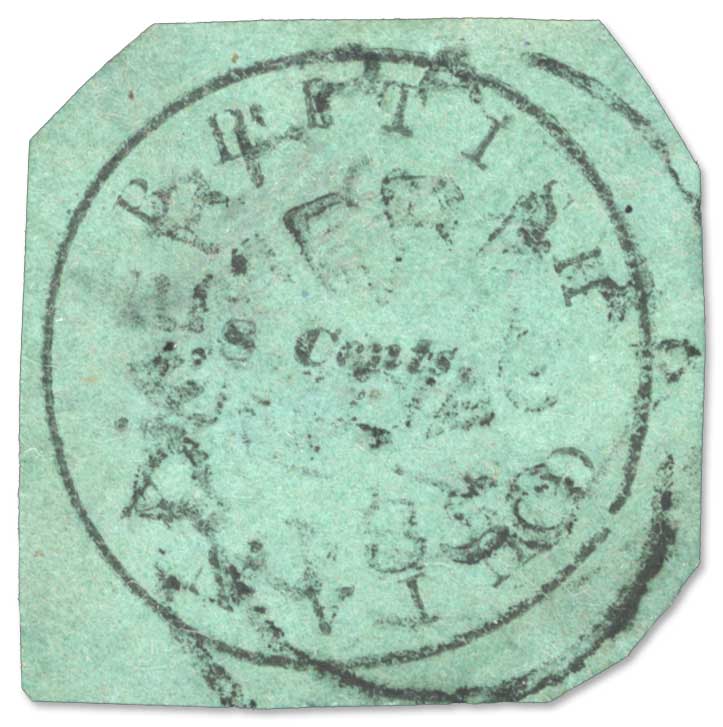 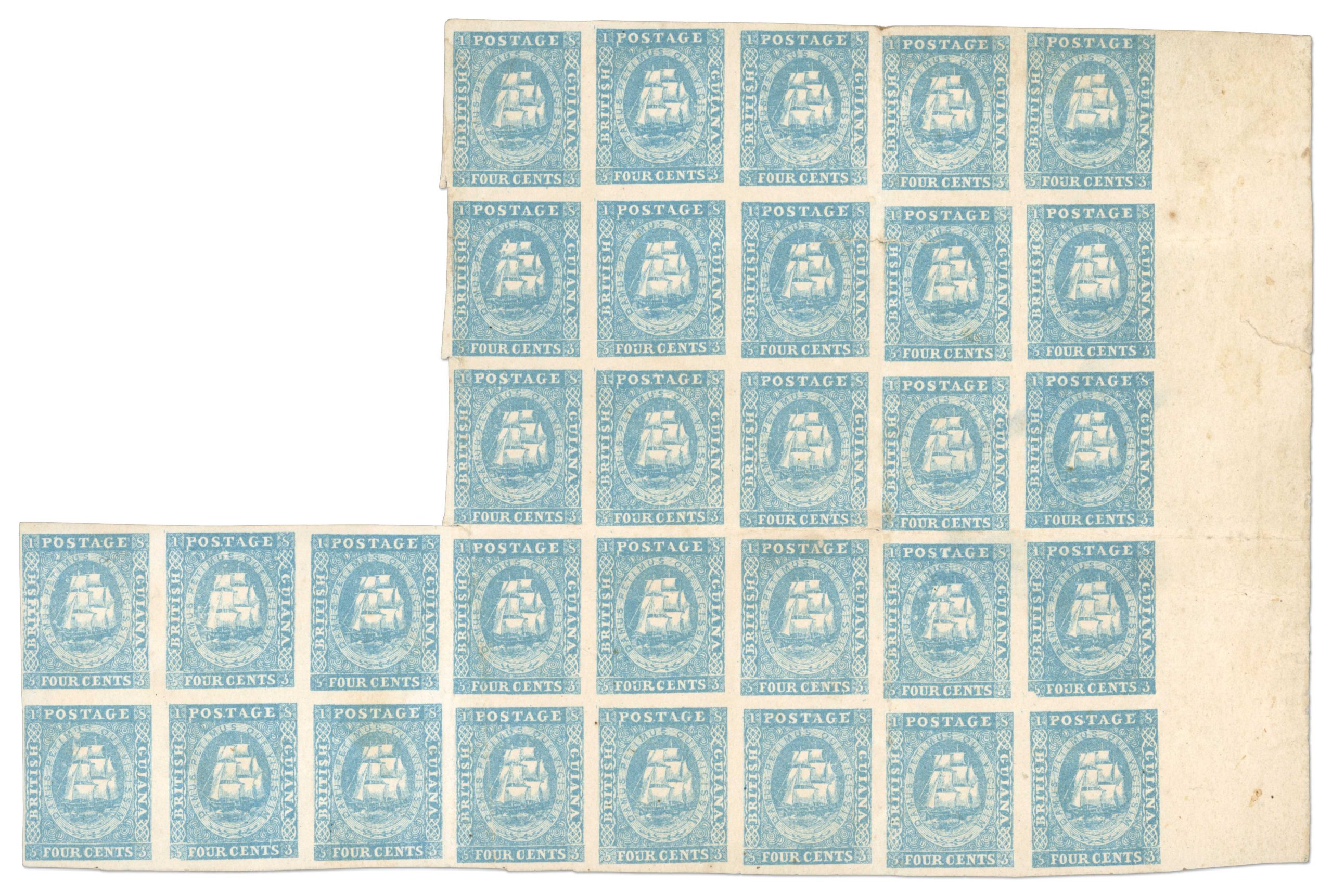 A fair chunk of the great Small stamps were acquired by that gigantic postage protagonist, Mr du Pont, who went on to construct a Grand Prix winning British Guiana collection, including fourteen of Small’s rarer items, all which sold in a David Feldman SA auction in June 2014.  The reality is that Small’s ultimate philatelic achievement is indelibly inked on the back of the world’s most famous stamp (comet mark), shooting him through the philatelic sky like a star, and whilst his light may have faded in the intervening years, his trail remains illuminated by-way of that wonderful providence of Provenance in the upcoming auction of the “Imperium” Collection of British Guiana where it is evident that Small is more than a one stamp wonder, and was a great British Guiana collector. 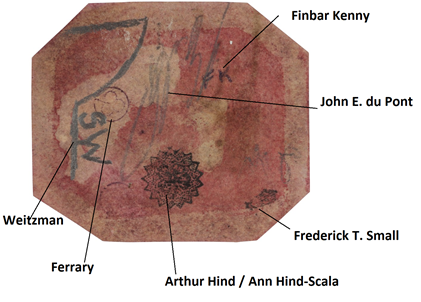