In June 1848, less than a year after the famous “Post Office” issue, a new Two Pence value was issued, followed later by a One Penny, which like the First Issue, were engraved locally by J. O. Barnard. However, instead of being inscribed “POST OFFICE” in the left hand frame, they read “POST PAID”.

Unlike the “Post Office” issue (which were both printed singly from the same plate), the “Post Paid” values were printed from separate copper plates of 12 subjects, 3 across and 4 down. The relatively soft plates wore quickly when put to press, and the supplement by A. J. B. Rudge that we published in conjunction with our 1993 Kanai auction catalogue carefully classifies the quality of the printings into several states: Earliest, Early, Intermediate, Worn, and Latest. Rudge gave specific indications for each position which helps to identify the state as well as details for each specific position on the plate. For example, the “PENOE” (for “PENCE”) error of the 2d Blue is from position 7 and occurs in every State. Complete plate reconstructions were present in the Kanai sale for the Early, Intermediate, Worn and Latest impressions, and the illustrations certainly help to plate these stamps in conjunction with Rudge’s supplement. 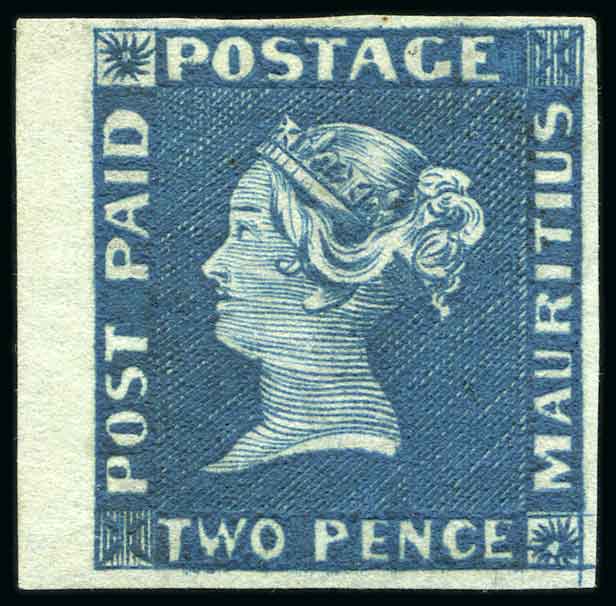 In our June 2020 auction series we will offer the first part of the “Tatiana” collection of Mauritius, which includes 42 lots of the Post Paid issue from the various states, all of which have already been identified as well as their position from the printing plate. This selection includes extremely rare unused examples, such as lot 20042, the 2d Earliest Impression unused left marginal in the beautiful indigo shade, estimated at £30’000-40’000. 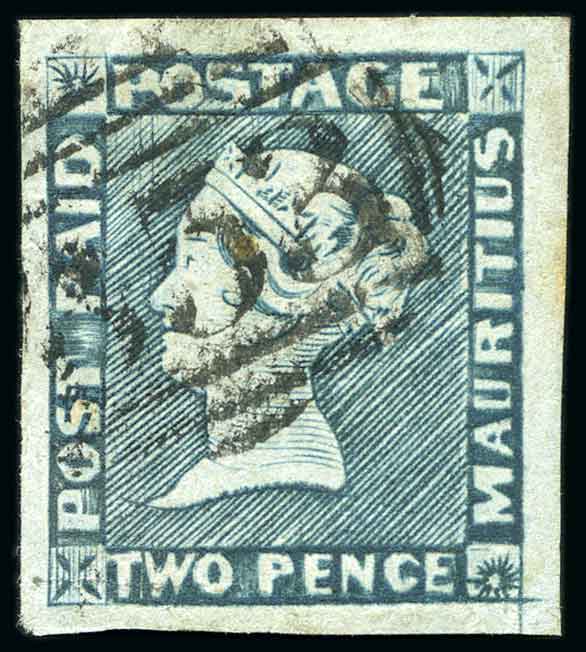 But the sale also includes more affordable used examples with a variety of cancellations to pique someone’s interest; ranging from the standard “target” concentric circles, to numerals including the scarce “14” of Rivière du Rempart, a “B53” barred oval (see lot 20066, very rare on these issues) and even includes two examples of the extremely rare “Black River” script framed datestamp cancelling stamps on cover (lot 20079 and lot 20080). So anyone looking to start (or add to) a plate reconstruction of this fascinating issue can add extra interest with the range of cancels. 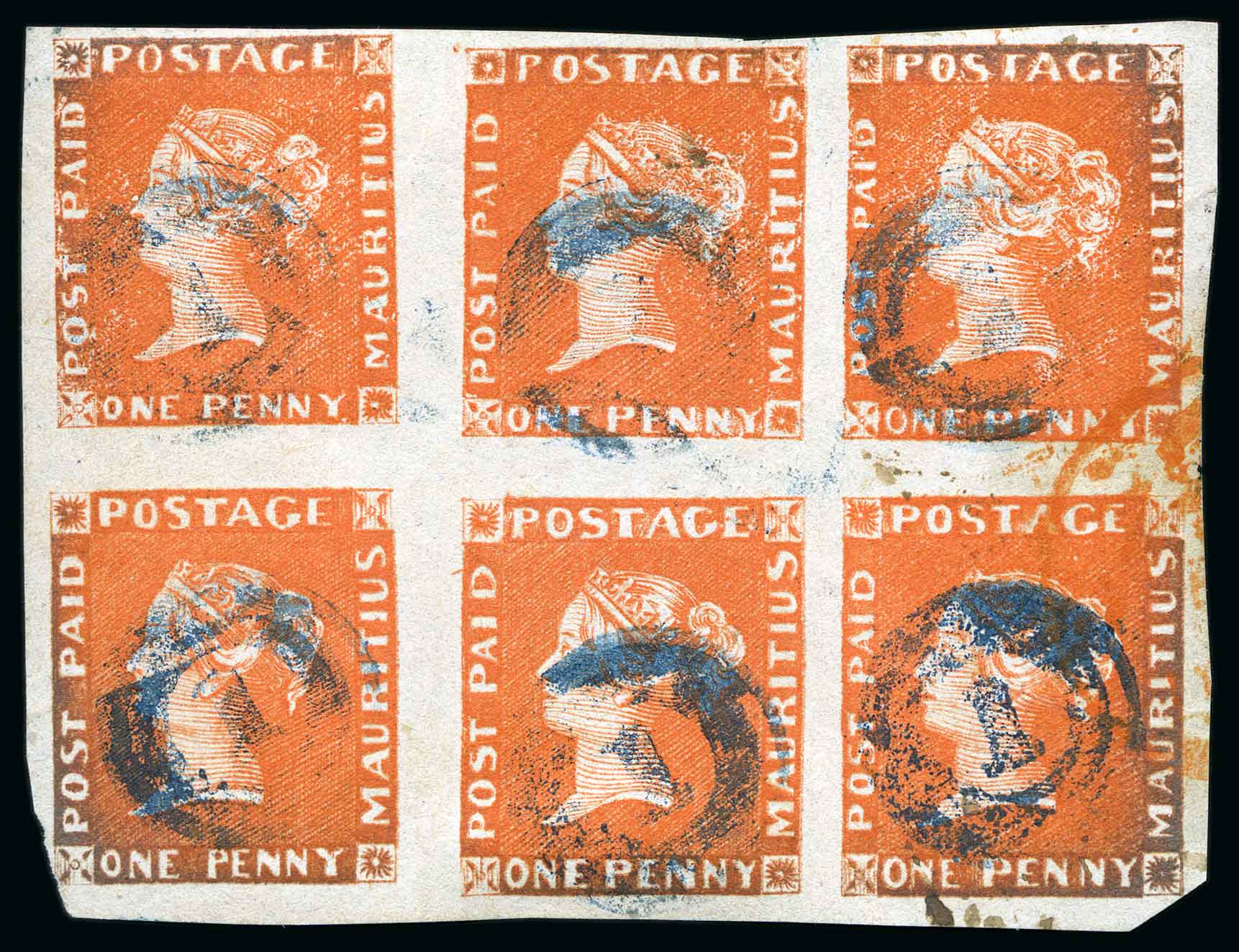 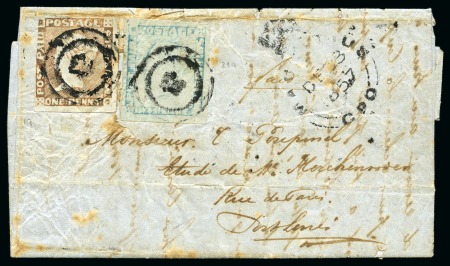 There exist three 1d + 2d “Post Paid” combination covers. The greatest showpiece of the three being the “Souillac” cover franked by Early Impressions of both values. It was part of the Dale-Lichtenstein collection and at the time realised half the price paid for a 2d “Post Office” on part cover. One of the combination covers is lot 20063 in the June 30th-July 2nd auction series, which features an Intermediate Impression 1d and a Worn Impression 2d, which is unique as such.