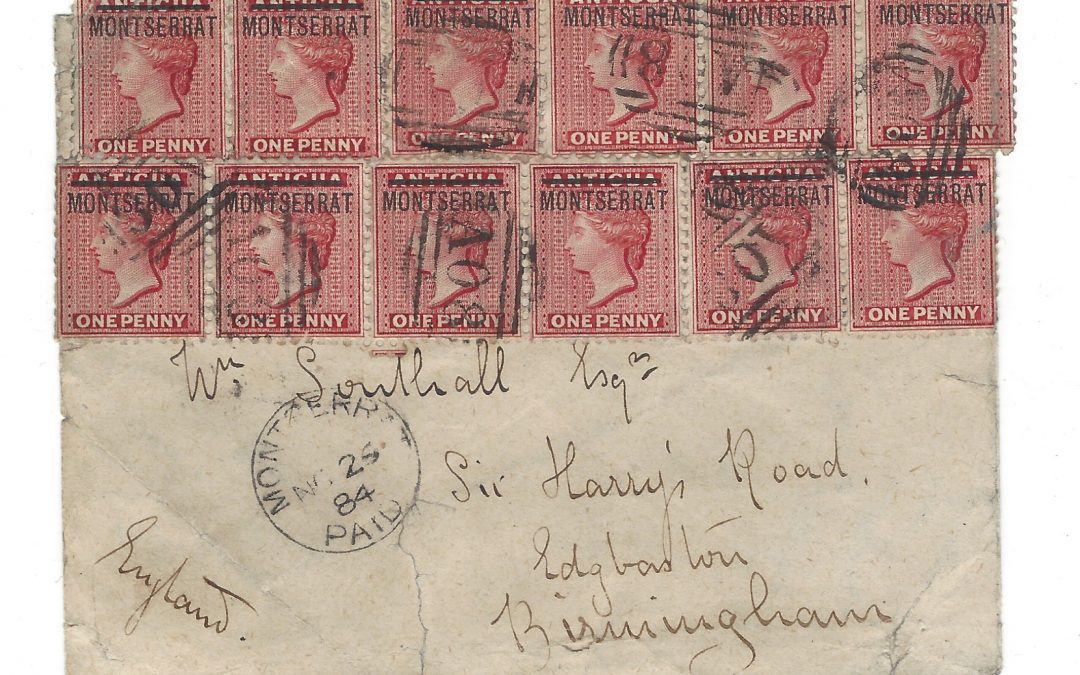 This collection follows the development of the Montserrat mail starting as early as 1769, showing the first postal markings in 1790, and then the rather unusual history of the Post Office within the complex structure of the “Presidency” of Montserrat and the entire Caribbean Leeward Islands Colony comprising Montserrat, Antigua, St. Kitts-Nevis, Dominica, and the British Virgin Islands.

The Islands of Montserrat is small enough in the philatelic sense that the exhibit covers the development of the postal history from the Forerunner Period in the 1760’s to the end of the World War II period in 1945-6, almost 200 years.

Thus, the study of when various stamps issues as well as postal stationary were introduced and the political factors that influenced these issues are also discussed here as part of the island’s Postal History. Montserrat Ship, Packet and other Mail Rates are shown starting from very early inception.

We invite you to follow the link below to discover the entire collection:
https://www.davidfeldman.com/private-treaty/lots/156144/award-winning-postal-history-collection-of-montserrat/

If you have any question, please feel free to contact us ([email protected])