It will come as no surprise to those in the philatelic world that some aspects of Chinese philately have a bit of a reputation for being highly collectable. As a consequence there is often a bit of a tussle, to say the least, at auctions for the very prized examples of perhaps the rarer material. And nothing demonstrates this analogy better than fifteen grappling minutes during our most recent auction of Max J. Mayer Collections of Foreign Post Offices  in China, when just three of the 301 lots, all examples of rare French Post Office material of China, sold for a staggering €248’880’00. Lot number 40132 came out the ultimate victor, and stands on the number one podium, selling for €170’800’00, on account of its unique nature of being franked with a French 10c tête-bêche pair used in combination with the earliest known use of the Chefoo Customs mark – a discerning pre-stamp China cover, which without doubt is the most important of its distinction. 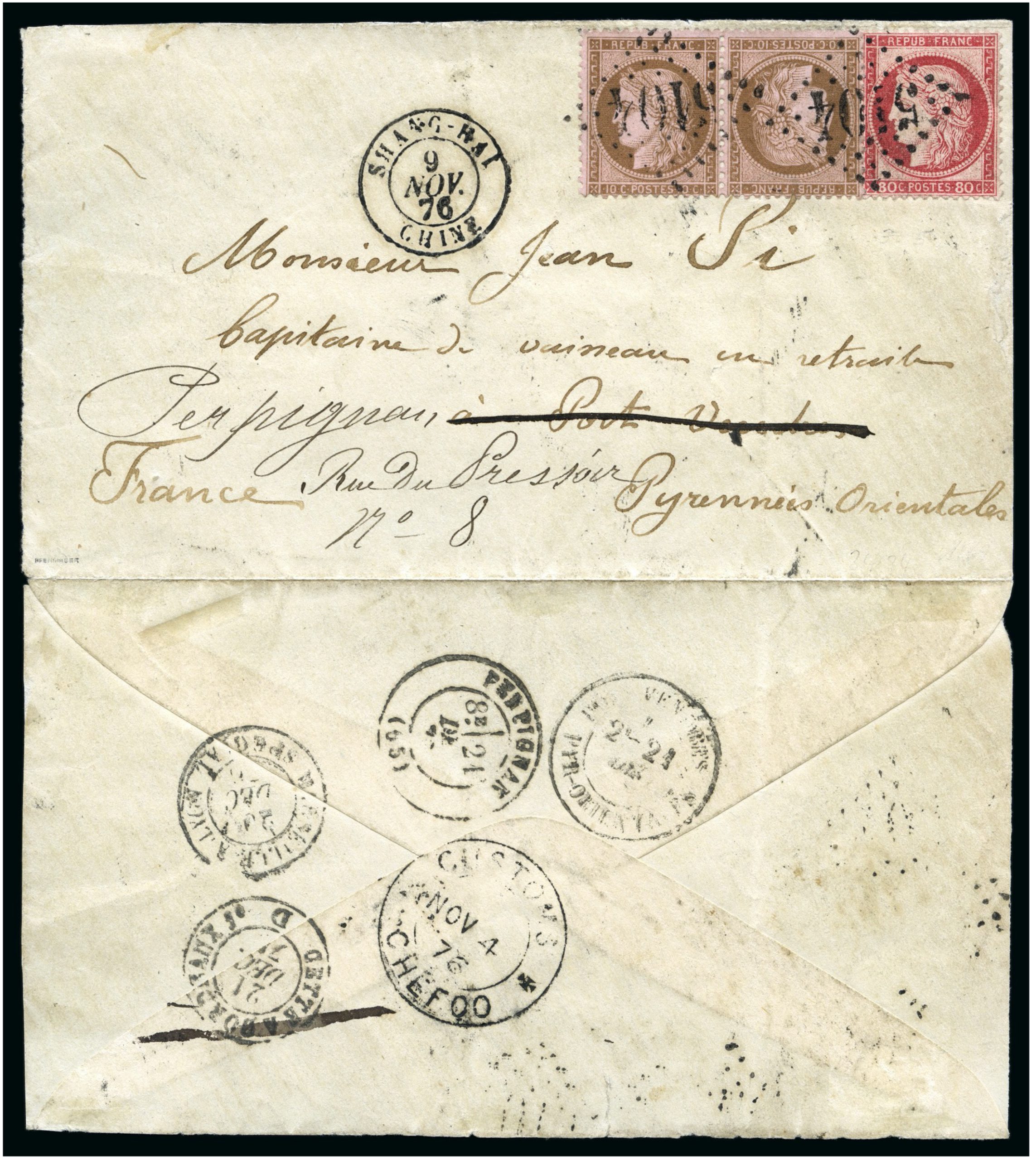 Lot 40132 : 1876 The most significant cover of the French mail in China, showing a 10c tête-bêche in a unique combination with a Customs cds of China

Certainly those bidding on the cover agreed and anyone following proceedings yesterday would have noticed that more than one telephone bidder wished to acquire the item and so did two other bidders, one in our offices in Geneva, and more than one bidding live over the Internet. In fact, to get this envelope from it’s starting bid of €10’000, to the final hammer of €140’000, it required a flurry of bidding bouts from all these sides to settle it firmly in the prestigious six figures philatelic club. However, two other covers, lot numbers 40139 and 40141, smashed their starting markers of €7’000’00 and €4’000’00, by selling for €53’680’00 and €24’400 respectively. It wouldn’t be an understatement to say that bidding across all platforms; auction room, telephone and Internet, were rampant. Indeed, bidding across the entire collection far and away exceeded top estimates with lot after lot achieving double and sometimes ten times lower estimates.

The auction overran by an hours from its scheduled completion time, with Fernando Martinez refereeing proceedings in what was a frantic and unrelenting round of bidding. Hats off to him for his superhuman non-stop auctioneering.

There are many more, and it really is worth exploring the auction results to fully appreciate that the reputation China has, is really quite justified, even if some of the results surprise you.