As if our recent revelation of the re-discovery of the $2 Hall of Classics block with inverted centre were not enough, an earlier Chinese rarity of comparable importance has also now appeared….or, more accurately, re-appeared.

The “Red Revenue” issues have intrigued me ever since I was lucky enough to work on the collection of Ellery Denison in 1988, in which incidentally starred a lovely example of the $2 “Hall” invert.  Although Ellery had one of the finest extant Revenue stamps with no overprint amongst his splendid collection, he had no green overprint, which omission offers a hint as to its extreme rarity.  As far as I know, just seven singles exist, plus a pair which now resides in the National Postage Stamp Museum in China.

Of the seven singles privately owned, it is very fortunate that six of them are illustrated in the “Rocpex” book of 1981, issued for the famous Exhibition of that year in Taiwan.  But where is the missing one?  I believe it to be the example illustrated here,  which I’ve just seen.  It’s extremely unlikely to be a forgery. Apart from the fact that no-one has yet successfully faked the unoverprinted stamp, given that it is effectively a miniature banknote, to forge a green surcharge (or even a ‘small dollar’), on  a genuine stamp would be quite mad given the value (perhaps £50 000) of the basic revenue stamp.

The last occasion I had the privilege of handling one of these “green” gems was in 1998, when “position 3” hammered down at HK$1.5m. That example was a very fine one with a decent level of “green-ness” however this recent find seems to me to be the greenest of all, suggesting a serious lack of exposure to light over the century and more. The intensity of this colour does vary a good deal on the few extant examples. Apart from the slight surface abrasion, this example seems to be in similarly fine condition. 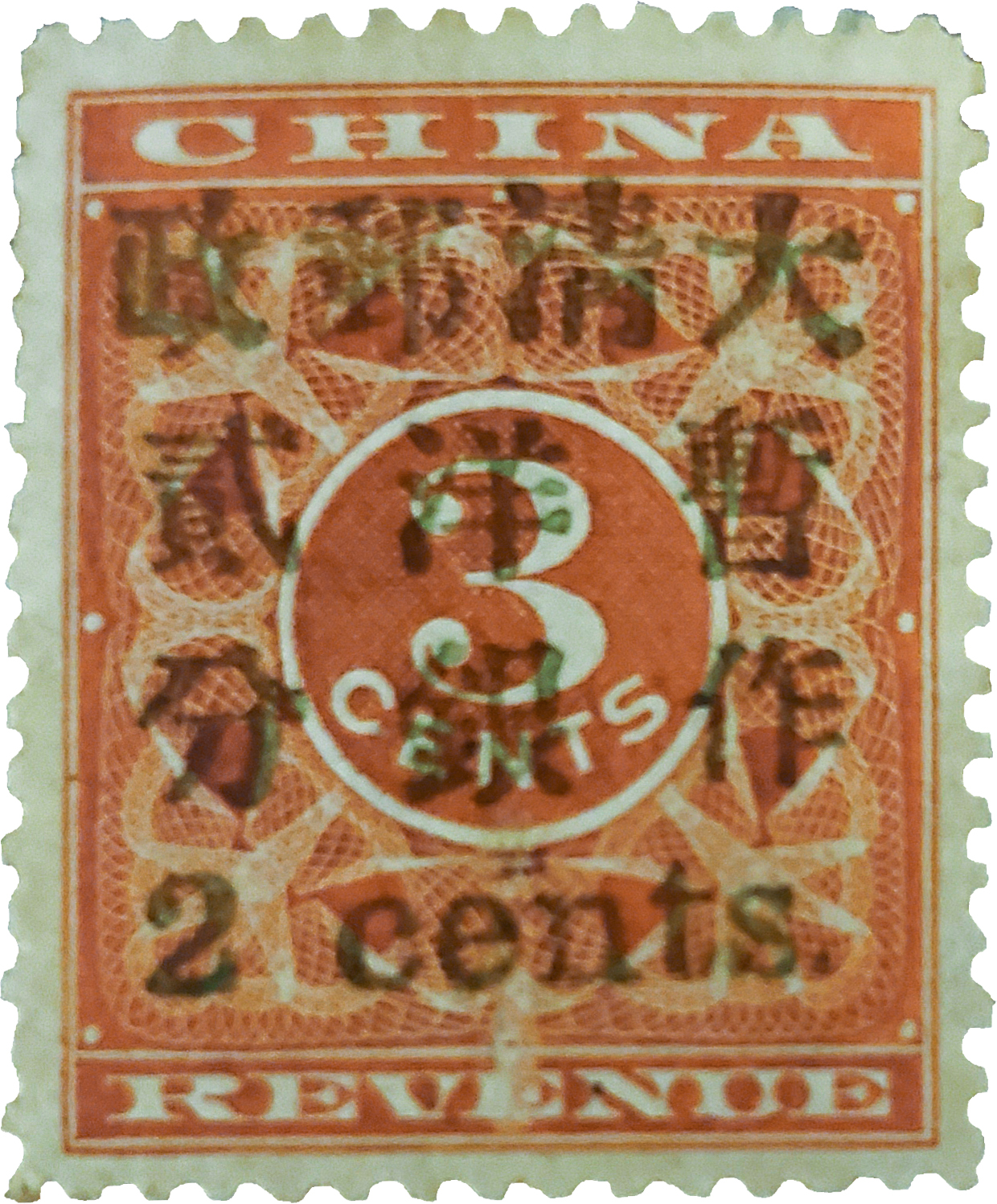 Examining the item, I think it is from position 7 on the setting of 20 cliches. It’s fortunate that the bottom right-hand Chinese character is quite distinctive.  However this does not necessarily mean that this stamp appeared in “seventh position” as it would  if the ovpt were in black: the clichés were switched about for reasons unknown for this trial, as evidenced by the [16-17] positions of the vertical pair in the Museum.

Meanwhile if any reader has any further light to shed on this item, we ‘d be delighted to hear from them!

Tony Banwell worked with Robson Lowe from 1980 to 1992, going on to develop auctions of Chinese stamps in HK with Sotheby’s until 2000. He is now a consultant for David Feldman SA based in the UK.