The Sound of Olympic Music 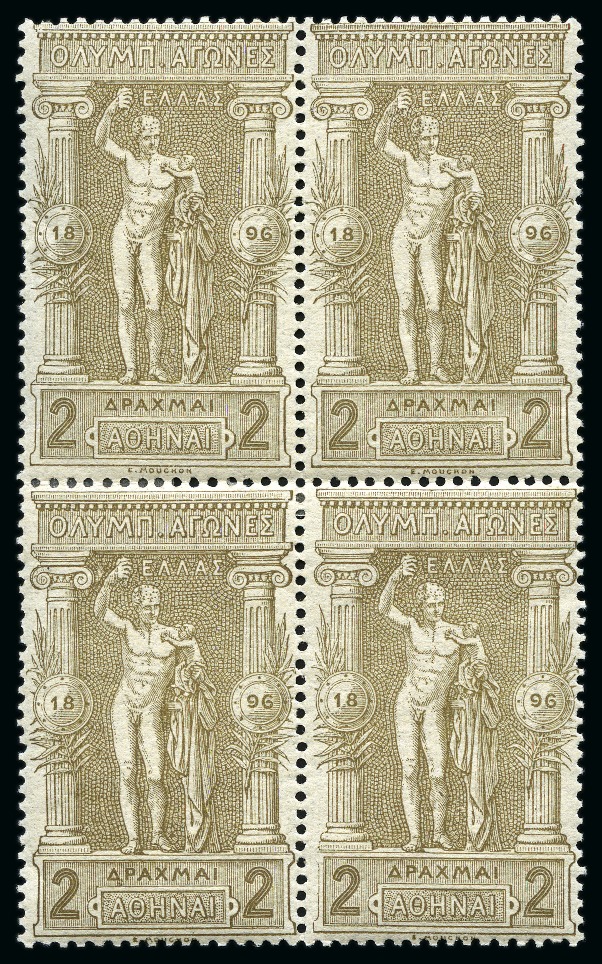 Right, if we are going to do justice to our Olympic auction, let’s start at the very beginning, which is not to be confused with the lyrics from ‘The Sound of Music’, ‘Do-re-mi’, although there’s a ‘long way to run’ given the Olympics are synonymous with the Marathon race, as you’re about to find out.

So, the beginning is ‘a very good place to start’, which is the ‘1896 Olympic Games’ that were crucially the first ‘official’ international Olympic Games held in modern history, and as you’d expect, or assumed, were held in Athens, Greece. Which is fitting in more ways than one given the Greek influence on the historical side and the running side, as well as the god-like array of Greek 1896 material we have available in this auction. However, the semantics here are important and I said “do it properly” so whilst it sounds odd, if we’re talking about the Olympics and the Marathon, we better introduce two Frenchmen; Pierre de Coubertin and Michel Bréal.

The former because he is the founder of the International Olympic Committee, and known as the father of the modern Olympic Games, and the latter because he was the gentleman who, believe it or not, came up with the inspired idea of the running race the Marathon, which was fittingly also first held at these numéro un official games. Monsieur Bréal of course was inspired by the Greek legendary messenger, not Hermes but Pheidippides, who apparently ran from the Greek town of ‘Marathon’ to Athens to announce the Athenian victory in the Battle of Marathon. 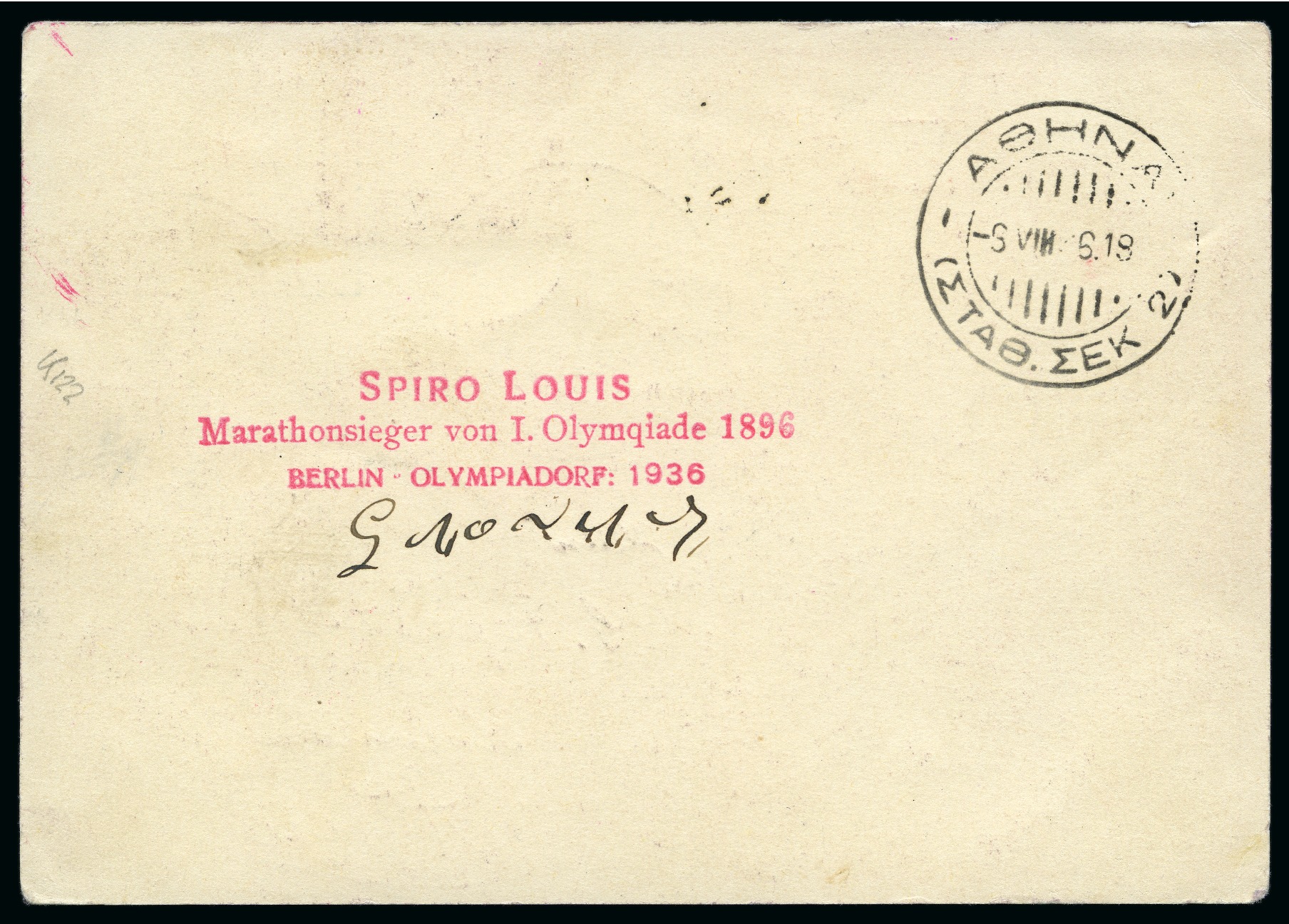 Sadly, Pheidippides keeled over immediately following his victory herald, no doubt exhausted and a tad dehydrated, not helped by the searing heat which as we know is from ‘a drop of golden sun’, but it is a ‘long long way to run’, without ‘a drink’ or even a tea. Now that will bring us back to what’s so curious here, apart from the fact that it’s two Frenchmen that come up with both the Olympics and the iconic race the Marathon, is that it was won by a Greek chap – of course – called Spyridon ‘Spiro’ Louis.

Now what catches the ‘so-do’ in this long long way to run is that Spiro Louis made a stop during the race at a town called Pikermi, to have a drink, no doubt learnt his lesson from his fellow countryman Pheidippides who we know had not a tea, which we know is ‘a drink with jam and bread’ on his epic run. So what liquid refreshment did our Marathon runner Spiro Louis select to quench his thirst?  ‘Water’ I hear you shout. No. According to Olympic folklore Spiro Louis stopped at a local inn to drink a glass of wine, which doesn’t sound very sensible, although I can see the appeal. 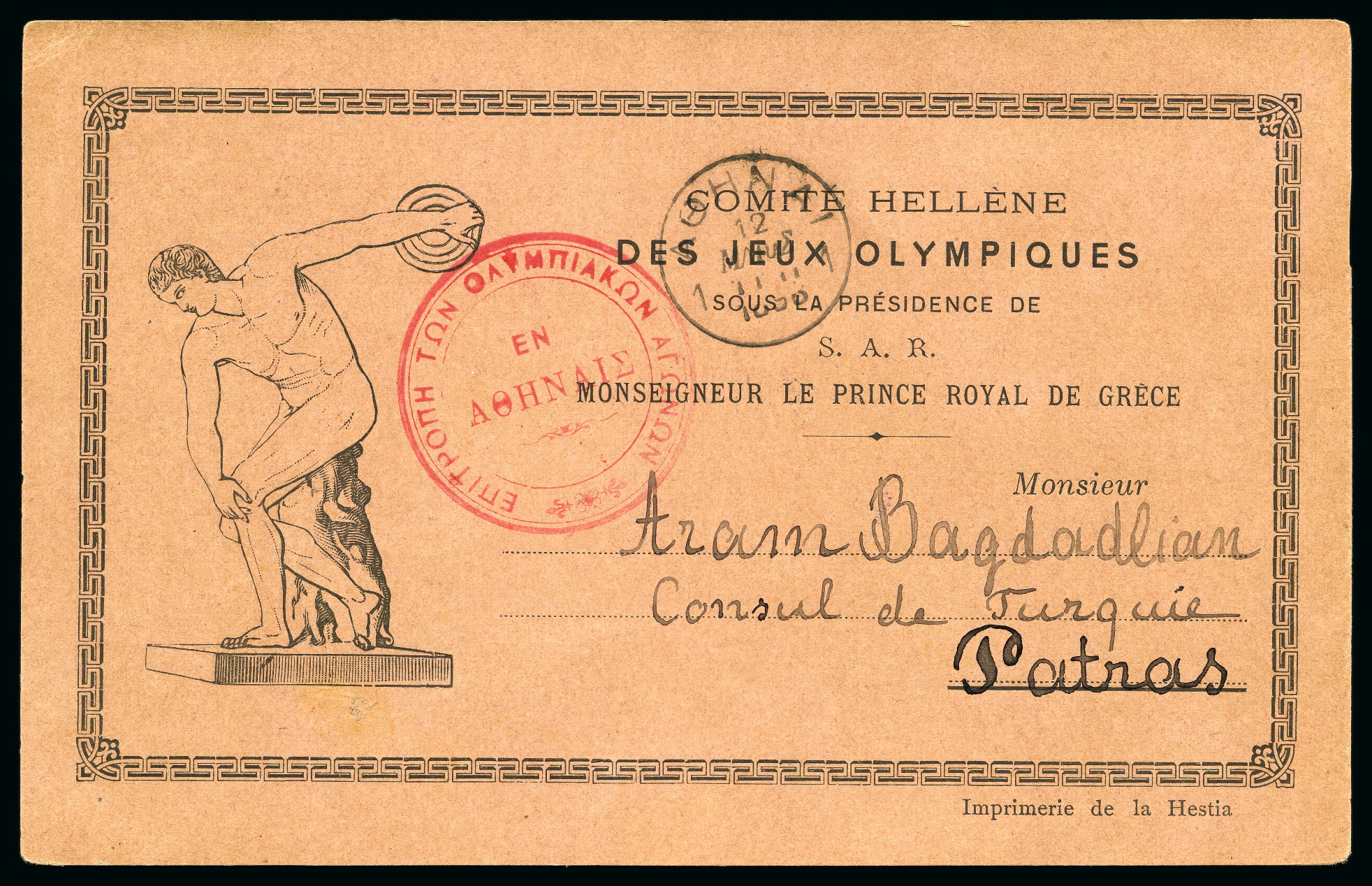 However, hold the press and the recriminations, because this fact was later disputed by his grandson, and according to him, instead of a lovely cool slug of H2O replacing the locally fermented juice of Greek grapes, it was actually a shot of brandy!  I know, shock-horror, surely that can’t be right and even more foolhardy, but I remind you Spiro won the race. But that’s not the only sensation from this first Olympic Marathon. Because Spiro Louis arrived into the stadium to much Greek excitement and upon finishing there was a tremendous amount of Greek celebration, which got even more raucous when two more Greek runners entered the stadium to finish in second and third place. Wow-weeee!

However, Spiro’s act of necking of the brandy wasn’t as bonkers as the chap that came in third; ‘Spyridon Belokas’, who was forever disgraced because he had adopted a slightly different tactic to Spiro Louis and rather than stopping off at Pikermi for some fortified wine, he commandeered, not a Doe, a deer, a female deer, but a carriage and completed part of the course whilst sitting back on his haunches to ‘sing a million different tunes’ and presumably ’a drink with jam and bread’.

Fortunately, this ‘fa-so-la-ti’ exploit was picked up and he was disqualified. Which matters not because at these first official Olympic Games third place gets nought anyhow, they only gave out medals to the winner and runner-up, and back then it was silver and copper. Ok, later this was put to rights by the IOC who converted them to gold and silver, and added the award of bronze for third placed athletes, but that’s later and our carriage loler didn’t get a medal for third anyway. 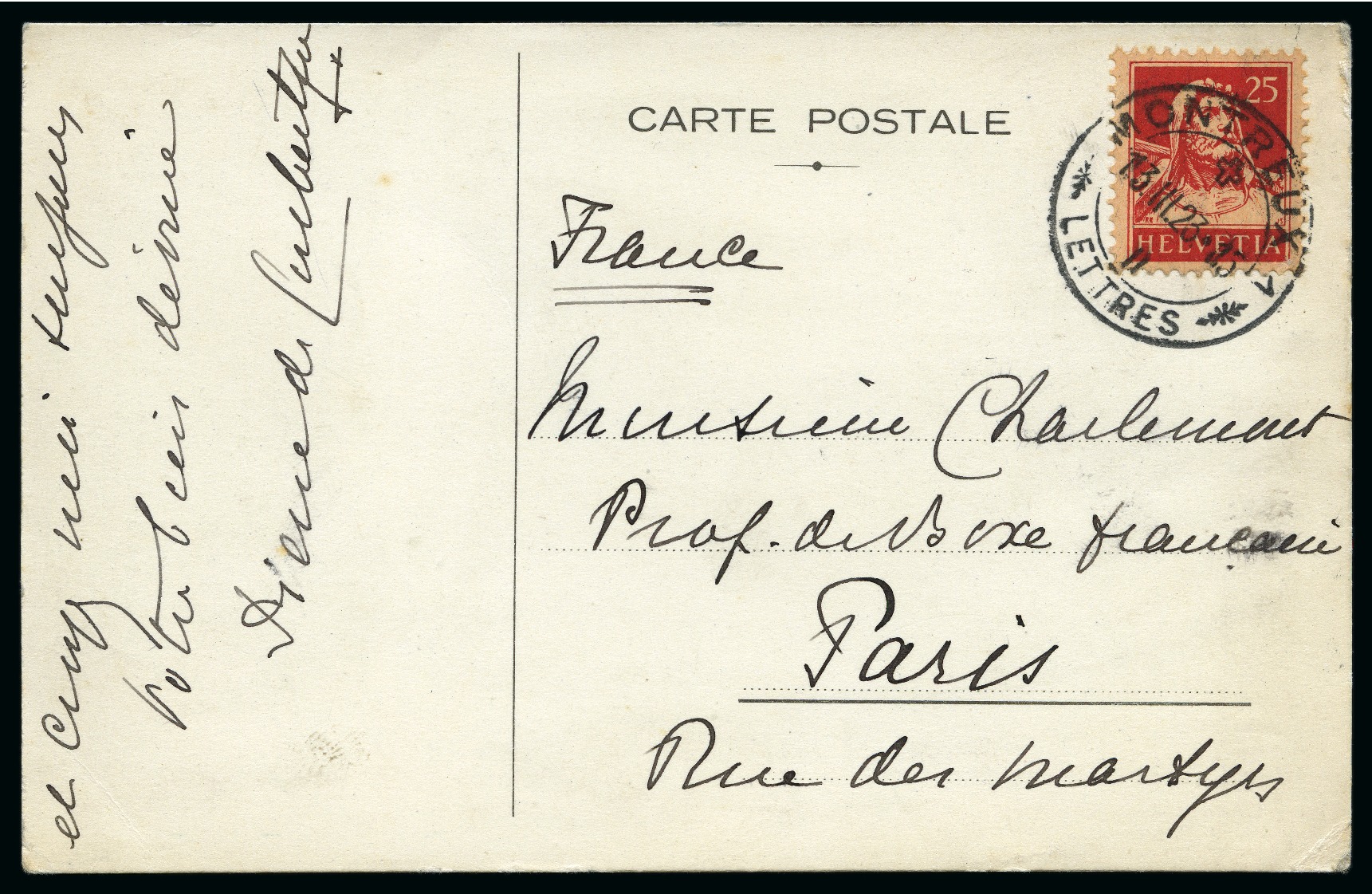 So, if any of this historic tale is the sound of music to you, then you’re in luck because our Olympic auction includes a whopping ‘57’ lots devoted to this Greek do-re-mi (lots 10074 to 10131), and even incorporates a Spiro Louis signed item from the 1936 Berlin Olympics (lot 10080). But to finish, let’s start at the very beginning again, ‘cause without Pierre de Coubertin there wouldn’t be an ‘A-be-see’ of Olympic memorabilia let alone a long, long way to run, and so there ‘just happen to be’ material from a collection of Pierre de Coubertin and the IOC (10004-10063) amongst the over 1’100 lots which are, we promise, a very good place to start.

Just a small part of an amazing 1896 Olympics set of 12 in mint blocks of four. Fittingly Hermes, for all you stamp messengers out there. Lot 10096