“It seems that you’ve been living two lives. In one life, you’re David Feldman, respectable International Auctioneer. You pay your taxes, and you help your clients buy and sell their prized possessions. The other life is lived in computers, where you carry out every possible part of your philatelic work in the virtual realm. One of these lives has a future, one of them does not.”

Ok, so the film buffs out there will spot the similarities with the movie ‘The Matrix’. This is a play on the scene when ‘Agent Smith’ is interrogating ‘Mr Thomas A. Anderson’, or ‘Neo’ as he’s known in the virtual world. Now having participated in the world’s first International Virtual Stamp Show – Stampex – last week, we are all a bit square eyed and wondering at David Feldman SA if we are Neo or Thomas A. Anderson, because last week, it is true, we lived these two lives – one in the physical and one in the virtual realm of the computer world.

To set the theatrical scene, you’ll be aware that we at David Feldman SA we are what you might call ‘seasoned international show performers’ having travelled every corner of the globe, from Paris to Berlin, New York to Monaco, and London to Sydney and onto Shanghai, and everywhere in between over the last 50 plus years. We very much enjoy the face to face interaction, the ability to handle material, touch flesh, view things, chat and meet with philatelic friends and clients. We’ve all missed this part of our hobby, and whilst we can’t attend these shows right now, it was encouraging to see that the PTS ‘courageously’ decided to do something very ‘Trinity’ esque (she’s a character in The Matrix) that would fill the void and whilst it isn’t going to replace the traditional shows, it will, for now, and in the future, in some shape or form, become a part of what is the philatelic revolution that is clearly going on as a consequence of the pandemic restrictions. 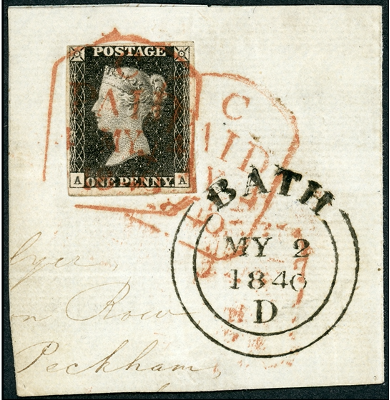 That said, one thing we all often wish we could do on our return from a show is, relive a certain aspect or experience we witnessed, and sometimes we’d like to share it with our colleagues or friends who couldn’t attend the show. Well, this virtual show ‘computer’ world is a canny beast because it’s available ‘On Demand’ (that’s modern day speak for a recorder for us slightly more mature ones) until 28th October, which means you can watch our very own ‘Agent Smith’ – Master Orsi – give an enthusiastic rendition of the futuristic reality of our very own Museum of Philately. Not to be missed. I think there is also a cameo appearance from yours truly, although you might want to fast-forward that bit! And unlike a physical show the whole get-up is still standing for this limited period, so the interactive delights remain electronically touchable, after you’ve washed your hands of course.

Now having heard the sad news this week that there is yet again another physical philatelic casualty and the stamp show planned for January 2021 in York, UK, is now cancelled, which we at David Feldman SA were very much excited about participating, it all makes you wonder when we will live this other ‘Thomas A Anderson’ life again, and the reality of utilising all this technology is virtually becoming a ‘got to’ rather than ‘might do’. Don’t panic, we have a solution for you.

It comes in the shape of two bits of good news to lift your philatelic spirits. Firstly, our upcoming auctions of Egypt, Olympic Games, and Mauritius will be available mask free for you at the click of a button, so you can step into this computer life of ‘Neo’ and make your choices in the safety and comfort of your own home. The ‘other’ good news is, we can clear up the ‘Agent Smith’ misunderstanding noted at the start of this article. He got it wrong in the film ‘The Matrix’, and thus it’s also a misconception here, because if you’ve watched the movie ‘Mr Thomas A. Anderson’ and ‘Neo’, his physical and his virtual self, had a future, it’s just that the future wasn’t two separate lives or even one of the two. It’s one made up of the two parts, so to speak. And that’s our overriding impression from the three days spent ‘chatting virtually’ and doing the ‘Talk’ in the virtual auditorium and our two virtual booths, one in the virtual hall and the very prestigious virtual ‘Court of Honour’ – which you can still enjoy today.

We know it’s not the same but we now recognise that there is emerging an alternative, which won’t replace what we know and love, but will provide another ‘dimension’ for us to be respectable, pay our taxes and to ensure we can buy and sell our prized philatelic possessions. It seems we have two options. We can live our life in one philatelic world and wait for the physical option to return, or we can combine the two, and enjoy what annoyed Agent Smith. That is; the philatelist’s life really does have a future, in more ways than was ever possible previously.