The “Alba” collection of Football

We are proud to offer in our June Auction Series the “Alba” collection of Football. It has been formed by the vendor over 60 years, and features stamps, covers, postcards, autographs and memorabilia in 4 sections; football at the Olympics, World Cup, European Championships and an A-Z of countries with national and club teams.

The passion shown by the collector is obvious throughout and especially apparent in the 1966 World Cup and European Championship collections for example, with many covers hand made by himself for each fixture and sent from the stadium’s local post office on the day and invariably signed by the players themselves who played that day.

Over the years the vendor was able to meet and even had friendships with some of the great players from the 1960s, ‘70s and ‘80s, so the provenance of vast majority of the autographs is impeccable, as evidenced by letters written to players and photos of himself with legends such as Pele, Bobby Moore, Beckenbauer, etc.

These collections of a true football fanatic and autograph hunter have won awards at international thematic stamp exhibitions, and he was invited by FIFA to exhibit at the 1982 World Cup in Spain and the 1998 World Cup in France, as well by the IOC at the 2006 Beijing Olympics.

The lots will be available online beginning of May. 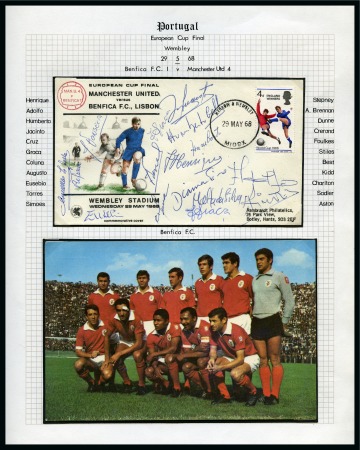 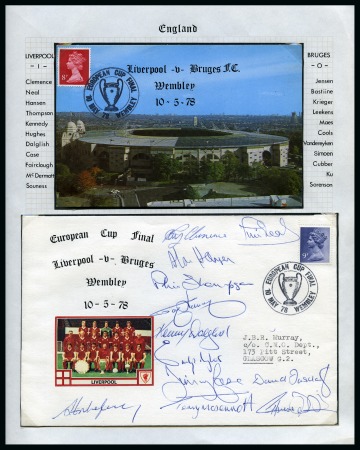