We are proud to announce the publication of the fourth volume of the Great Philatelic Collections books dedicated to the Egypt stamps collection formed by Joseph H. Chalhoub.

This volume of 240 pages is presenting King Fouad I of Egypt.

Ahmed Fouad was born in 1868, he became the Sultan of Egypt and Sudan in 1917, succeeding his elder brother Sultan Hussein Kamal. He is the ninth ruler of Egypt and Sudan from the Mohamad Ali dynasty. He took the title of King when the United Kingdom recognised Egyptian Independence in 1922.

King Fouad ruled Egypt until his death in 1936. During his reign Egypt issued the first postage stamps depicting the effigy of its ruler.

This collection presents the definitive stamps issued during the 1922-1936 period. A rich array of artist essays, some rejected and others adopted, color trials, proofs produced for the Palace collection, imperforate and a multitude of varieties from part of this collection.

This collection is presented in five sections: 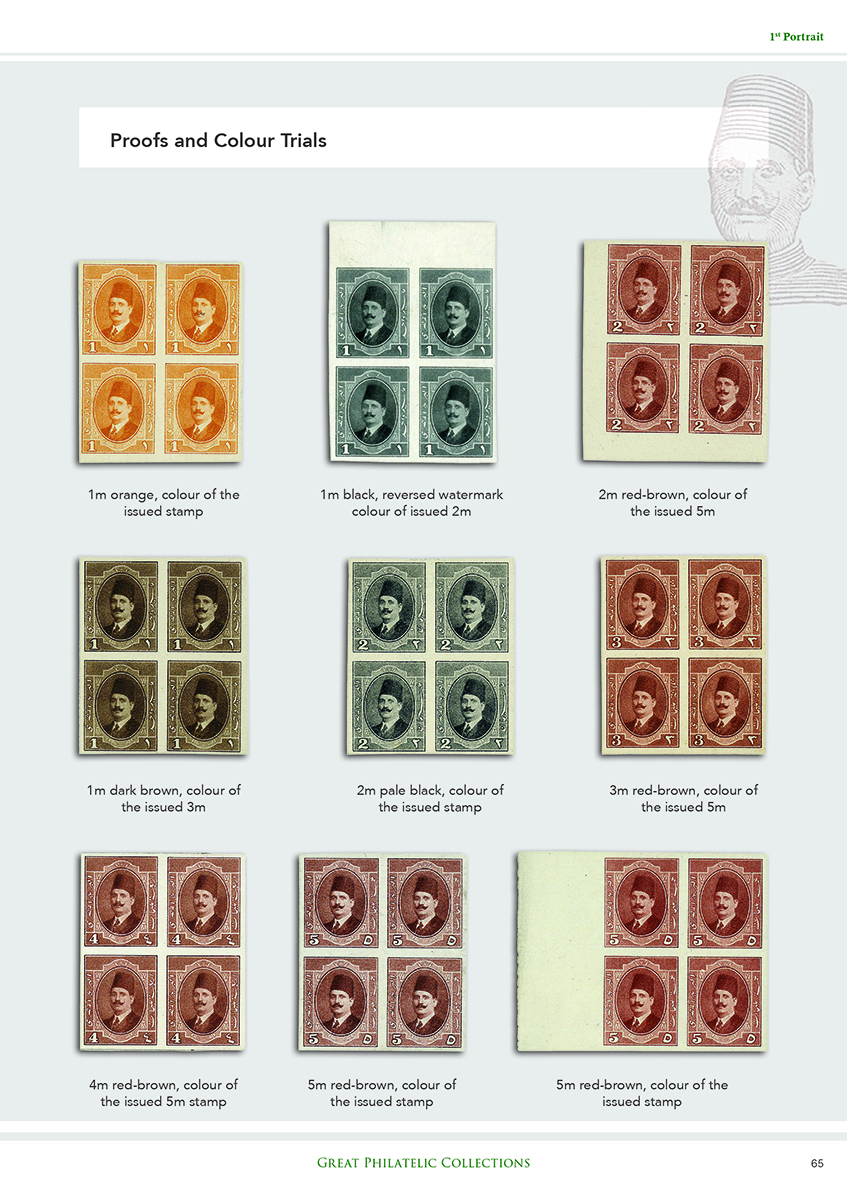 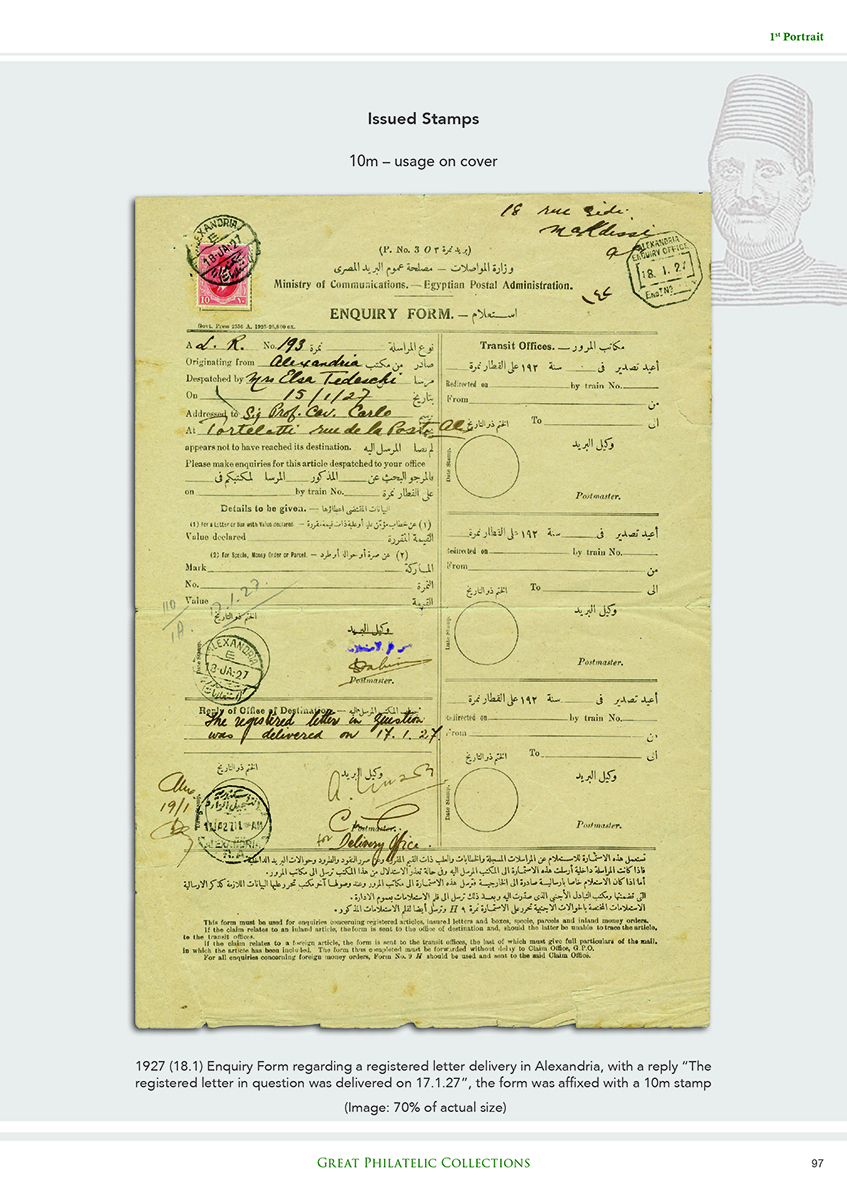 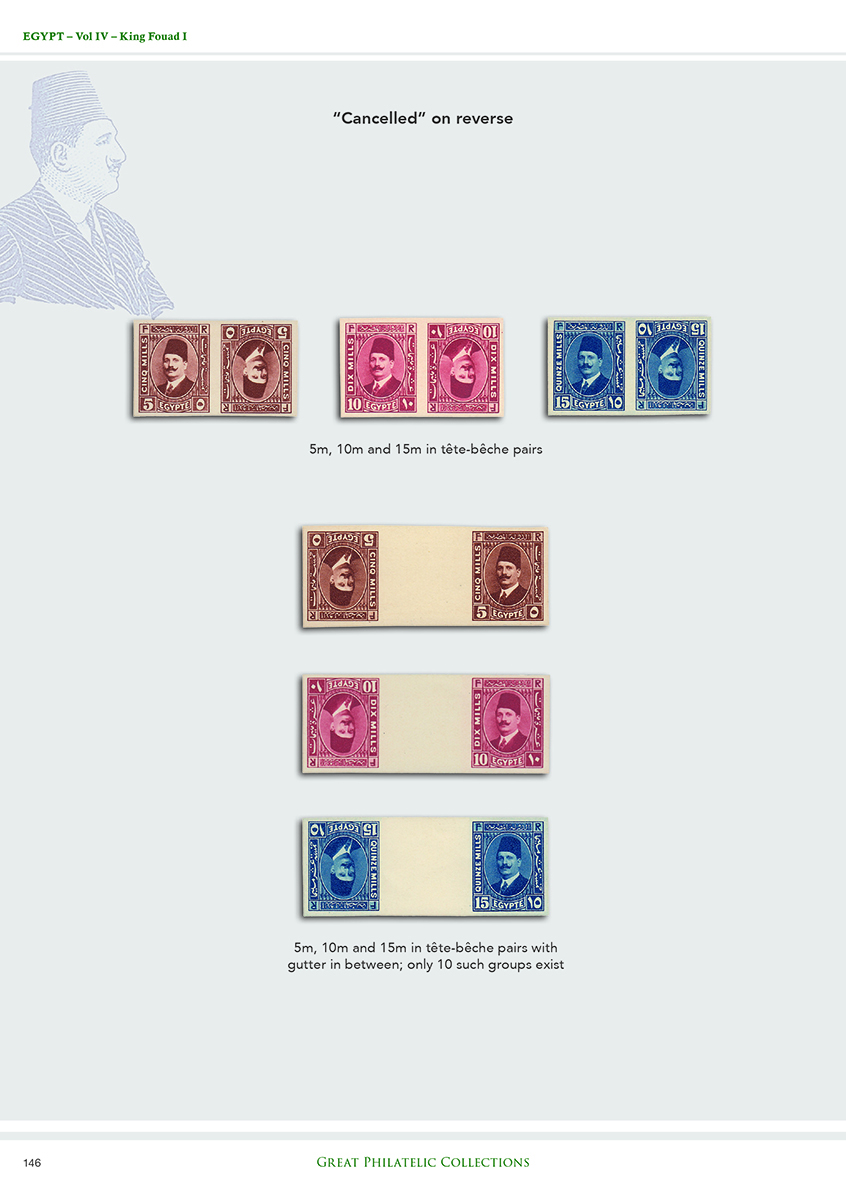 This book, as well as volume I, II and III, is available on our website: