Over the course of five days, more than 4400 lots have gone under the hammer and there has been some intense bidding from all around the world, over the internet, the phone and in the auction room.

We kicked off the sale with the first part of the J. Chalhoub collection of Egypt which saw great interest and ended up with total hammer prices exceeding estimates by almost 200%. Learn more about this sale here.

On Tuesday, Great Britain and British Colonies were auctioned and as expected the scarce Penny Black plate 11s and the specialised collection of Bechuanaland were a great success.

Wednesday morning, it was the turn of the third part of the Dan Walker collection of Indian Princely States which saw hammer prices exceeding estimates by an average of 170%. In the afternoon, the France and Colonies collections had strong competition. For example, lot 50519, an exceptional collection of never hinged semi-modern stamps of France, estimated EUR 30’000 – 50’000 sold for EUR 63’400*.

All world, Europe and Overseas collections were also especially fought over on Thursday and Friday and resulted in some excellent results including a spectacular German Colonies collection, lot 51161, which sold for EUR 103’700*.

We closed the auction week with a small but beautiful section of Switzerland with over 130 lots including Cantonals and collections which stirred up passions among the bidders who filled the auction room. There were notable results for lot 60004, the mint Basel Dove and lot 60005, the Basel Dove on cover. 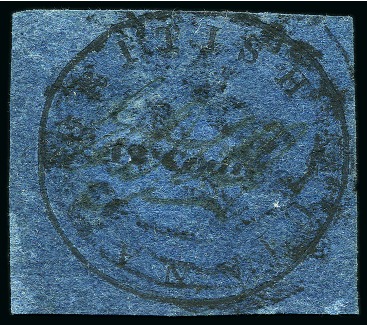 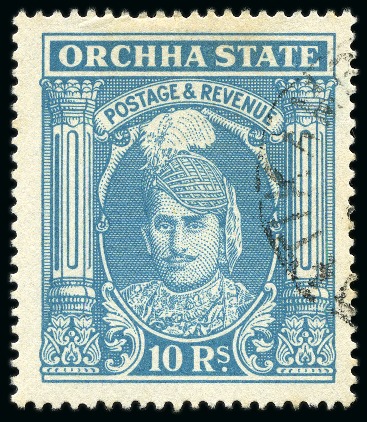 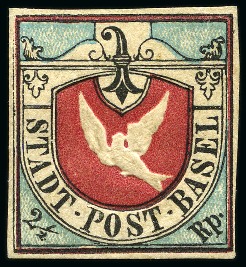 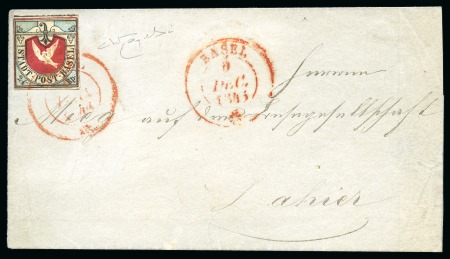