The Mauritius printing plate will be exhibited in New York 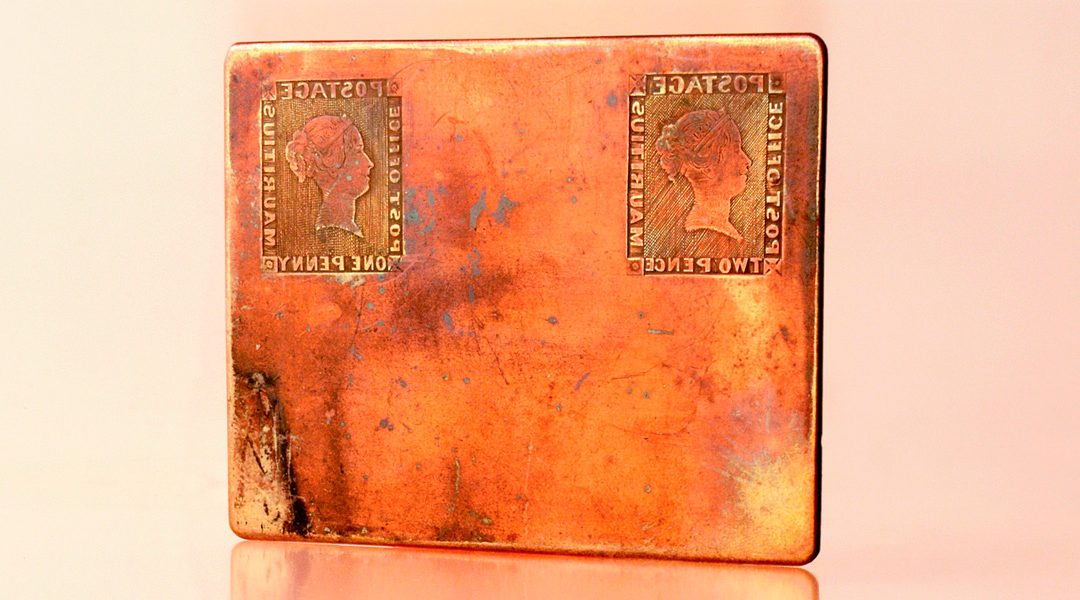 Following its fantastic re-discovery last year, and its exhibition in Europe and Asia, the David Feldman company will have the honour to exhibit the mythical Mauritius “Post Office” issue printing plate in New York.

The World Stamp Show in New York, from May 28th to June 4th at the Javits Center, will be the final opportunity to see the famous plate before it will be offered for sale in December 2016 in Geneva, Switzerland.

The Plate is thought to have changed hands six times since its initial engraving in 1847, but while there are records of insurance values and rejected offers, no purchase price has been disclosed.

Although purchase prices were not disclosed in these private sales, it is known that an offer, subsequently declined, of GBP 2,500 was made to Loder by the Imperial Postal Museum of Berlin in 1912. In parallel, it is interesting to note that in 1905, Philipp von Ferrary, the then owner of the famous British Guiana One Cent stamp was reported to have said that he would similarly reject an offer of GBP 3,000 for the stamp – certainly an indication that in this period of relative peace and prosperity before the Great War, that the “Plate” was certainly considered to have a value of almost that of the “One Cent”.

When one considers that the British Guiana One Cent was sold in 2014 by Sotheby’s New York for USD 9.5 million, it is clear that the current estimated market value of the Mauritius “Post Office” Printing Plate, no doubt the most expensive piece of copper in the World, probably also extends well into 7 figures.