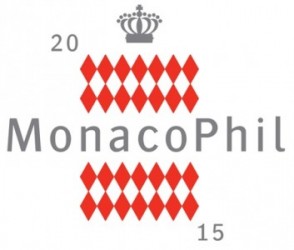 Knowing that the flight time from Geneva to Nice (which was just a short journey from Monaco) was only 40 minutes, I slightly underestimated the time it would take me and Anders to travel there by car when I was asked by friends how long it would take. 7 hours later (and 3 more than I thought…) we were unloading all the displays, catalogues and lots for what is one of the most special events on the philatelic calendar. Common sense meant that we had a trolley with us to perform this arduous task. Others with less foresight (or perhaps with the ingenuity or previous experience) took advantage of the Carrefour shopping trolleys to transport their goods from the underground car park to the venue above. 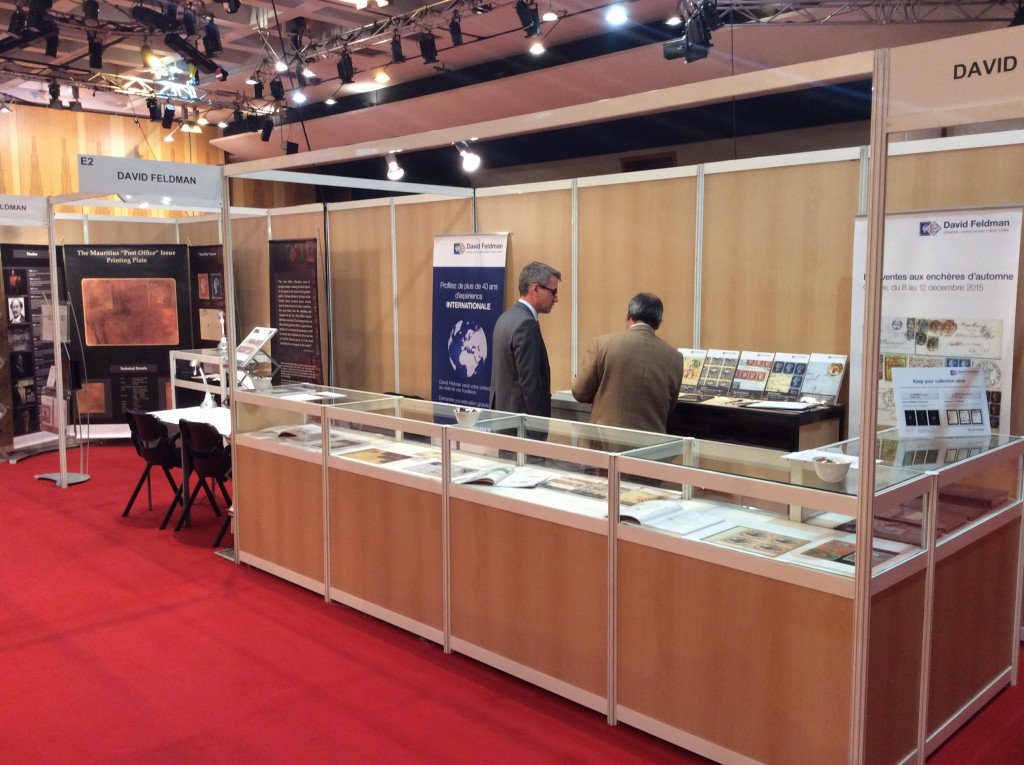 Anders and Marcus putting the finishing touches to the stand

Coinciding with our auctions the following week meant that we had a dynamic stand for this event. Not only did we have the lots from the “Danube” collection and the France & Colonies catalogues available to view, but we also had the Mauritius Post Office plate, possibly on display in Europe by us for the last time.

The first day started at 9:30am, with the eagerly awaited arrival of Prince Albert II of Monaco. When the actual opening of 10am came around, we thought perhaps the Prince would not be able to come, until a throng of people with flashing cameras and phones came around the corner. Expecting the Prince to simply smile and pass by, he actually stopped to greet us and spent a few minutes with David who talked about the “piéce exceptionnel” we had on display; the Mauritius Post Office printing plate. Showing how seriously he takes Monacophil, he told David how he had already heard of the item before thanking him and carrying on with his tour of the hall.

The show continued with strong interest in viewing for the “Danube” collection of Hungary. The streams of clients passing by, many old friends of David’s and Marcus’ gave us the opportunity to show off and test opinion on our latest innovation: The Museum of Philately. Although still in its infancy, most collectors showed enthusiasm for the project, which intends to show exhibits, their rarities and their collectors in the format of an iPad application to allow for easy viewing, zooming, linking and a depth which will hopefully not only appeal to those with the collections but also help to inspire the tech-savvy generation of today. 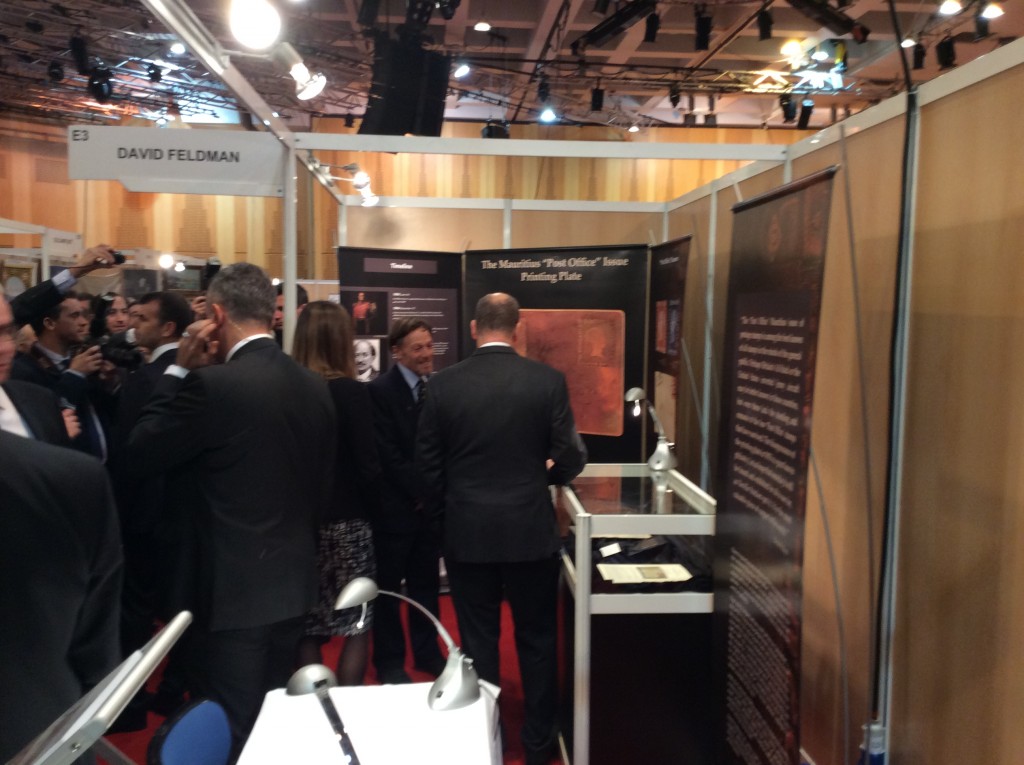 The Prince was also present at the Gala dinner on the opening night, which saw the prestigious dining hall at the Hotel de Paris converted into an icy polar landscape in honour of theme for this year’s show, which saw a competitive exhibition of Polar philately on display at the Car Museum next door. After dinner, a pleasant walk back to our hotel took us down the first climb of the famous Grand Prix circuit and along the start/finish straight, and a slight detour took us up to the Prince’s Palace before we realised we couldn’t get to our hotel without abseiling the cliff face.

The show was concluded with yet another fancy dinner in yet another fancy hotel. This time the Hermitage. Those that provided rarities for the museum display were thanked and given a token of appreciation, including our very own David Feldman who exhibited part of his “Emerald” collection in the Court of Honour. Of course the highlight for many was the famous British Guiana 1c magenta which was on display. Although affected by the years, this unassuming stamp was presented very well with a low back light which helped to bring out the design. A 7am start the next day meant we couldn’t join those who stayed for a “digestif” or two after dinner, but I was quite happy to rest after a busy 3 days, and the knowledge that a week of auctions was still to come!

Our thoughts and prayers go to the family and friends of Max Koesling who sadly passed away during the show.