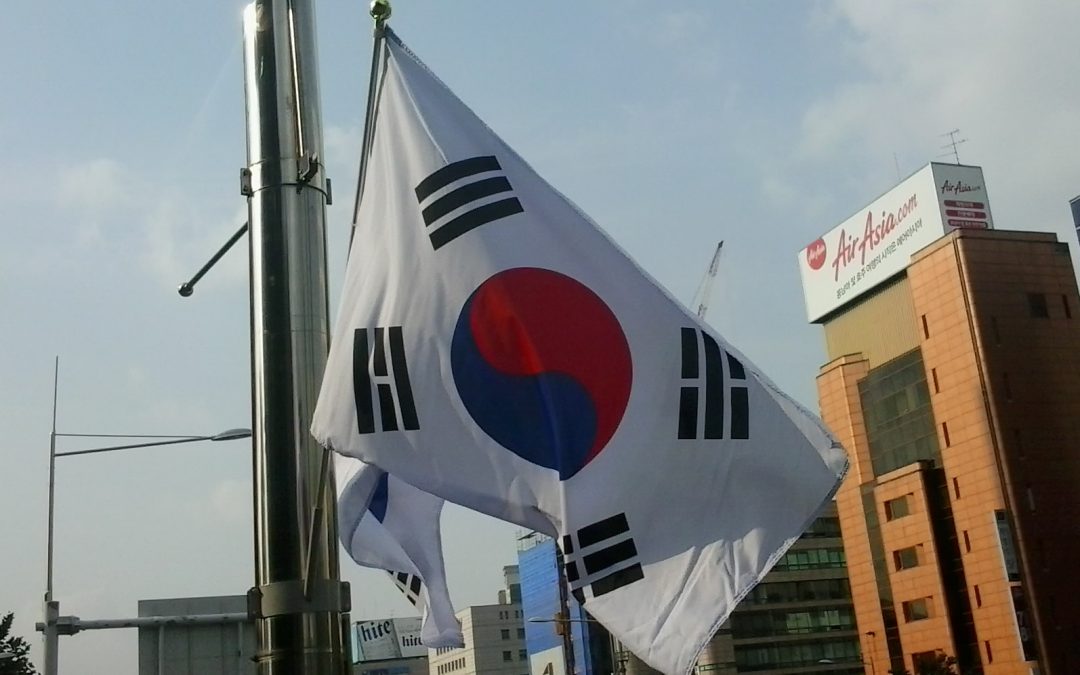 The final day was thankfully short, finishing at 3pm. In the blink of an eye we had our posters packed, Gems of Philately picked up, and were out of the door back to the hotel. Giving us ample time to rest before the main event: The Palmares Dinner. Every International Exhibition hosts a Palmares dinner to congratulate those exhibitors who achieved a Gold or a Large Gold, and to award the top prizes for the best exhibit in the National, International and Championship classes, as well as to “pass on the baton” at the end of the night to the next exhibition.

After the mandatory speeches and congratulatory remarks, it was no surprise that Cheol Kyu Han and his exhibit of “Korea: The Daehan Empire Stamps 1884-1905” took the Grand Prix National, as it was the only collection put forward by the Jurors.

There followed the seemingly mandatory live music, with a duet called “Musical Popera” (the name explaining it better than I ever could). The Gold medals and Large Golds were presented on the stage, which was broken up by another musical performance from a “Fusion Korean Classical Music Group” to quote the timetable of the evening.

The suspense was building for the winners of the Grand Prix International and the Grand Prix D’Honneur as the ballots were counted. Three unconventional collections were nominated for the Grand Prix International (unconventional by usual International Exhibition practice of choosing the most expensive classic collection on display), with a collection of Japanese Post in Korea, Geneva Postal History and a Birds thematic competing against each other. Any suspense in the room however was quickly and abruptly brought down with a bump, when “Geneva” was called down the microphone, before the host of the evening could even get a chance to build it up and getting a half-hearted round of applause as people were unsure if they should wait for the Korean translation first. And the same happened with the Grand Prix D’Honneur, when “Siam Classic” reverberated around the dining room. 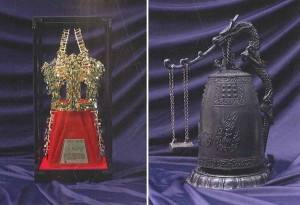 So our congratulations go to Jean Voruz (or “Voruzazan” as the announcer called as she got all Western names the wrong way around) for his “Geneva Postal Services 1840-1862” exhibit, and to Prakob Chirakiti for his “Siam Classic: The First Issue” exhibit. We also wish both of you the best of luck in getting your bulky and unusual trophies back in one piece! (See picture at right; a model of a 5th/6th Century Crown and a Divine Bell!)

And we look forward to seeing everyone at the next big show. For us it could be in Taipei next year, but most likely it will be the one in Singapore.