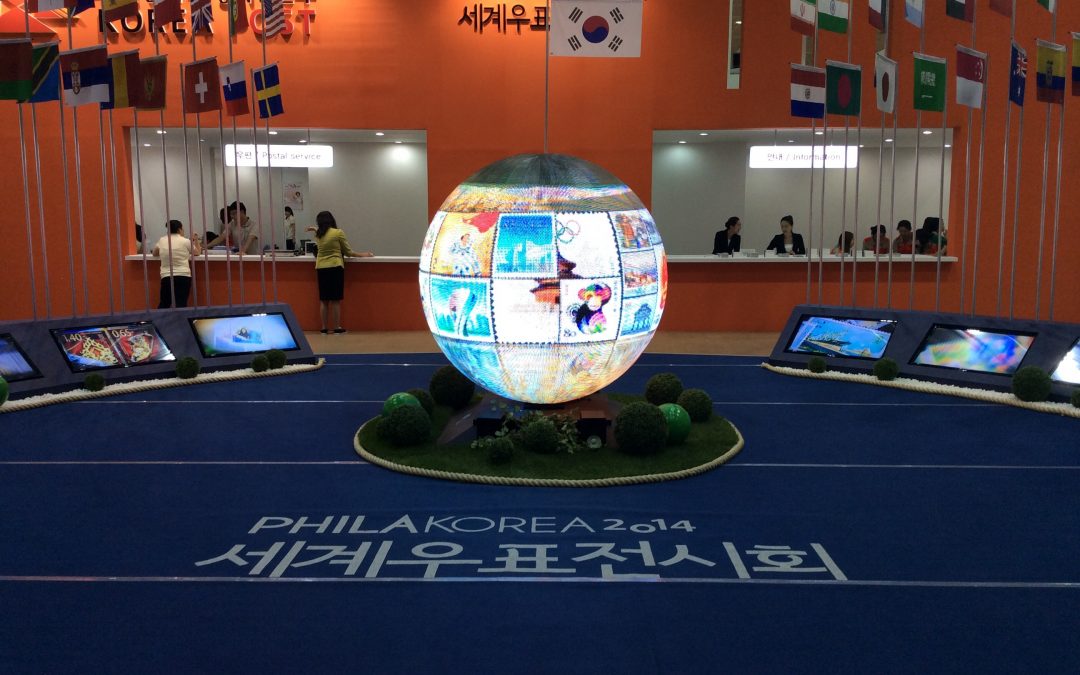 Today was the day that the awards for all the exhibits (except the Championship class) were revealed. There weren’t too many surprises. As always, there were collectors who were disappointed and those that were delighted.

David was disappointed to see that the “Postal History of Belgium’s First Stamps the “Epaulettes” 1849-1851″ belonging to Mr. Huys-Berlingin only received a Gold medal. After the fantastic Karpov collection that we have sold, we have a keen understanding of just how difficult this material is to get a hold of. Seemingly more so than the judges.

Another surprise was the Russia airmail collection of Mr. Frenkel. The collection began with 13 Ballon Montés from besieged Paris sent to Russia! Again David thought it was worthy of more than a Gold as it was replete with Zeppelins and seemed to be a very complete study.

The winner in the three-way Switzerland Cantonals contest was Mr. Goeggel who won a Large Gold. And one of the pleasant surprises was to see Mr. Voruz’s collection of Geneva postal history also receive a Large Gold medal. Hopp Suisse!