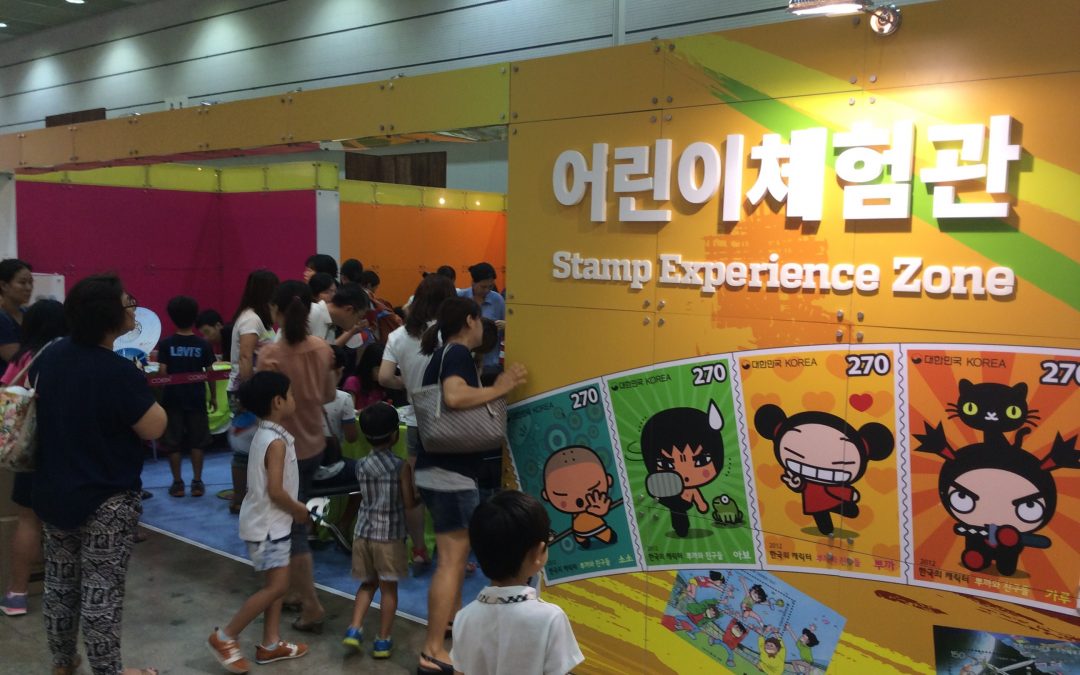 Saturday was similar to the day before but with a much greater number of visitors from the general public and no deafening music! So I was pinned behind the stand in case that all important customer came by. However the day was mostly spent trying to explain that we (“David Feldman Switzerland” as the sign says) didn’t have any Swiss stamps to give for the “Passport”. The Passport is a very popular feature of international stamp shows (and has been for many years apparently) that helps to fund the expenses of various postal agencies, including our neighbours from Botswana Post! Their popularity was evidently boosted by the number of children at the show, with long queues forming for the special events for the children, which included decorating postbox stamp-dispensers. 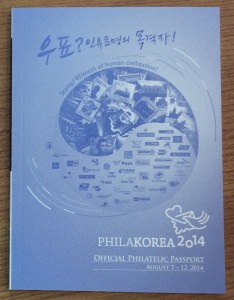 The day was capped off by a buffet dinner and presentation held by the Taipei 2015 stamp show committee. Gin and tonic (better known as stamp dealer’s tonic apparently) was gratefully received by those inclined!