Coming Up: Handwritten Letter From Gandhi 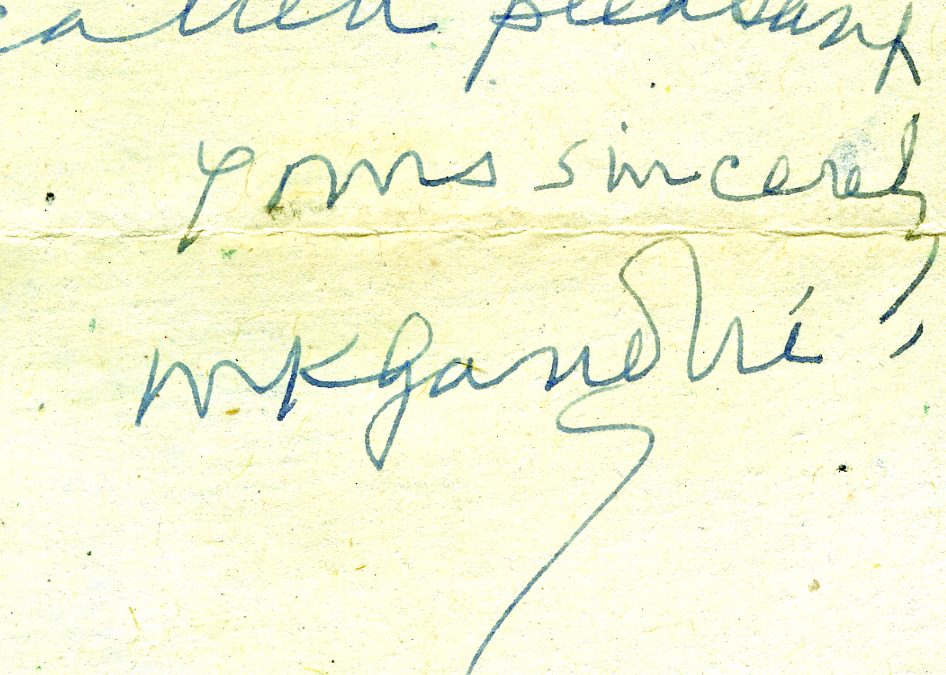 1942 Complete handwritten letter from Gandhi to Sir Francis Wylie, with printed header of Sevagram (the place of Mohandas Gandhi’s ashram), with poignant end note about the war (“if anywhere at this time life could be called pleasant”) and signed “M K Gandhi” at the end.
Also including a letter from Rajkumari Amrit Kaur, a fellow activist in the India Independence movement, with the same printed header to Sir Francis Wylie, with interesting content about Gandhi and her beliefs of peace during WWII: “It is good to be back with Gandhi. He is the only person today who possesses good will for everyone on earth as well as faith in mankind”

Transcription:
Rajkumari showed me your letter containing reference to one. I must plead guilty. I was angry over what I considered to be unworthy of you of whom I had glowing accounts. I had been told that you were a follower of Tolstoi [the Russian writer] I could not very well write to you about my great grief. For though I have accepted your objective, I was more grieved than angry needless to say that I would have been deli

ghted to have your son with me. He would have enjoyed the novel life at Sevagram. And of course I was and am sorry that we could not meet each other though we were so near each other. I hope that you are having a pleasant time in Afghanistan, if anywhere at this time life could be called pleasant. M K Gandhi
Estimate: € 15’000 – € 20’000

This exceptional letter will be offered in our upcoming Indian auction which will take place in Geneva on May 26, 2014. 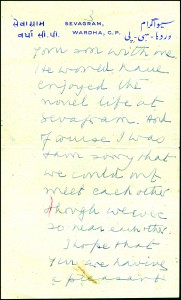