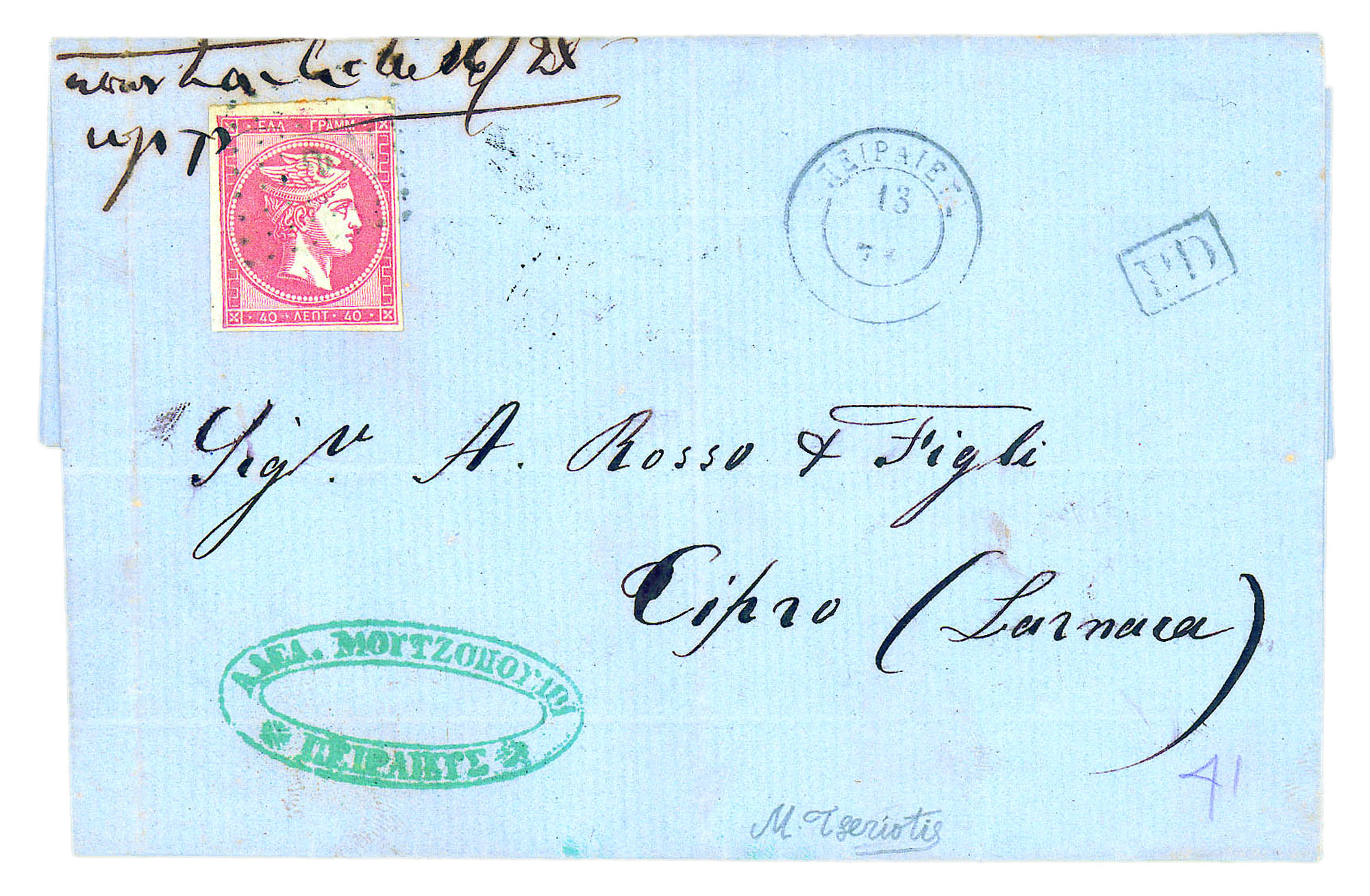 Highest price ever for a Greek item.

1871 (July 13) Folded cover from Piraeus to Larnaca, Cyprus franked with the 40 lepta “Solferino”, lilac-rose on greenish, and dated according to the Julian calendar.

The stamp in absolutely SUPERB condition is tied by the Piraeus “2” numeral cancel and additionally tied by the recipient’s pen endorsement. Frontside also bears a Piraeus cds and boxed “PD” indicating full payment to final destination.

The back side of the cover shows the “LLOYD AGENZIE SMIRME – 27/7”   transit cds, dated according to the Gregorian calendar.
The 40 lepta was at the time the normal rate for letters carried by Lloyd’s ships from Greece to ports in the Levant where the Austrian company operated Offices.

(The contents of the letter refer to the terms and arrangements for a shipment of carobs from Cyprus. The chocolate coloured pod of the carob tree is often considered “the black gold of Cyprus”, it had been for Centuries the most important source of income for the island. It was used for a multiple of the most purposes, from animal feed to chocolate substitute, even widely used in the process of making photosensitive film for movies in the first decades of the 20th century.)

There are thirteen examples of the “Solferino”, one of the world’s mast famous stamps. Eleven are used singles, eight of which have defects, one is used on small fragment and one superb on complete cover. This is the cover – Number X of the Williams classification.

A great World rarity in the most desirable state. Undoubtedly the most important and valuable item in Greek philately and in this collection, it comes on the public market for the very first time!, cert. Tseriotis

Our reception is open Monday to Friday from 8am to 5pm.