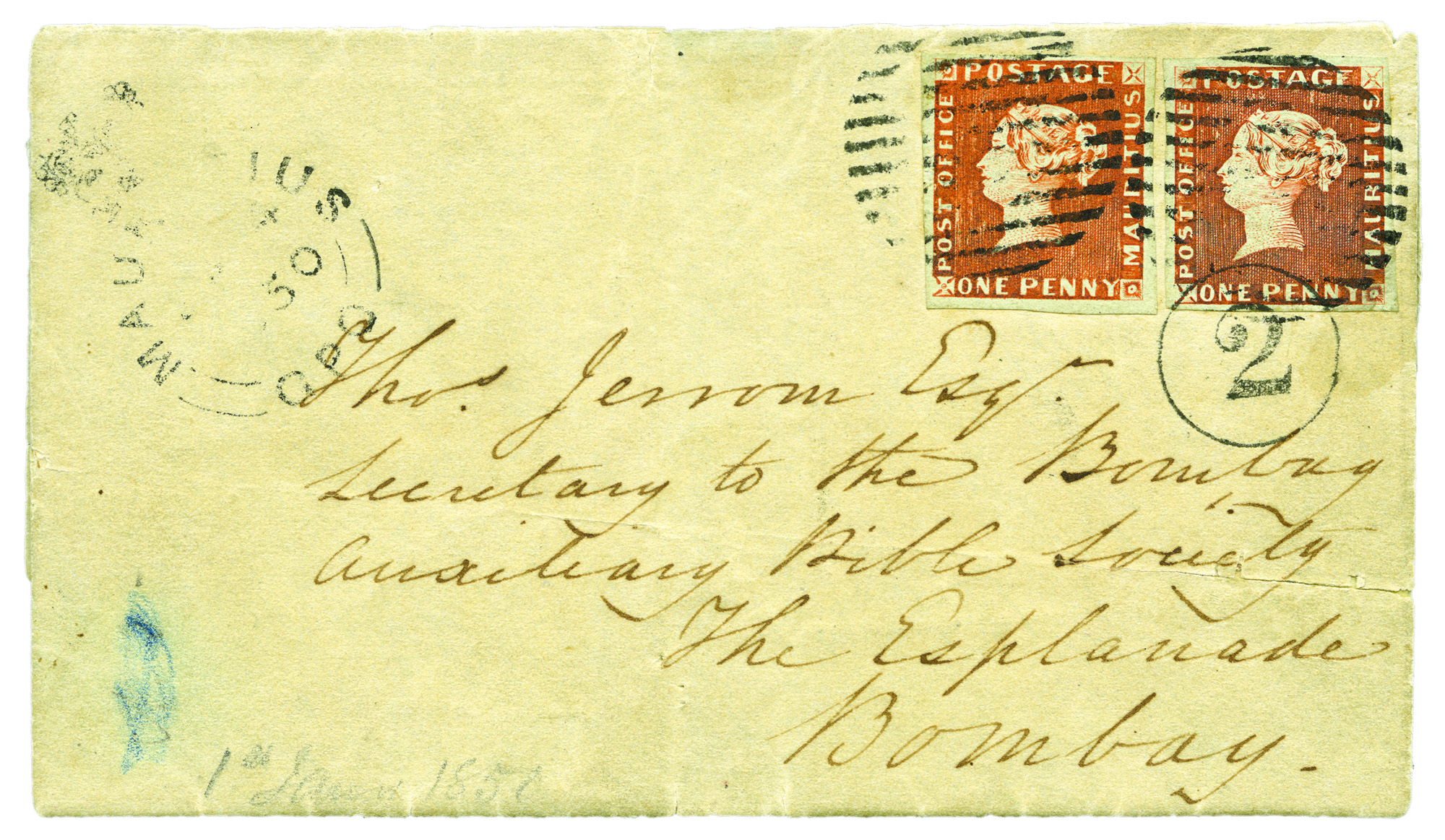 One of the “Crown Jewels” of philately and considered by many to be the greatest philatelic item in existence.

“The quintessence of philatelic superlativeness”

The stamps are of contrasting shades and impressions – the right stamp very sharp and the left a little heavier – indicative of the primitive printing methods of single impression from a copper plate on a hand press. Both stamps are of a brilliant colour and fresh with unusually large margins all round.

The cover has a small cut at right below “Society” in the address panel and has also been reinforced at the joins.

Of optimum quality for what has been universally recognized as one of the “Crown Jewels” of philately.

Bearing the two finest examples of the Post Office One Penny issue this cover realised the highest price ever for a philatelic item in 1968 (Dale Lichtenstein auction) and can be considered to be on a par with the British Guiana One Cent which was recently sold by Sotheby’s for US$ 9.5 m.

Our reception is open Monday to Friday from 8am to 5pm.