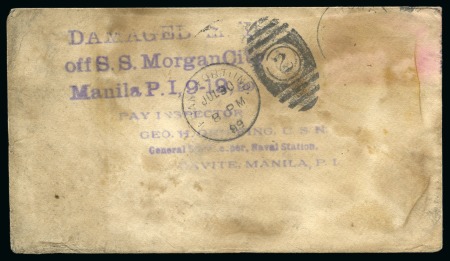 Note: The troopship “Morgan City” left San Francisco on August 10th and went down off at Innosimo in the southeast coast of Japan. All persons were saved, but the mail could not be removed during the sinking, being later salvaged by divers.