Has PDF Scans
Back to catalogue: Russia & Soviet Union Previous lot Next lot 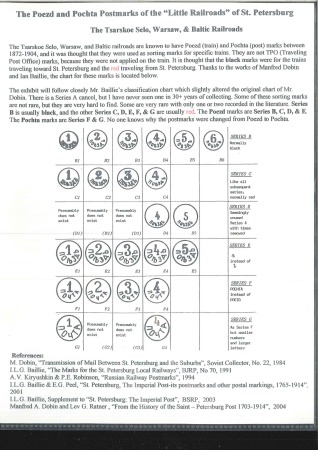 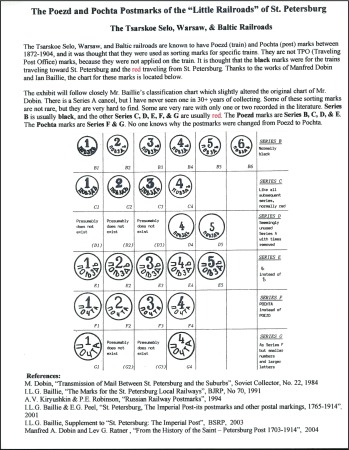 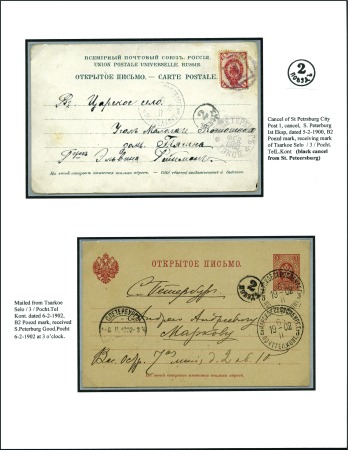 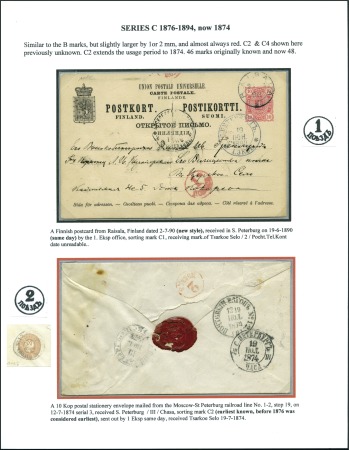 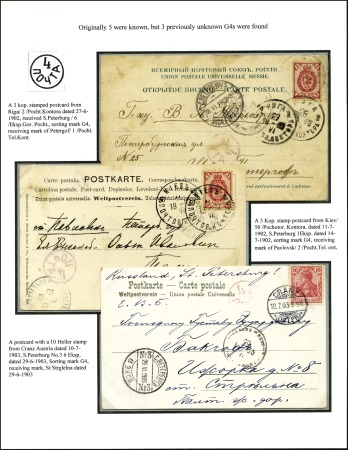 1872-1904 EMPIRE: The Poezd and Pochta Postmarks of the “Little Railroads” of St.Petersburg: Attractive one frame exhibit on 16 pages neatly presented and knowledgeably written up. The collection studies the Tsarskoe Selo, Warsaw, and Baltic railroads that have Poezd (Train) and Pochta (Post) markings between 1872-1904, it was thought that they were used as sorting marks for specific trains. They are not TPO marks, because they were not applied on the train. It is thought that the black marks were for the trains travelling towards St. Petersburg and the red travelling from St. Petersburg. The scope of the collection shows covers and cards with Dobin & Ballie Series B in black and other Series C, D, E, F & G all in red, an excellent basis for study and expansion (31 covers) (Est. € 2’000/3’000)