Back to catalogue: Rarities of the World in Partnership with MSF Previous lot Next lot 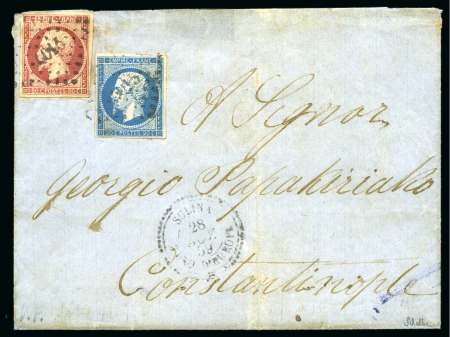 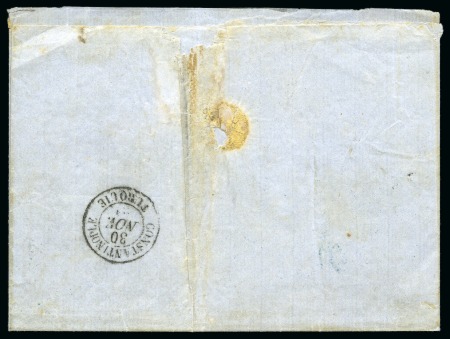 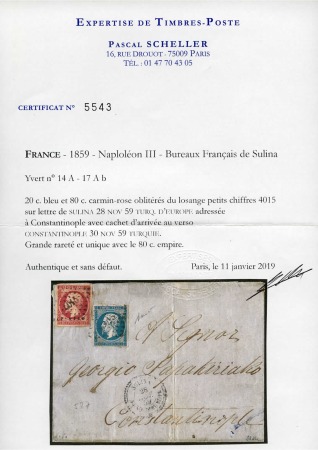 THE MOST IMPORTANT ITEM OF THE FRENCH P.O. IN ROMANIA

French Post Office in Sulina. 1859 (Nov 30), folded cover to Constantinople, franked by well margined examples of Empire imperf. 20c blue, type I, and 80c carmine-rose, both very fine with full margins, each tied by small numeral ‘4015’ hs with matching ‘SULINA/TURQ. D’EUROPE’ cds alongside, backstamped on arrival; only four covers are known exhibiting the small numeral postmark of Sulina, of which three bear the 10c + 40c single rate franking, this being the only cover recorded showing the usage of the Empire 20c and 80c values in Romania, the most important item of the French Post Offices in Romania