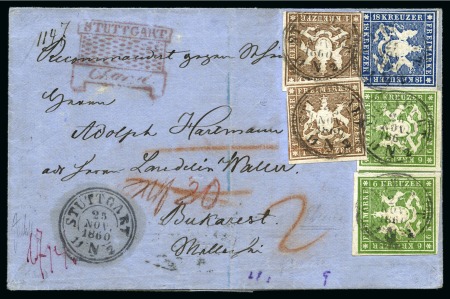 Note: 32 kreuzer franking paying the second weight letter rate as confirmed by the ‘2’ red crayon at lower right, with 6 kreuzer registration fee being paid in cash