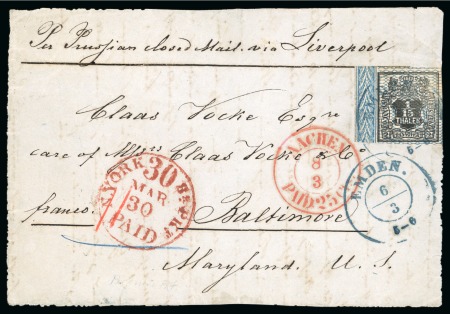 Note: According to the 1852 Prussian-U.S. Postal Convention, the single rate was 30 cents per 1/2oz, including 5c for the U.S., 5c for Prussia and 20c comprising transit fees between both countries.