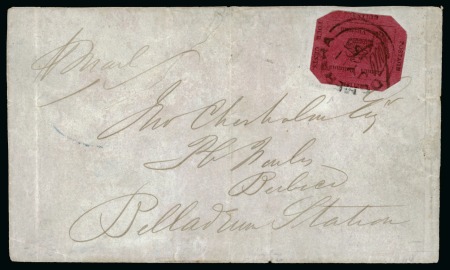 THE « OSCAR A. SCHENCK » COVER FRONT

This example exhibits a surprisingly light shade which could be also easily classified as rose-carmine. The 4 cents rose-carmine (SG 25) does not exist on cover, so if this shade will be eventually accepted, it would represent a unique use on cover.