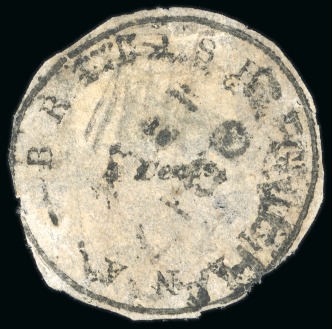 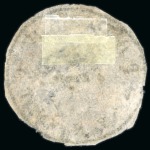 1850-51, 4 cents black on pale yellow, pelure paper (very thin and transparent, almost onionskin), Townsend Type B, with initials of postal official Lorimer « WHL », cut round with mainly clear and almost complete margins, tear at right, with central 17 October 1851 Demerara datestamp; the very harsh BPA certificate states « small thins and tear at right, colour washed out », which is to be put in relation with the description in the Robson Lowe sale of the Frederick T. Small collection, where the stamp was described as with « fine small natural paper fault »; (SG £25’000).

To our knowledge, only ten cut-round examples are known in private hands, also including one on cover (offered in this sale). A GREAT RARITY IN WORLDWIDE PHILATELY.