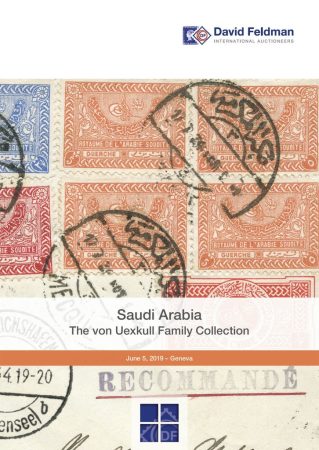 We are proud to present the von Uexkull family collection, built up over forty years, was awarded the first International Large Gold Medal ever given for a collection of Saudi Arabia at the WIPA, Vienna, International

in 1981. It has since been exhibited in the Collector’s Club New York, Royal Philatelic Society of London, Abu Dhabi (2011, Invitee Class) and formed one of only two collections worldwide awarded a Large Gold Medal at the Doha UPU Congress (2012).