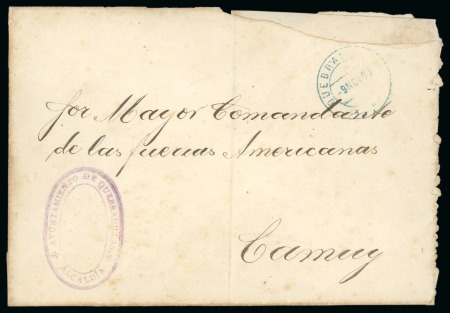 Note: The Quebradillas Provisional was made by altering the city mayor’s official seal, removing the Spanish symbols inside. As in the other few towns with Provisionals, the mayor’s office had control of the mails during the interim period before stamps became available.