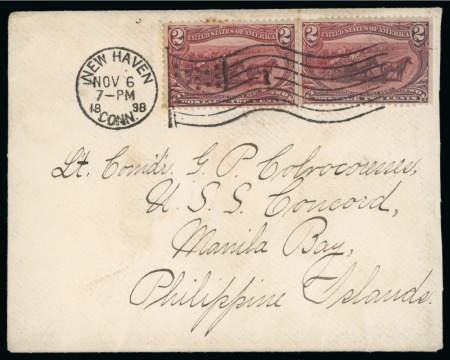 1898 (Nov 6). Inbound cover addressed to the USS “Concord”, stationed in Manila Bay, franked by Mississippi 2c (2) tied by New Haven machine cancel. In January 1898 the “Concord” returned to the Asiatic Station and joined Admiral George Dewey’s fleet in the Spanish-American War; after the battle, the “Concord” supported U.S. Army operations in the Philippines during the Philippine-American War.