Back to browsing page Previous lot 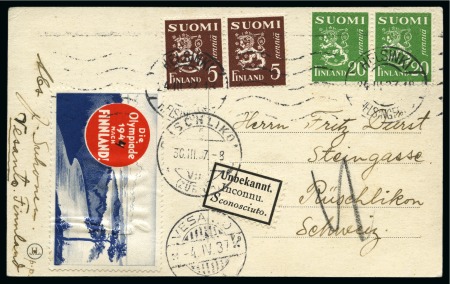 1940 Helsinki official vignette in German tied to postcard with ms “4” making the date on the vignette 1944, at the time after Japan had been awarded the 1940 Games and Helsinki had announced their candidacy for 1944, and before Tokyo renounced their organisation of the 1940 Games, a nice showpiece