Has PDF Scans
Back to browsing page Next lot 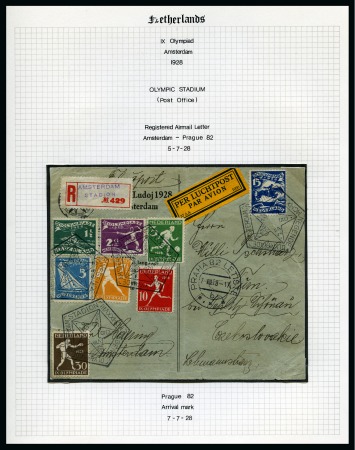 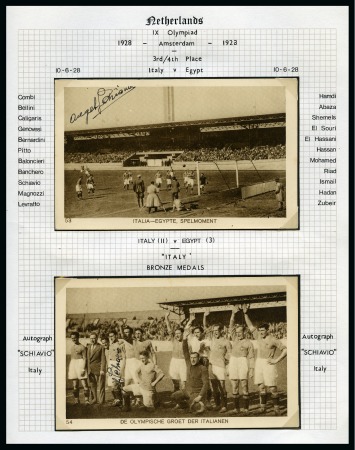 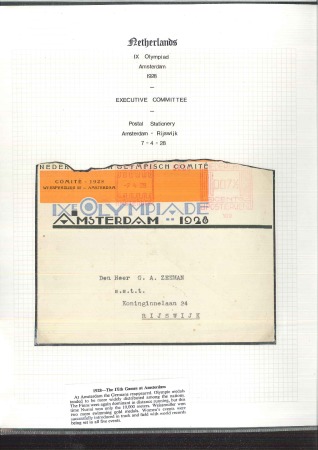 1928 Amsterdam collection written up in an album with emphasis on Football, starting with an Olympic Committee envelope (roughly opened at top), Esperanto sheet with complete Olympic set tied by Olympic cancels, set on cover with “Olympic Games 1928 / Amsterdam” legend in Esperanto with Olympic cancel and Stadium registered label, then a section of Olympic cancels on cards/covers on the days of the football matches (16) with official postcards of the stadiums, teams and matches throughout (39 of the football), through to the final replay, incl. 3 ppc’s signed by Italian goalkeeper Schiavo, as well as a cover with the set sent on the day of “Consolation Tournament” from Rotterdam where it was held (which was ratified by FIFA as it was not organised by the Dutch OC), a great lot and difficult collection to repeat