Has PDF Scans
Back to browsing page 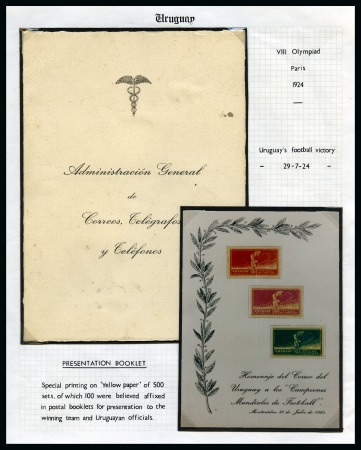 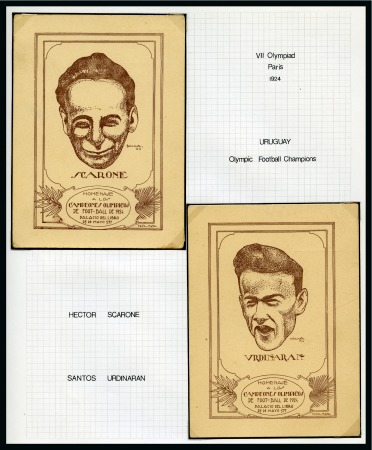 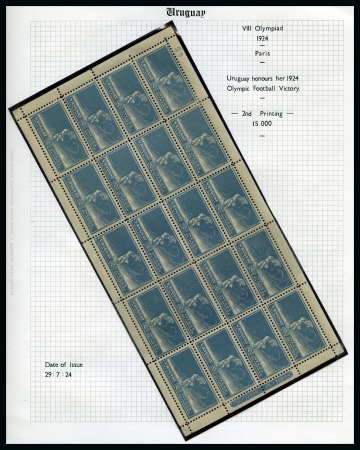 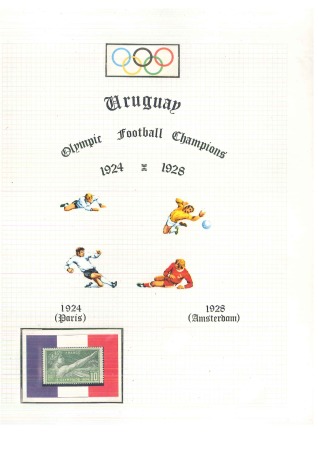 URUGUAY: Collection of the gold medal winning Uruguay football team, starting with France 1924 Olympics mint block of four, several items on the Samothrace statue that was used on the Uruguay commemorative issue, Uruguay set of 3 on registered cover with special cancel, presentation folder from the Uruguayan Postal Administration with the rare set of three on yellow paper, set of 11 postcards by Pena-Plata depicting illustrations of the players’ heads, two different picture postcards of the team with the set tied by the special cancel and the stamps individually on three ppc’s of the team, set of three in complete mint sheetlets of 20, a few unused picture postcards, etc. a lovely lot celebrating this legendary team