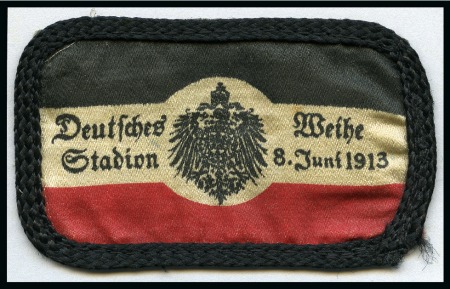 1913 Berlin memorabilia: Winner’s medal awarded by the German Sports Federation in bronze, 50mm, with legend “Dem Sieger im Olympia Prüfungskampf”, other side with profile of King Wilhelm II, several nicks to the edges; a commemorative medallion of the inauguration of the stadium in aluminium and a sew-on patch to commemorate the inauguration (affixed to card), a rare group