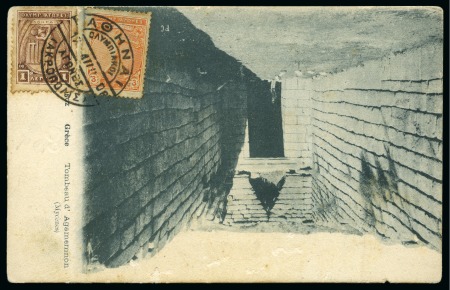 1906 Athens collection of covers, cards and Olympic picture postcards incl. “OLYMPICS / ATHENS / ACROPOLIS” cds on two postcards (dated during te Games on 17th and 19th Apr) and on a single Olympics 1D, two postcards with “OLYMPICS / ATHENS / STADION” cancels, 30+ postcards mostly of the Olympics and used incl. two depicting teams in the Games sent from Cyprus and one with official vignette just tied, plus one commercial cover and a 20l on fiscal document