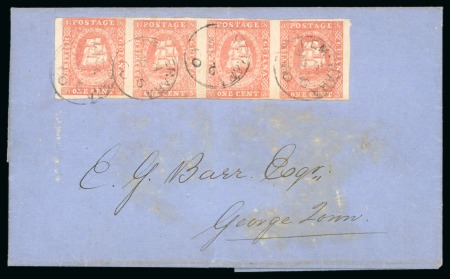 THE “FREDERICK T. SMALL” STRIP OF FOUR ON COVER