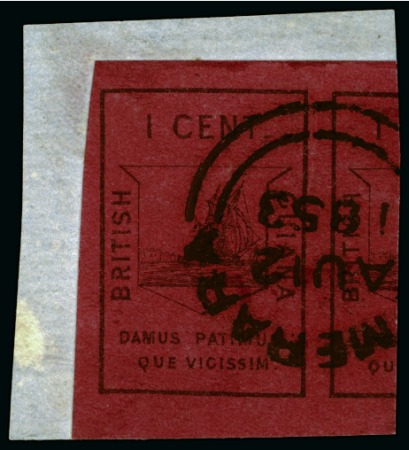 1852 Waterlow 1 cent black on magenta, a huge margined example showing a large portion of adjoining stamp at right, used on fragment by uncommonly neat Demerara cds on 12 August 1853, brilliant vibrant colour and without any rubbing as usually found; (SG £5’500).

An extremely fine exhibition gem in an unbeatable state of preservation, the finest single example available and, consequently in this issue usually plagued by faults, of enormous significance.

Frederick T. Small (where it formed a vertical pair with the next lot dated 12th August 1853)