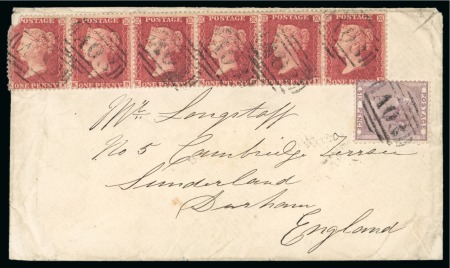 1860 Cover from Demerara to Sunderland, franked by strip of six 1d red and single 6d lilac paying double the uniform British Packet rate of sixpence, tied by “A03” numeral oval of Demerara, struck on flap with matching 24 March despatch cds, one 1d faulty at left; a rare franking with this combination of values, not being noted by Townsend and Howe.