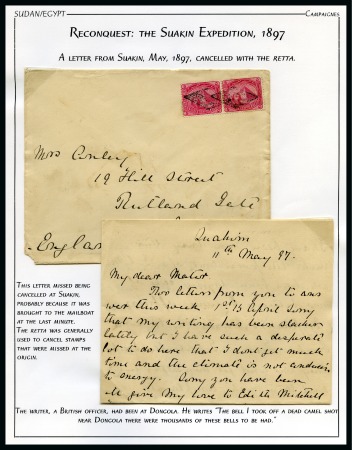 SUAKIN (SUDAN): 1897 (11.5) Envelope from written from British Officer originally in Dongola, from Suakin to London, England, franked 1888-1906 5m rose-carmine, pair, neatly cancelled by retta cancels, with enclosed letter stating “The bell I took off a dead camel shot near Dongola there were thousands of these bells to be had”, unusual and very scarce