Has PDF Scans
Back to browsing page Previous lot Next lot 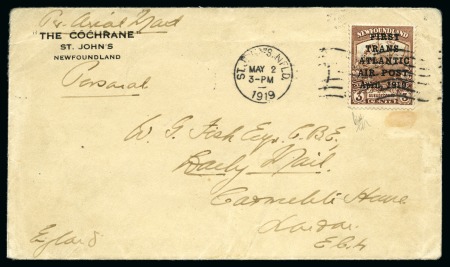 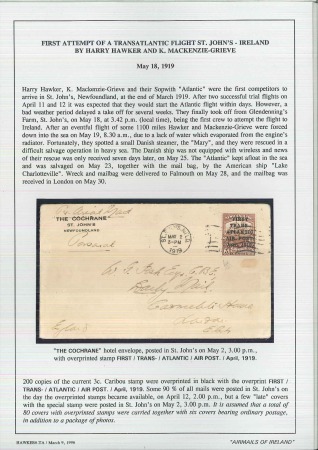 Offered together with part military Telegraph communique advising of the departure of Hawker and Grieve with ARMY SIGNALS cds, plus postcards depicting the aviators and wreckage of the airplane, newspapers covering the flight, and a commercial card supposedly carried in the cockpit, cert. Holcombe

This cover was carried on Hawker’s pioneer transatlantic attempt to fly from Newfoundland to Ireland, which failed and the aircraft ditched into the Atlantic after 1100 miles across. The mail was emersed in sea water and rescued 4 days later. Most of the stamps were washed off the covers but were later replaced.