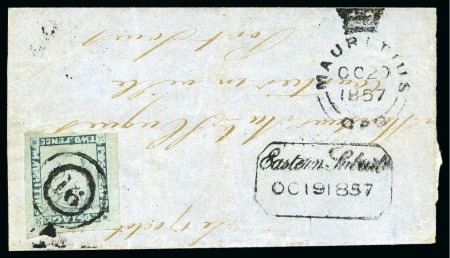 Note: Kanai states that this office „was opened in 1851 and probably existed for a few years as it does not appear in later Post Office lists and No. 16 is recorded as being used later in Rivière Such, presumably after Eastern Suburb closed“. It is presumed that Eastern Suburb may be another name for Rivière Sèche. This example features the finest strike of this fascinating postmark.