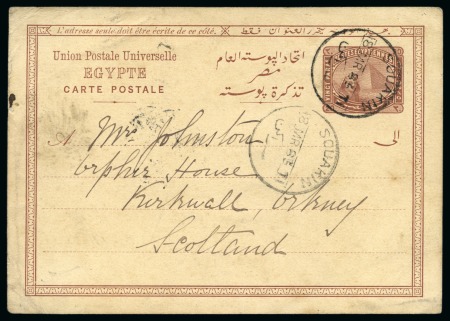 Note: This postcard is from H. Johnston, a member of No. 3 Field Hospital. The hospital was in charge of a Surgeon-Major, assisted by two Surgeons. It was the last of the four field hospitals to arrive, and was permanently stationed in the camp, when, towards the end of the military operations, it received sick from the Cavalry and Mounted Infantry