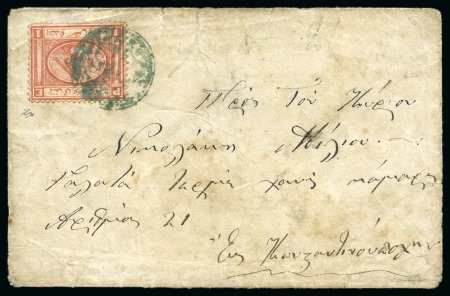 1870 Cover from Galipoli to Constantinople, franked 2nd Issue 1 piastre red, tied by circular negative seal handstamp of Galipoli in green paying the single rate, undated and without backstamp of arrival, but believed to be 1870, somewhat soiled and wrinkled, an important showpiece

Rarity: The only known example of this negative seal on cover